Indebted to the wrong people, with his life on the line, veteran of the U.S. Cavalry and now hired gun, Booker DeWitt has only one opportunity to wipe his slate clean. He must rescue Elizabeth, a mysterious girl imprisoned since childhood and locked up in the flying city of Columbia.
$29.99
상점 페이지 방문
지난 한 주간 가장 인기있었던 공식 또는 커뮤니티 제작 콘텐츠입니다.  (?)
Game crashes after view minutes
I built a new Pc and every game works fine, exept bioshock infinite. it crashes after view minutes and the whole pc restarts. I tryed reinstalling Windows and the game it self, i also reinstall al my grafix drivers but it still crashes. Does enyone know what i can do to fix the problem? AMD Ryzen 5 3600 radeon rx 5700 xt 32 gb ram...
7 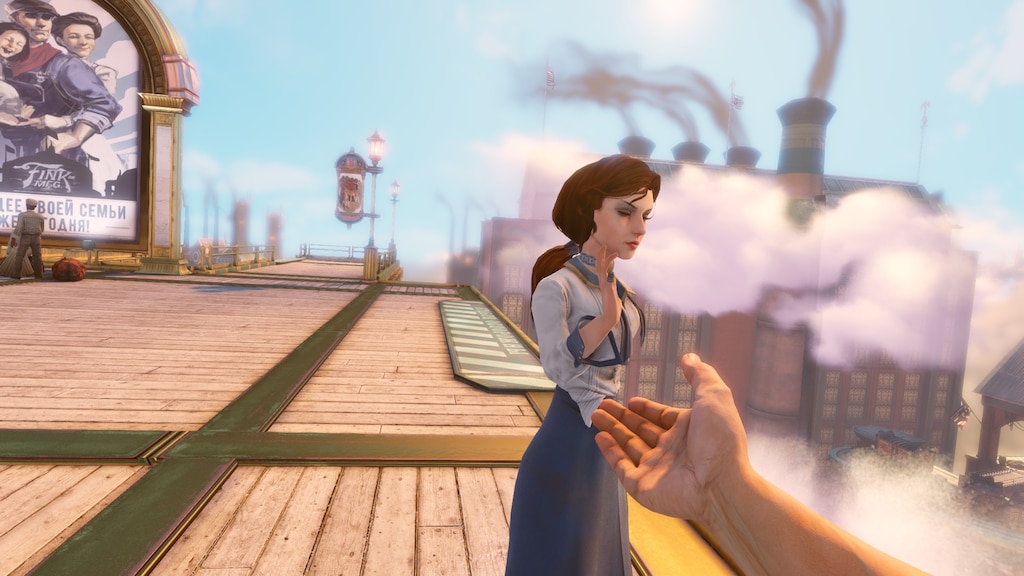 1
91
Elizabeth did not forgive Booker 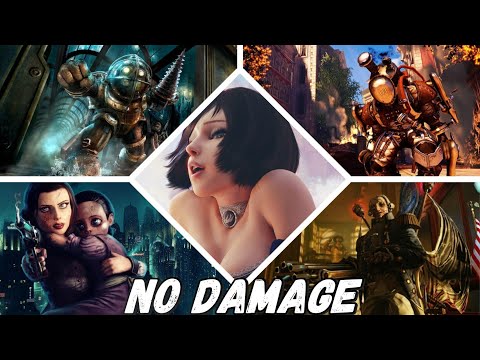 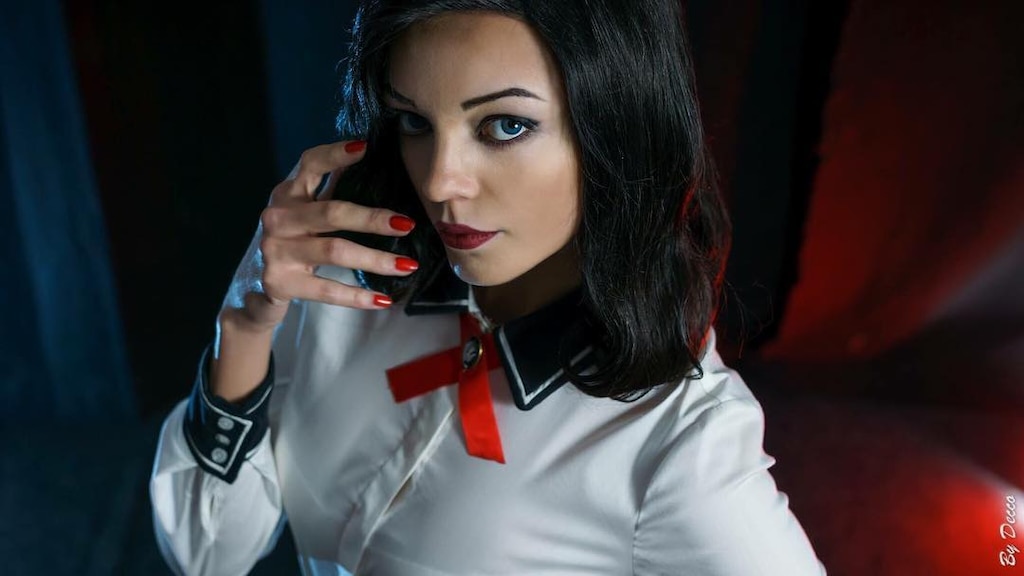 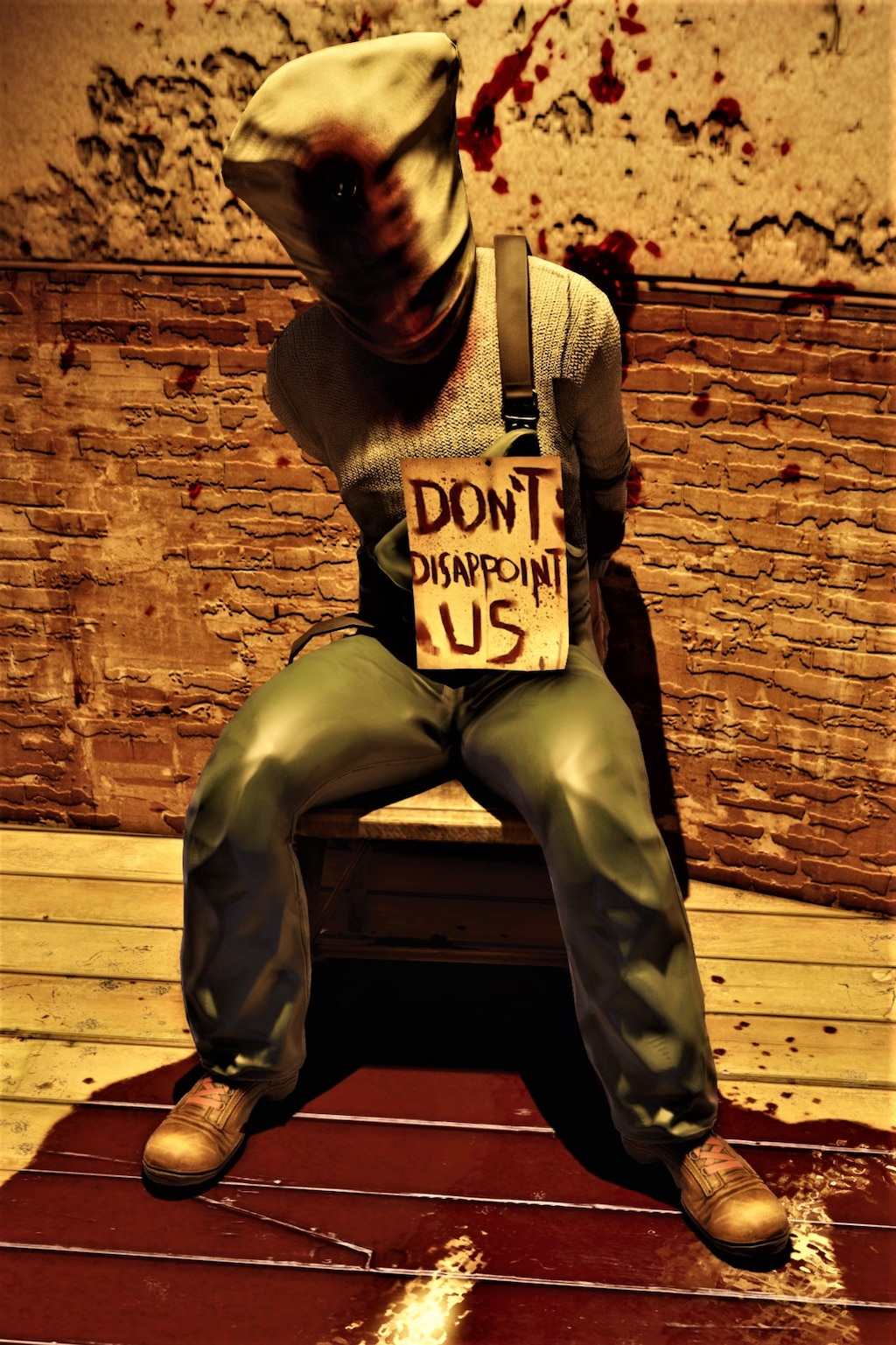 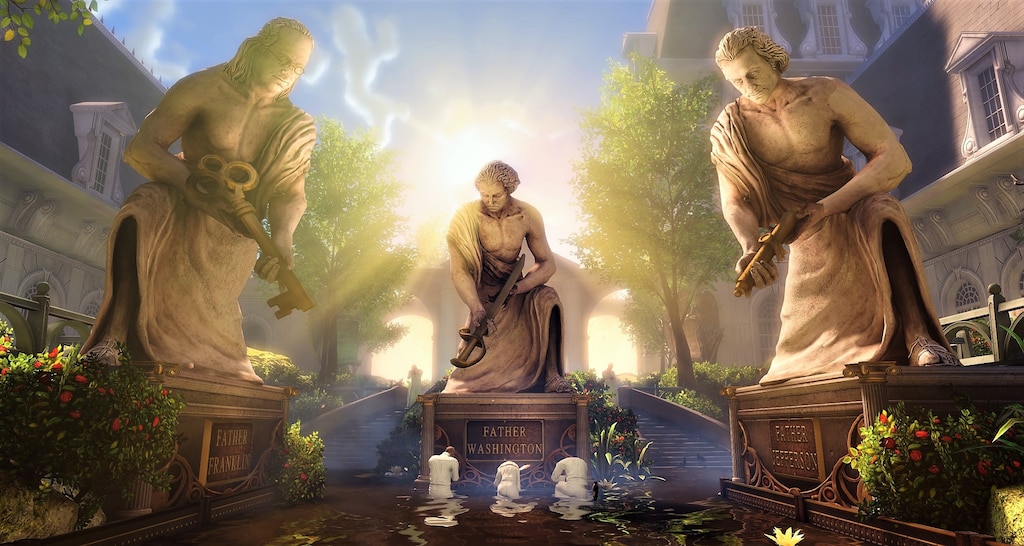 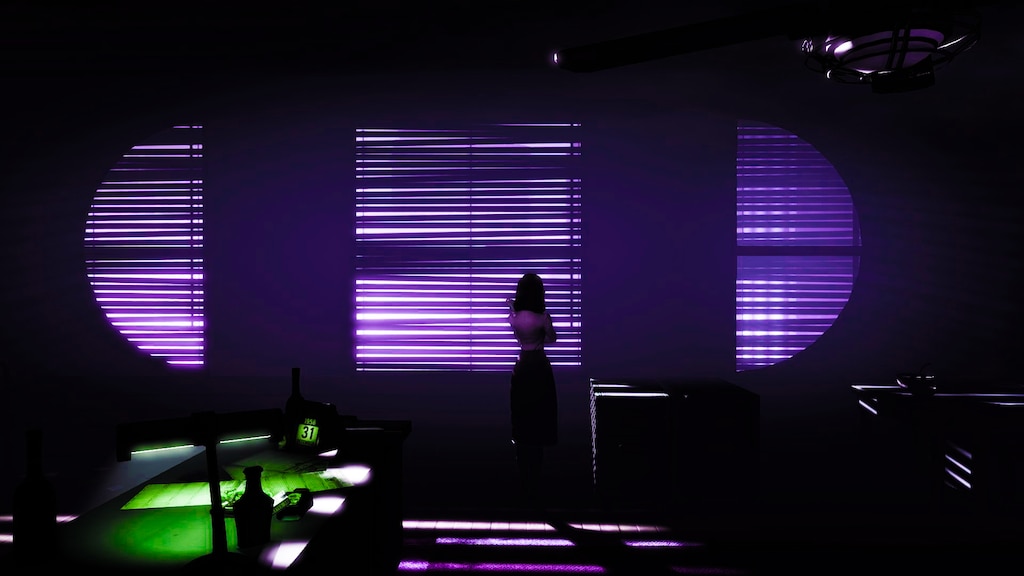 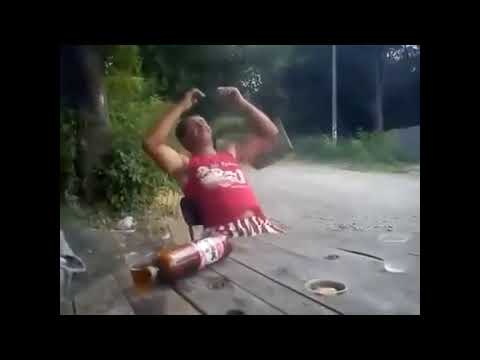 WhiteFledder
비디오 보기
This game is disappointing?
Who agrees with me that this game isn't very good? Bioshock 1's Big Daddy and Little Sister fights are more interesting than any of the fights in Bioshock Infinite. Bioshock Infinite is just......... boring. Sorry./
52 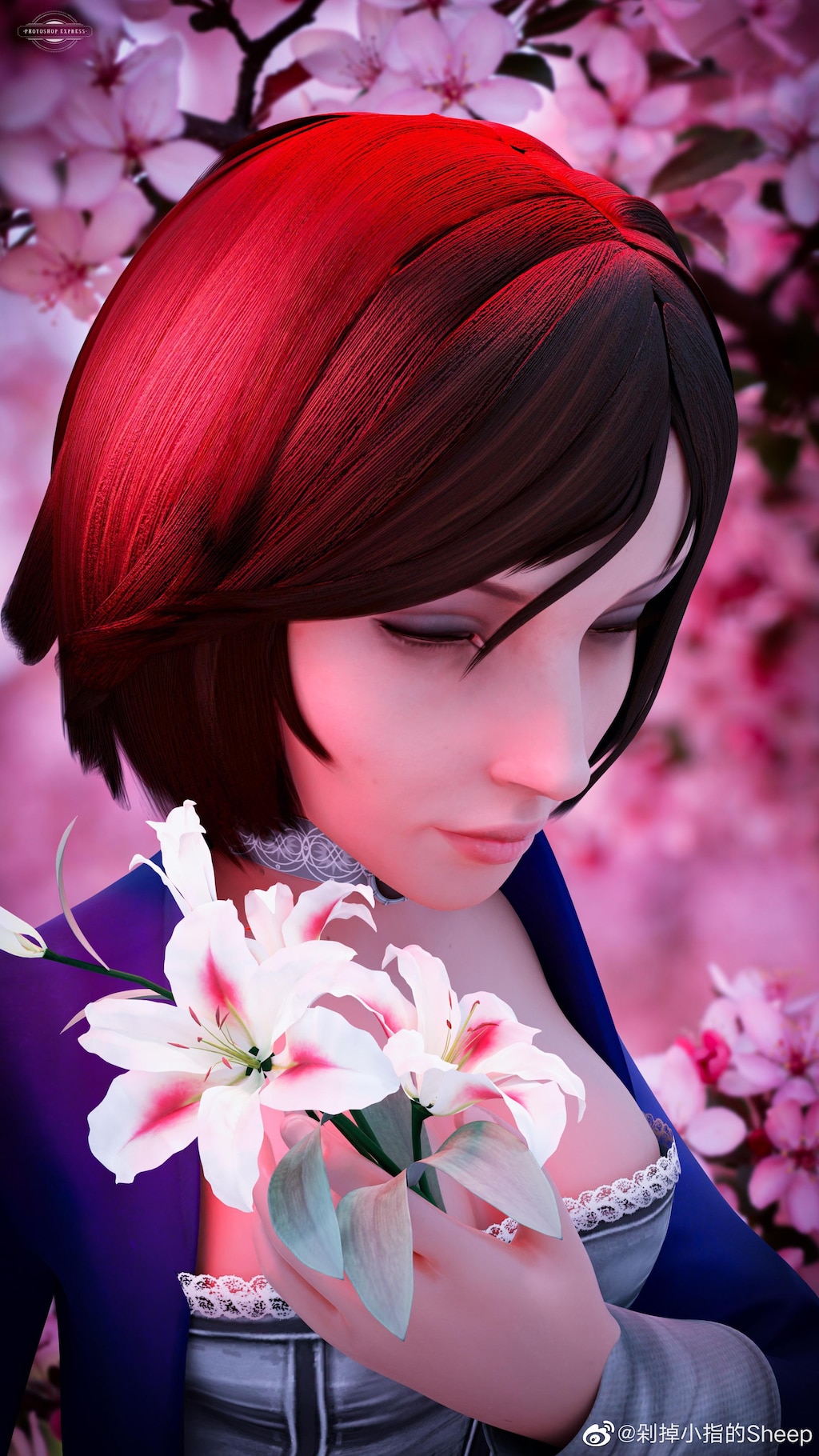 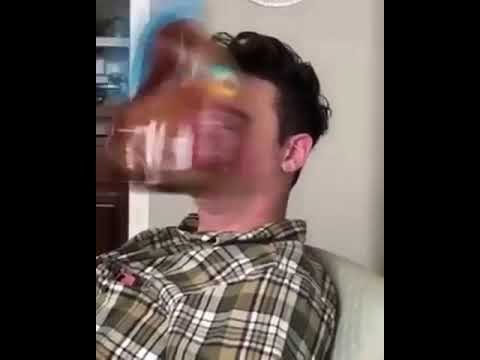 WhiteFledder
비디오 보기
Why don't people like the story?
I've seen a lot of people who seem to despise this game for what seems to be no apparent reason. I very much understand disliking the combat compared to Bioshock 1, it's definitely a big step down, but what is wrong with this story exactly? I've played through it twice now (playing a third time through on PC) and in my opinion it's absolutely amazing. When I first finished it I was amazed at the ending. I would really like to hear what you think!...
26 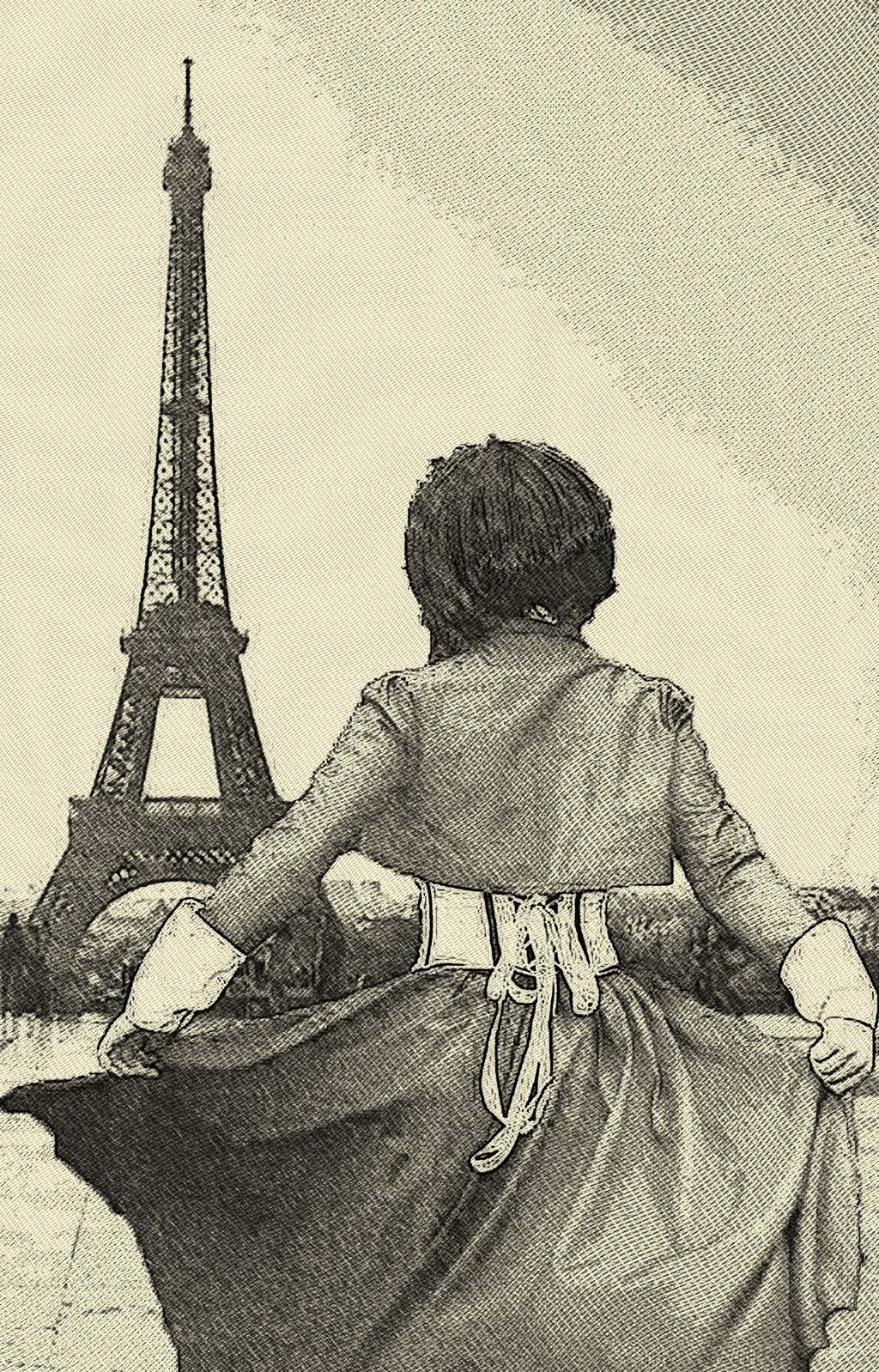 추천
기록상 2.5시간
I wanted to write a small joke review for Infinite, but… There’s something to be said here.

When I played it back in 2013, I finished it in two days and for the next week was walking around with my jaw dangling around my ankles. Oh, what a visual style! Oh, how they twisted the plot! Oh, what an impactful story!

That is all true, but now after all these years and having replayed the game 3 times, I understand something very important for the understanding of Infinite and Bioshock in general. It’s an emotional rollercoaster. In both senses. On the one hand, it masterfully takes you from super-highs to super-lows and back, but on the other it pretty much sells you pre-made, pre-packed, pre-cooked emotions and squeezes them out of you with simplistic narrative contrasts, awe explosions and shock injections. And that’s impressive but… Cheap.

There’s no subtlety, no nuance. The only nuanced thing in this game is probably the never-mentioned incestuous subtext, and even that might be something that wasn’t actualized simply because it was considered too obscene to shove in the player’s face.

Let me illustrate my point. The very first hour. Walking across the marvelous city. Celebration. Colorful fair. Bliss. Foreboding, but at the moment – glorious. People relax, eat, drink, chat, enjoy themselves. Then – the raffle, the culmination of the celebration, the singing, the merrymaking. And then – after a small ominous interlude – an atomic explosion of violence: right in the middle of the staring whooping crowd you peel the off a man’s face with an industrial appliance. In the next two minutes you will kill two dozen arguably innocent people. I think it’s the most terrifyingly beautiful scene of contrastive violence I have ever seen not just in a game, but in any medium. This first hour and this scene carry the rest of the game on their shoulders. They set the tone in bronze, and this contrast will be repeated time after time. Without this massive Alpha impression it would play as a compelling TV-series rather than a compelling interactive experience.

Infinite will always remain a landmark of my aesthetic scenery, but I also feel like I’ve been had. It’s beautiful, but it’s also a simple blockbuster. It made me feel for the characters in fantastical circumstances that are hard to relate to without cheap emotion-squeezing.

And it also intruded upon the old BioShock in the DLCs. And that fact completely exposes it as an entertainment-first franchise.

추천
기록상 16.4시간
I loved it, the storyline, combat including for Dlcs, overall for a person who never played bioshock games this was fresh experience for the hardcore lover of single player Campaign. 10/10 !!!!!!! Cheers 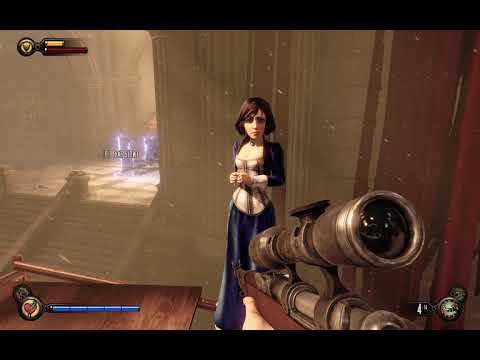 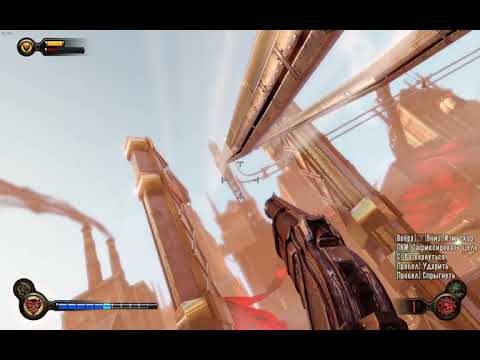 How To Cheese The Whole Game
Simply put: a guide with easily-abused weapons and vigors, and how to use them and build a character around them. Intended for 1999 mode.

`arii*
모든 가이드 보기
What Ken Levine was trying to say?
I am writing this right after i finished the base game (have not touched DLCs yet) and first i want to express my impressions about Infinite. I like the shooter component of this game, i think it became way much faster and i used tonics way more frequently than in first bioshock, so yeah, i like that. But i would say that even common enemies kinda spongy even with upgraded weapons (i beat the game on 1999 difficulty), but anyway, I was never bored when it came to shootouts. In terms of level design, i wou...
17