Game of the Year - The Game Awards 2019, Best Action Game of 2019 - IGN. Carve your own clever path to vengeance in the award winning adventure from developer FromSoftware, creators of Bloodborne and the Dark Souls series. Take Revenge. Restore Your Honor. Kill Ingeniously.
$59.99
Visit the Store Page
Most popular community and official content for the past week.  (?)
lady butterfly bruh
this ♥♥♥♥♥♥ is messing me up
18 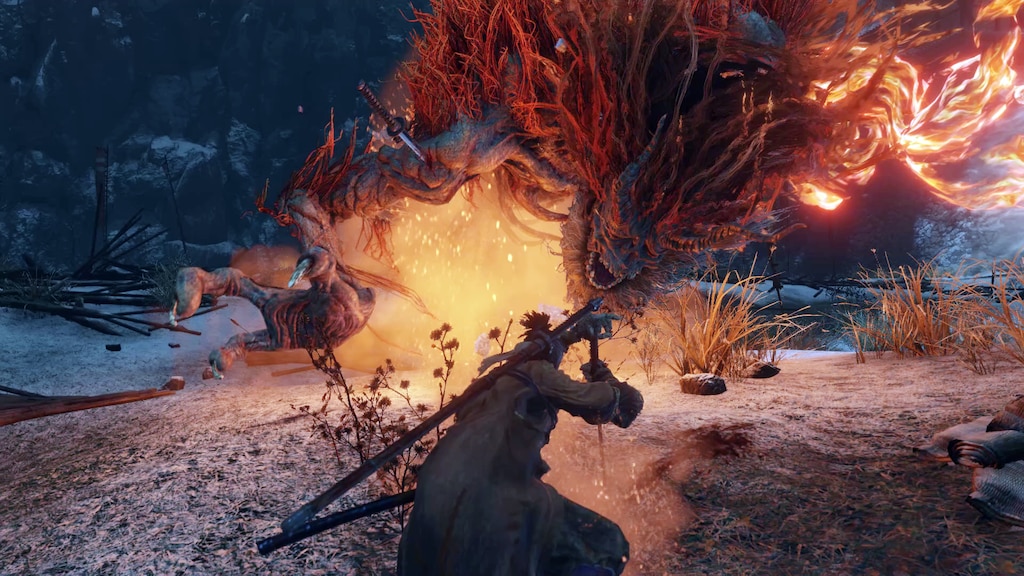 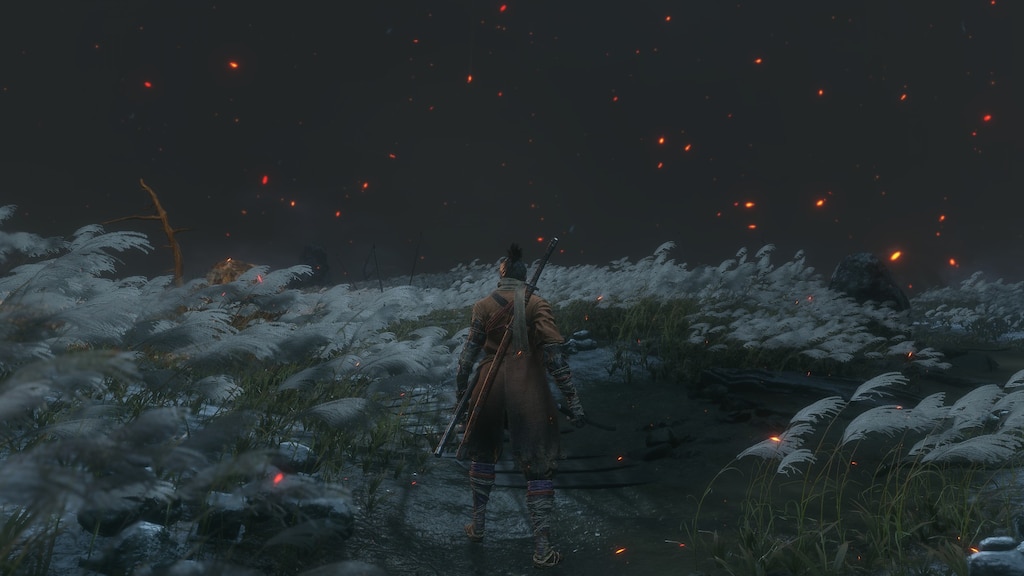 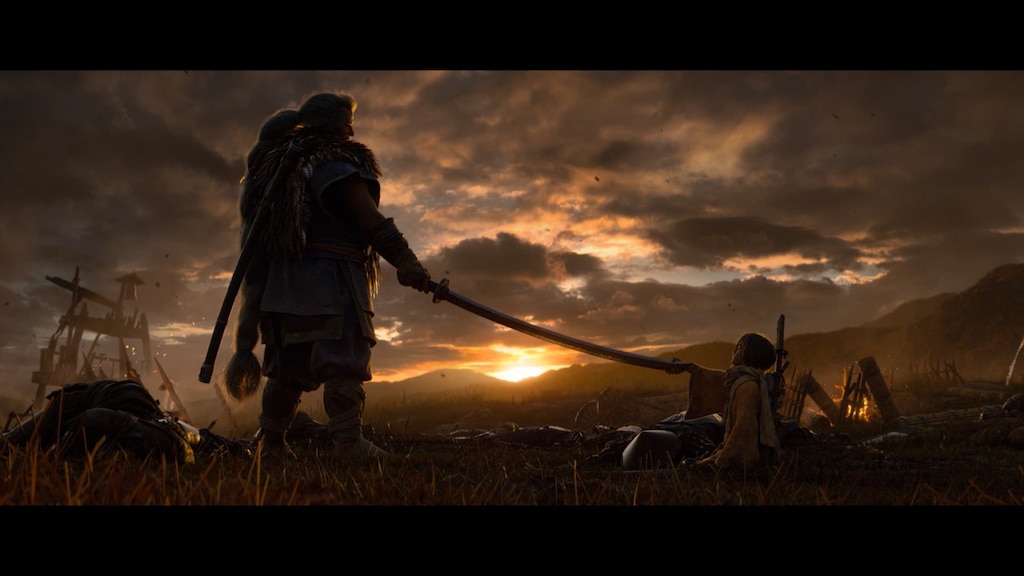 则卿
View all guides
When fight Headless and Shichimen warrior?
Stats: Vitality 12, attack power 2. When should I fight these enemies? I have not beaten Lady butterfly yet but these till now: General Naomori Kawarada General Tenzen Yamauchi Chained Ogre Shinobi Hunter Enshin of Misen Juzou the Drunkard Blazing Bull I have fought the Shichimen warrior and knew about Divine confetti and pacifying agents. I managed to get the first deathblow but on the second it became harder. EDIT: Lady Butterfly is defeated :)...
23 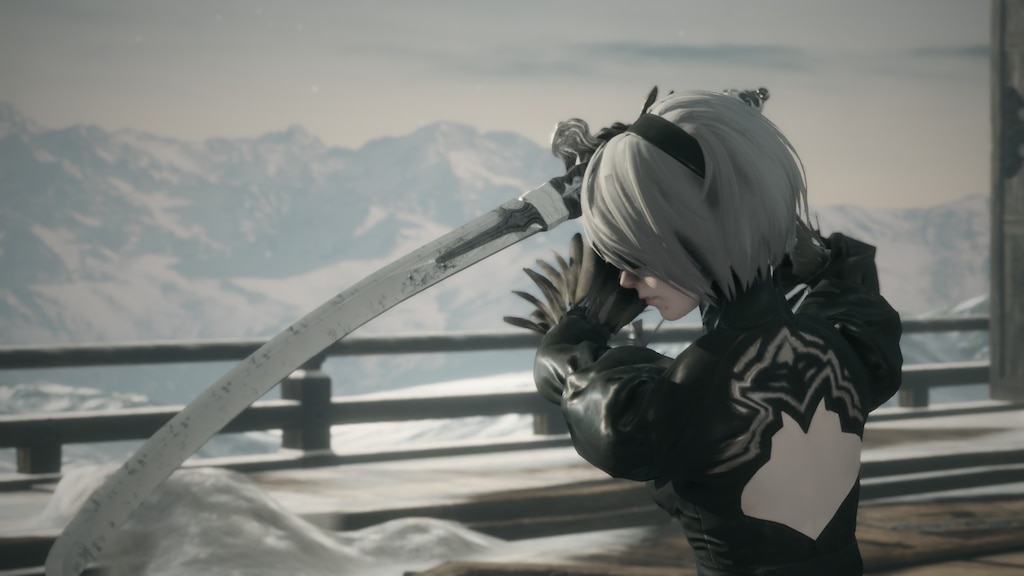 ุCS:GO Scientist
29 products in account
0
Remnants update = dumbed down and easier game.
It is sad to see From Software finally give in and casualize this wonderful game, I am pretty sure Acitivison had something to do with it. The Remnant system doesn't belong in a single-player game like Sekiro. Messaging other players made sense in Soulsborne games, it fit the lore and setting, it doesn't fit the setting of Sekiro. On top of that it is a 30 sec tutorial which will show people what to do and where to go, why even play a game then? Just go look up the solution on YouTube, who are you trying ...
62

Recommended
104.1 hrs on record
I think this game is the best of FROMSOFTWARE, better than Dark Souls. I know tha many will disagree with me, but I really think this game is better simply because it has NINJAAAS. So, i will list bellow my thoughts:

---->1.POSITIVE POINTS:
1.1-The Japanese theme is simply amazing, and the producers really put so much effort on developing the world and it has so many aspects of the japanese culture, even the soundtracks are amazing.

1.2-In my opinion, the story is much better than the Dark Souls series, because it is more well told and the charaters are all charismatic and intrigues you to search more about them (You can also use SAKE for this HEHE).

1.3-The movements are really fluid and the mechanics are pretty consistent, and you also has so much mobility that a shinobi should have on this type of games.

1.4- The more you play, more you want to keep going on NG+, and for me I always wanted, every time I played again, to challenge myself to beat the bosses with different manners and use different strategies.

1.5- The prostethic tools are simply AWESOME.

1.6- This game reminds me of my chillhood playing an amount of ninja games like TENCHU Z, SHINOBIDO and NINJA GAIDEN, which I love so much.

---->2 NEGATIVE POINTS:
2.1- Sometimes the camera SUCKS DUCK and you will die sometimes because of it.

2.2- People raging about the game because it's too difficult. Listen, This type of game is not made to entertain all types of players out there, just like any other game, and the premise of the game is TO BE HARD, and it is, but it's not impossible for those who wants to improve and put effort to finish the game. So, if you are claiming about the game don't have an easy mode, just go play UNO. 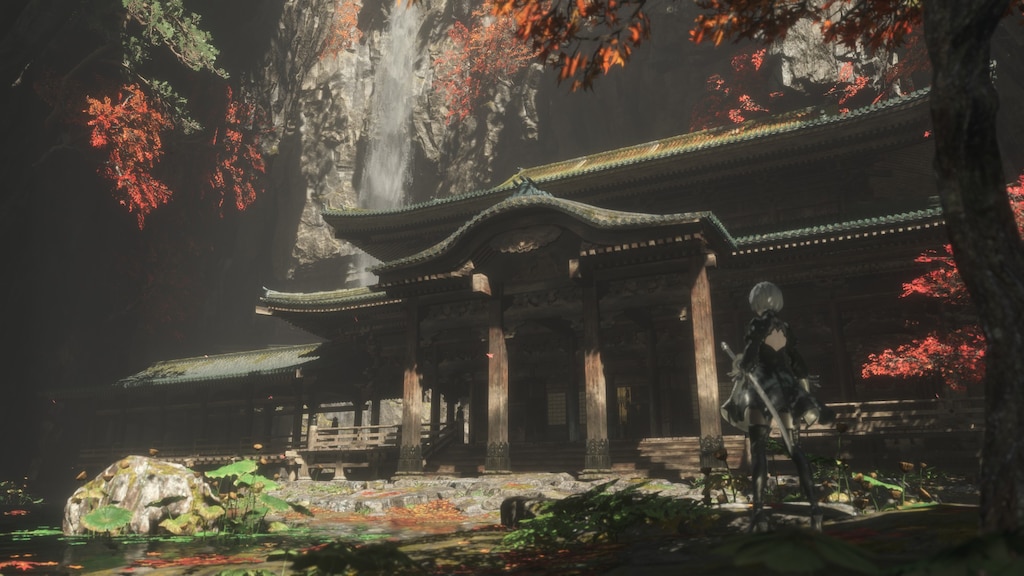 Recommended
66.6 hrs on record
Bar none one of the best games FromSoft has ever released. There are a couple key points I'd like to bring up to explain why (SPOILERS AHEAD):

The combat is the best of any Soulsborne/Sekiro game I've played. While DS has a very versatile system and Bloodborne has a quicker, more dodge-heavy system, Sekiro has a lovely deflection system that heavily favors being aggressive but not TOO aggressive, allowing swift switches from aggression to defense through perfect deflecting and mikiri counters/jumping over incoming perilous attacks. This makes for combat that I personally love, allowing one to stand their ground and overall making every deathblow feel extremely satisfying and well-earned (outside of cheese).

The areas are gorgeous, and each area feels like a breath of fresh air from the next. The misguidingly calm views of Senpou Temple, the evolving castle that goes from normal to uneasy to on fire, and the beauty of the Fountainhead Palace all feel unique and enjoyable. While not the main point of why Sekiro is great, the visuals help to reinforce that it plays well without sacrificing looks. The enemy designs are also interesting, allowing each prosthetic tool to be useful in certain situations and further adding to each area's style.

The bosses are great (except for DoH, which I'll bring up later). From Gyoubu to the Divine Dragon, every boss is fun to fight and always has some significance to the story. Isshin's fights (especially Sword Saint) show how the combat mechanics work towards satisfying battles that feel tense and a true test of your skill, while the Divine Dragon shows how a fight doesn't need to be hard to be a fantastic experience. The Demon of Hatred, while important for lore and unique in its own right, is quite the hard fight to pin down as "great". It provides a tough challenge that feels nice to beat, but its differences in combat compared to all the other fights of the game (focusing on vitality damage over posture damage for the whole fight) makes it great for some and horrible for others.

The story, while not perfect, is very nice and has the classic FromSoft touch of different little subtleties and lots of lore to be found. HOWEVER, it's not necessary to find and learn all of the lore to beat the game, so it's completely up to you whether you want to immerse yourself in the land of Ashina or not care at all. This is a short point because I'd rather not spoil much and would recommend experiencing it yourself.

The game isn't lacking in flaws, such as annoying mini-bosses surrounded by a bunch of minions or terror being extremely frustrating without the knowledge and divine confetti to take on apparition enemies, but it is still my favorite FromSoft game to date. It was the first I tried to get all achievements for, and I can't wait for FromSoft's future titles if they have combat similar to this game (I'd also love a sequel/Bloodborne on PC, but only time will tell). If you haven't given this a try, do it. I apologize for the long review, but I hoped you at least enjoyed reading it. Also check out the speedruns for Sekiro, they get pretty nutty with some of the tricks used. 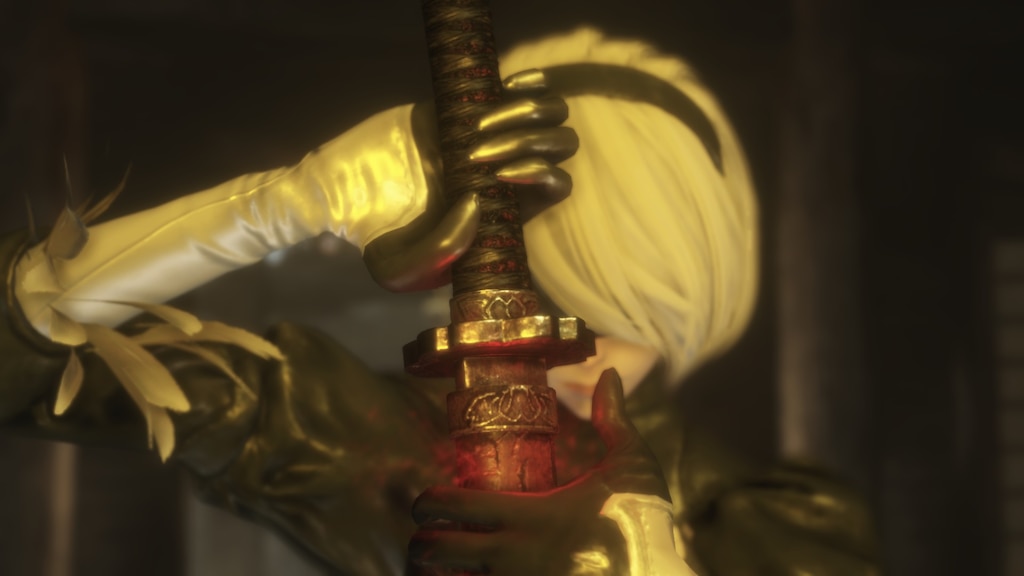 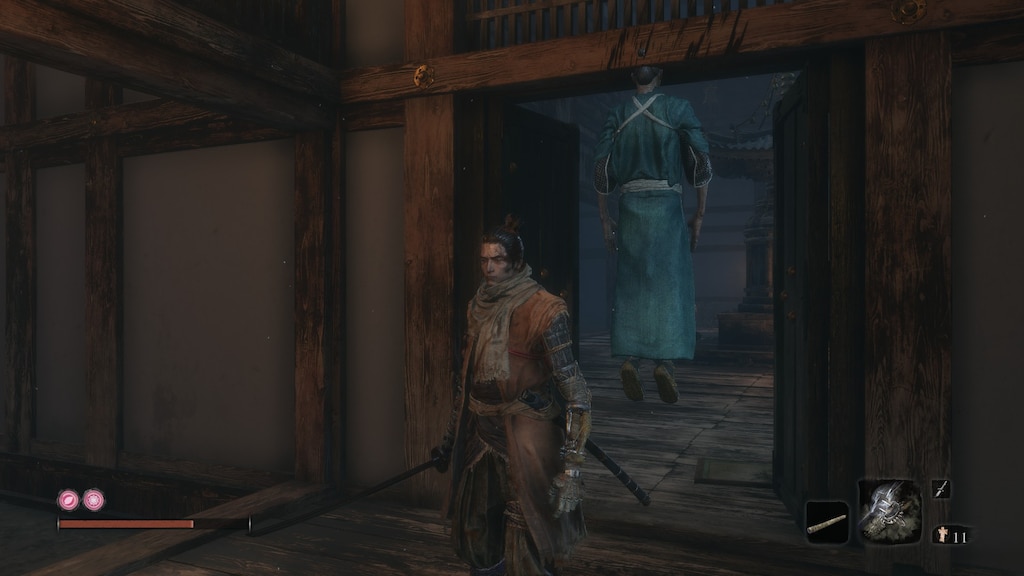 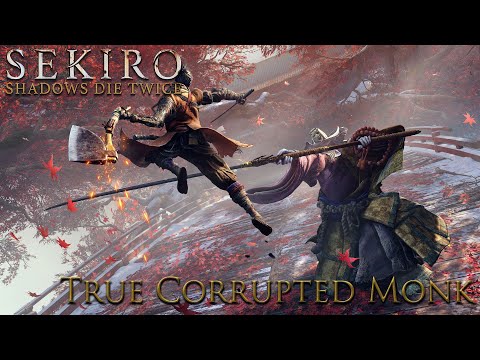 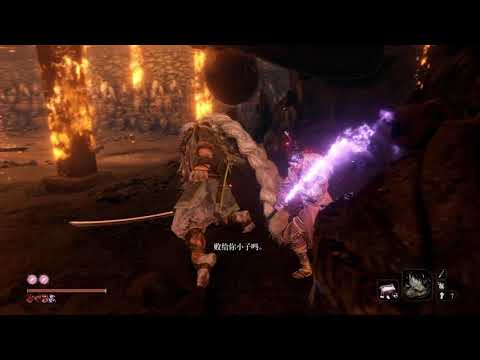 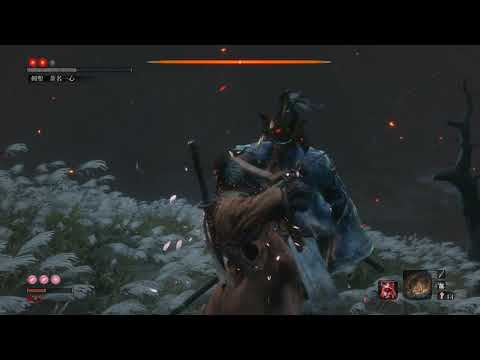 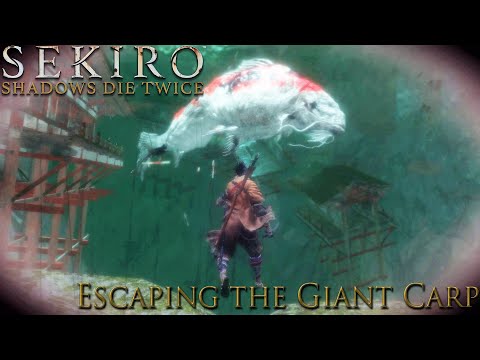 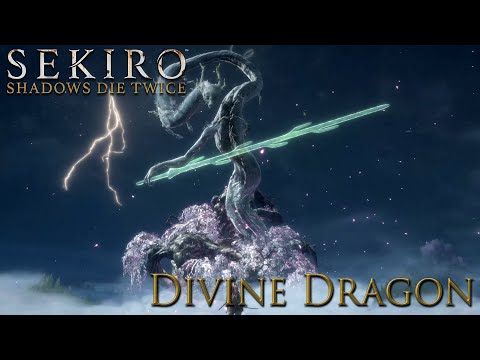 Sekiro: The way of the Wolf
This is a collection of tips to help make boss fights easier. If these are told to you by the game then I missed them. Some of these I found online in wikis, others I found while watching people complete bosses without taking damage. I thought I would coll...

SARGE
View all guides
Game is dead to me.
Coming in the update is the ability to record up to 30 seconds of gameplay that can be tagged with text messages and shared with friends.If another player watches and rates one of your Remnants, your HP will recover for free, without the use of a Sculptor's Idol or consumable....
57

RE/PAKO
Aug 5 @ 1:47pm
General Discussions
another achievement glitch thread
so im going into my NG+8 and im stuck trying to get all the achievements right now OBV i have all the ninjutsus but the achievement wont populate. i havent had any mods installed and i really dont want to get steam achievement manager just to "get it" is there any other way to fix this inb4 im aware that this issue happens if your PC goes offline and you get the achievement...
8