Follow the grim tale of young Amicia and her little brother Hugo, in a heartrending journey through the darkest hours of history.
$44.99
상점 페이지 방문
지난 한 주간 가장 인기있었던 공식 또는 커뮤니티 제작 콘텐츠입니다.  (?)
Is this worth buying?
I have kept my eye on this game for a while and each time i think yes i should get it, then im like nah it looks crappy....so im in 2 minds...is it worth purchase?
26

추천
기록상 25.4시간
The art direction is great and I really appreciated the added photo mode. The story is interesting, the characters are simpathetic, the soundtrack is great and I can't praise enough the pace of the game.

The one thing that could be done better is the combat / stealth gameplay, but the encounters are pretty quick and there are not too many of them.
The last boss was kinda weird and I can see people having problems there, but I'd say it's more frustrating than difficult.

All in all great job Asobo!
I'd certainly love to see more games like this one. 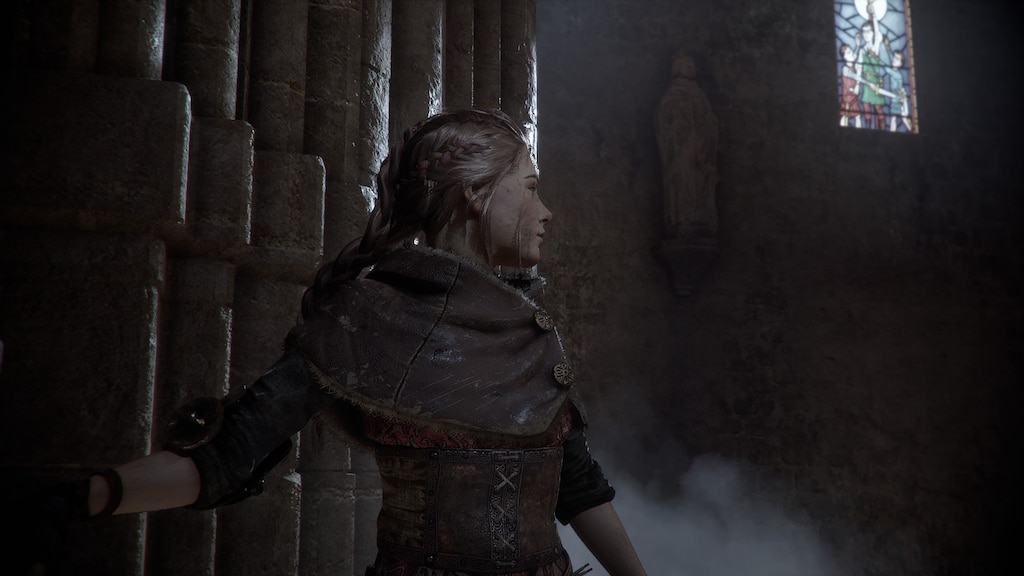 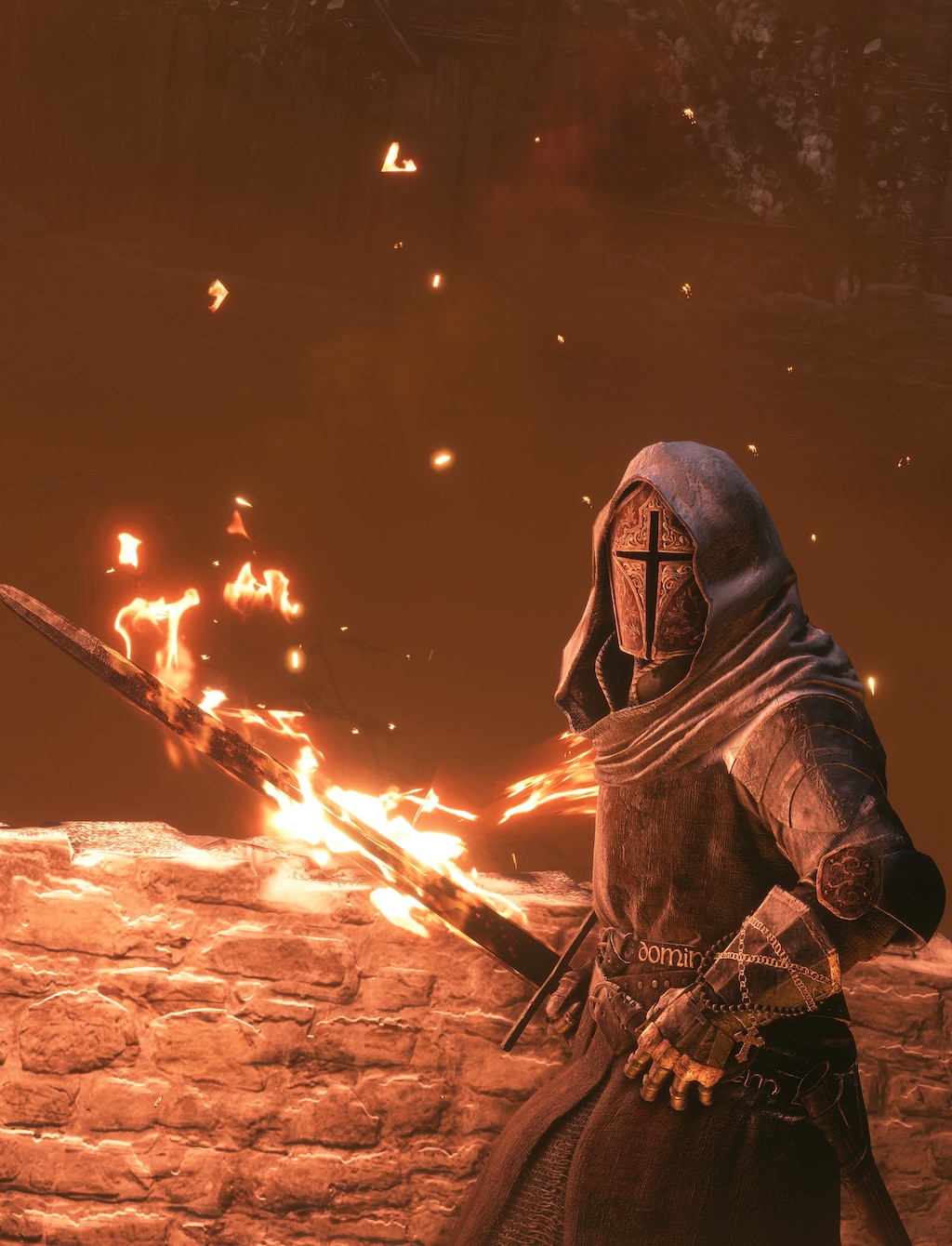 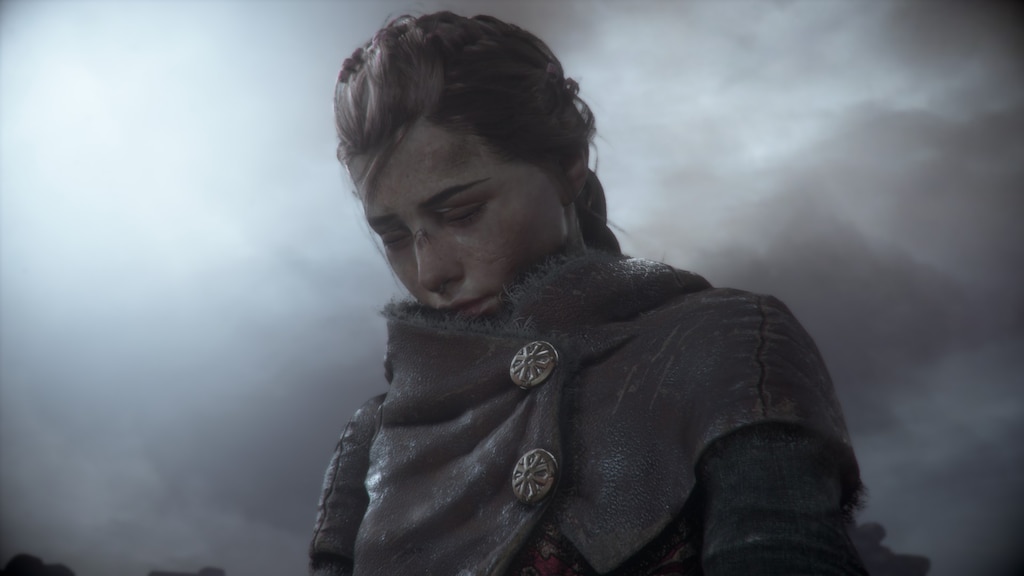 Mojo
스크린샷 보기
Problem controlling the rats
I'm in chapter 14 and for some reaon I don't get it how to properly control the rats. I'm at the part where the soldiers attacke me, and when I try to fend them off with the rat swarm I always end up being eaten myself by these damn vermins. They just snap out of my control, but I have no idea why. Is there a certain trick how to control without getting attacked yourself?...
9

AA games are an interesting part to the industry that doesn't get talked about as much as it should. They have more resources than the average indie developer, so their games are generally higher quality when it comes to things like graphics, sound design, and voice acting, but they also have more creative autonomy to tackle more outlandish topics, for example Hellblade: Senua's Sacrifice's focus on psychosis. And yet, they don't seem to get as much attention as they should most of the time. I stumbled across this game in a YouTube video shortly before it released, and the unique gameplay with the hordes of rats piqued my curiosity. So, how good is it exactly, then? I think it's about equal to Hellblade in quality, albeit for different reasons.

Visually, I believe it's one of the best-looking games of last year. The characters look amazing, and their expressions can tell you a lot about their personalities and struggles without saying a word. The environments are incredibly detailed and there were numerous times where I'd stop just to appreciate my surroundings. One of Plague Tale's biggest strengths, though, is easily its oppressive, dark atmosphere. It feels very The Last of Us-esque with that constantly macabre, somber vibe, which makes sense as that was one of the game's bigger inspirations. It helps elevate the story and gameplay to a point where it's almost carrying the entire game with how good it is. However, don't think that I'm downplaying the rest of the game graphically, because this is absolutely where the game shines its brightest.

Gameplay
Unfortunately, while the visuals are one of the biggest high points, the gameplay is not. I will give it credit where credit's due, though. The pacing and variety were definitely good, as the game would switch up different activities like rat puzzles, stealth segments, cinematic sequences, combat sequences, and standard puzzles to constantly keep you on your toes, and it made the game never feel boring, even during its slower chapters. However, the quality of these activities is where the game falls apart. For one, the AI is really bad. Like, to give you an example, there was a moment during a stealth segment early in the game where an enemy was staring RIGHT AT ME while I was in the open, in front of a doorway where I couldn't really lose the guy if I tried. This happened multiple times, and it trivialized some of the stealth portions as a result. But the friendly AI isn't much better. One character that tags along has the ability to sneak up on guards and kill them. However, there were multiple times where the character's pathing was really screwy and he'd walk right into a group of guards and get spotted. And for some reason, the game decides to forgo stealth for combat towards the end of the game, and the combat can be really janky. Sometimes, my character would miss for no apparent reason, or I'd get instantly eaten by a swarm of rats because I was somewhat close to them (shoutout to the final boss in particular for that). And the rat puzzles, while interesting, get pretty old pretty fast because it's extremely obvious how you're supposed to take care of them. Outside of the poor AI, the simplistic and unrefined gameplay can at least be somewhat alleviated by the variety of it all, and it's never cripplingly boring like Hellblade's gameplay loop, but Plague Tale definitely got held back by the quality of its gameplay and its AI regardless.

Story
The story, for the most part, is pretty strong. Because of the tense atmosphere, there was never a dull moment in the story. It starts off horrifically well, and establishes a really interesting premise. I think the game is at its best in its first half, as its where the atmosphere is at its most bleak while also providing a mysterious vibe to it. The second half starts off fine, however it falls off towards the end because a lot of the things that provided the game's near-constant tension are just thrown out the window. The ending also wasn't great, as it really did not feel fitting in a game like this one. However, it didn't ruin the story for me, it just gave me a slight sense of disappointment. Outside of that though, the rest of the story is pretty rock solid. Amicia and Hugo are a great pair, and I was hooked by both characters. I also liked the alchemist's apprentice, Lucas, and the other characters, even if they remained mostly static (with one exception), were at least likable. Both of the villains were pretty terrifying in their own right, and even when the game began to lean on the side of being rather corny (Really? Ratnadoes?), the villains were still pretty scary and gave me a slight Resident Evil vibe. Overall though, I thought the story was pretty solid. It definitely lost some steam towards the end and not every character got the spotlight they should've, but it was still entertaining at the very least.

Audio
For a smaller budget title made by French developers, I was honestly impressed by the really high quality of the English voice acting, as their accents felt a lot more natural rather than going for something hilariously over the top and stereotype-y. Amicia and Hugo's performances in particular were extremely good, making both characters more likable and compelling in the process, and also doing a great job of showing the bond that they share. I also really liked the main antagonist's voice, who sounded really, really unnerving in a way that few video game villains have achieved. The music was also surprisingly good, and helped add to the depressing atmosphere. The sound design was fine, I liked some of the touches they made that I can't say because it's a major spoiler, but that's really it. Overall, the extremely good voice acting was one of the stars of the show here.

Content Value
While I did enjoy the game, the value is a little lacking here for $45. I'm very glad they didn't try to sell the game at $60, but there isn't a lot of replay value since the magic of the atmosphere wears off over time, and the game itself isn't very long either. It's also incredibly railroaded, which is fine, but again, it can hurt the replay value since you'd just be doing the same exact thing. The story is very good, but I would not say that it will completely resonate with the player in comparison to something like Hellblade. However, I'd still stay it sticks with you at least for the premise and the atmosphere, so it's not all bad. You could still get it at full price if you really wanted to, but you might want to wait for a slight sale on this one.

Verdict
Overall, A Plague Tale: Innocence is a solid AA title with impressive audio/visual design and an entertaining story, but issues with the AI, gameplay depth, and the story's end hold it back from being something truly great. It's definitely worth the time if you're interested, I'd say it was far more entertaining than Hellblade, but they're essentially equal in terms of quality if you want to make that comparison. They're both good games with some cool ideas, but neither of them are truly remarkable. Where Hellblade excels with its sound design, this game excels with its atmosphere. But comparisons aside, I was hooked from start to finish, and even with the game's flaws, I was still very happy with my time and would certainly recommend it.

EmperorGandhi (be back on 7/17)
계정에 343 개의 제품이 있음
0
Can't get past knight in chapter 2
I've tried this like 50 times now and he gets so fast after armor is removed I don't stand a chance. I regret ever buying this game even at a $15 price point. The story and the graphics have been good but the game play has been horrific. This game should be a console exclusive....
42 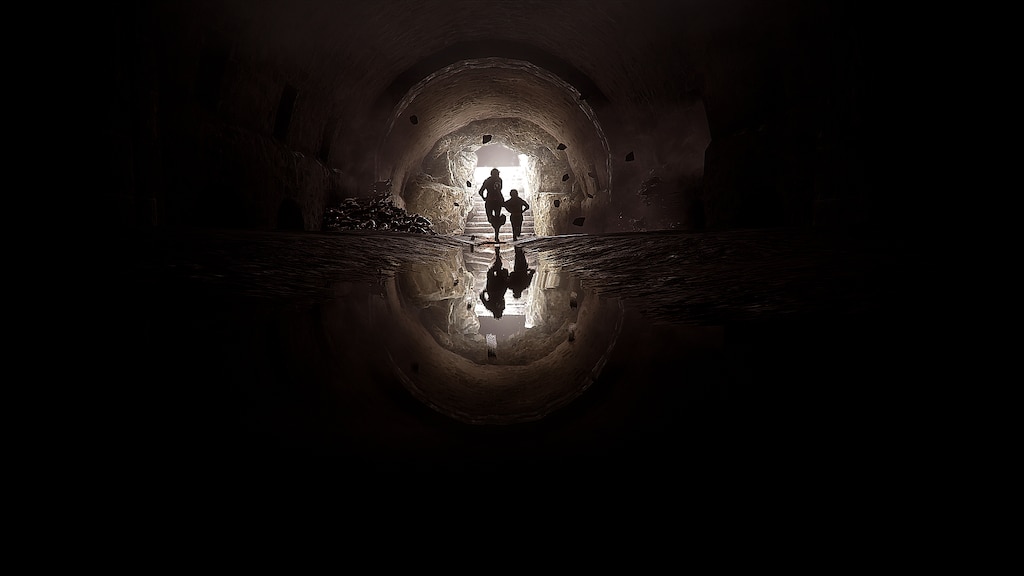 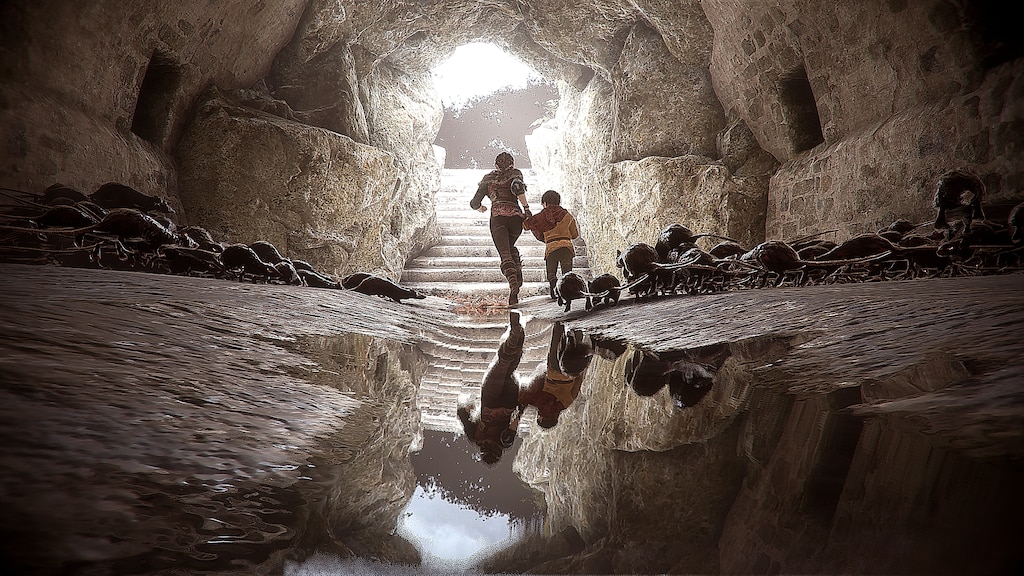 Hugo's Herbarium Flower Location Guide
This guide is for everyone who just wants to find these amazing collectibles. There are 13 flowers in total to be collected, beginning in Chapter III. When found, Amicia puts the flower in her hair signifying the protection that her young... 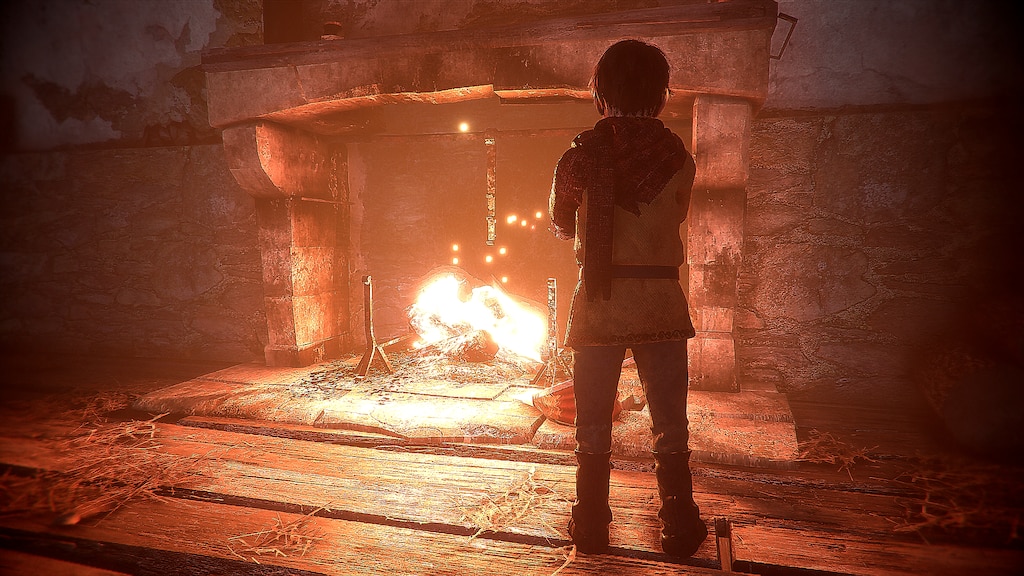 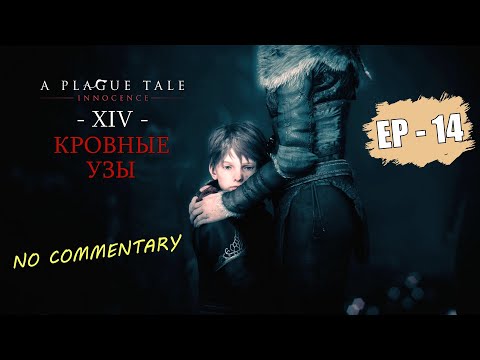 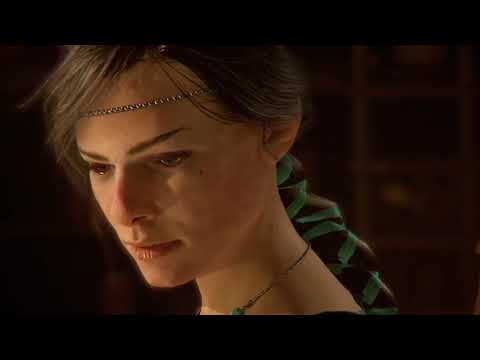 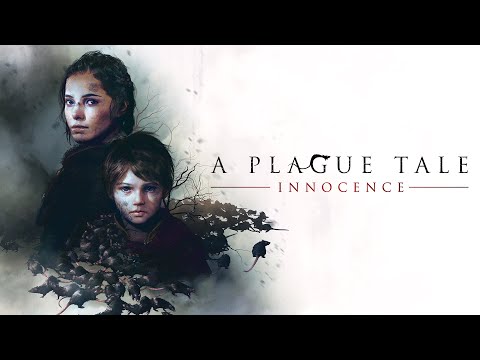 0
0
A Plague Tale: Innocence | ONE OF THE TOP RATED GAME| 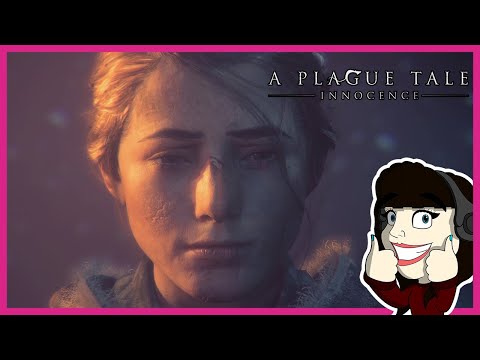 TigerJelly
비디오 보기
(Spoilers) Questions regarding two plot points that seemed overlooked.
First of all I have to say just how good this game is. As I've just finished it and the game felt very similar in quality to great indie games like Hollow Knight and the Ori games. But, I can't help thinking about some plot holes in the story due to how invested I actually got into it. From what I can tell the ending raises tons of questions, but is obviously a sequel bait. Wouldn't be surprised if this game got one due to its success. Though in chapter 12 when you return to your home and find all the rats...
3

Unoriginal Name #123
2020년 7월 12일 오후 2시 08분
일반 토론
something weird
when i start play on main menu, there is always the car bypass that window on profile background main menu. this is game story from 1300 year. but why is there the car?
7