PLAYERUNKNOWN'S BATTLEGROUNDS is a battle royale shooter that pits 100 players against each other in a struggle for survival. Gather supplies and outwit your opponents to become the last person standing.
$29.99
Visit the Store Page
Most popular community and official content for the past week.  (?)
PUBG Labs: Arena mode
Sep 17 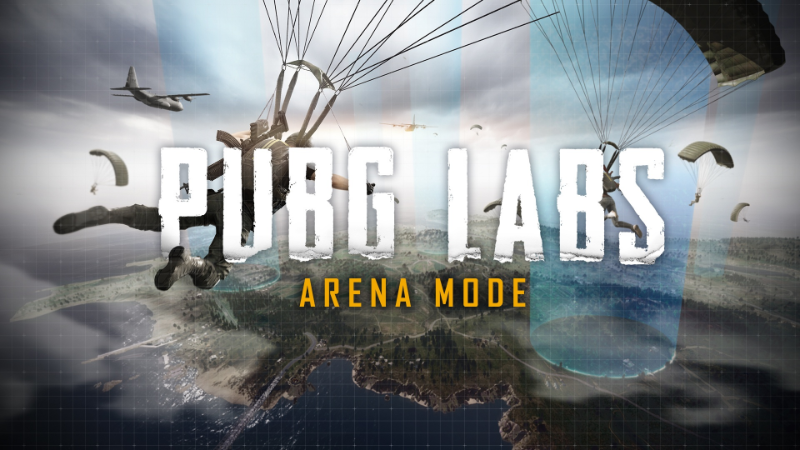 We're thrilled to see so many of you enjoying the new Arena Mode!  Based on your response, we have decided to expand Arena Mode's schedule to allow more time for playing and testing it out.

With this extension, we hope you all really dive in and get a good feel for it. We're looking forward to your feedback! Thank you and we hope you enjoy the Arena!

This week we’re bringing you something new that combines intense PUBG gunplay with the tactics of an arena shooter. We call this LABS experiment Arena Mode. 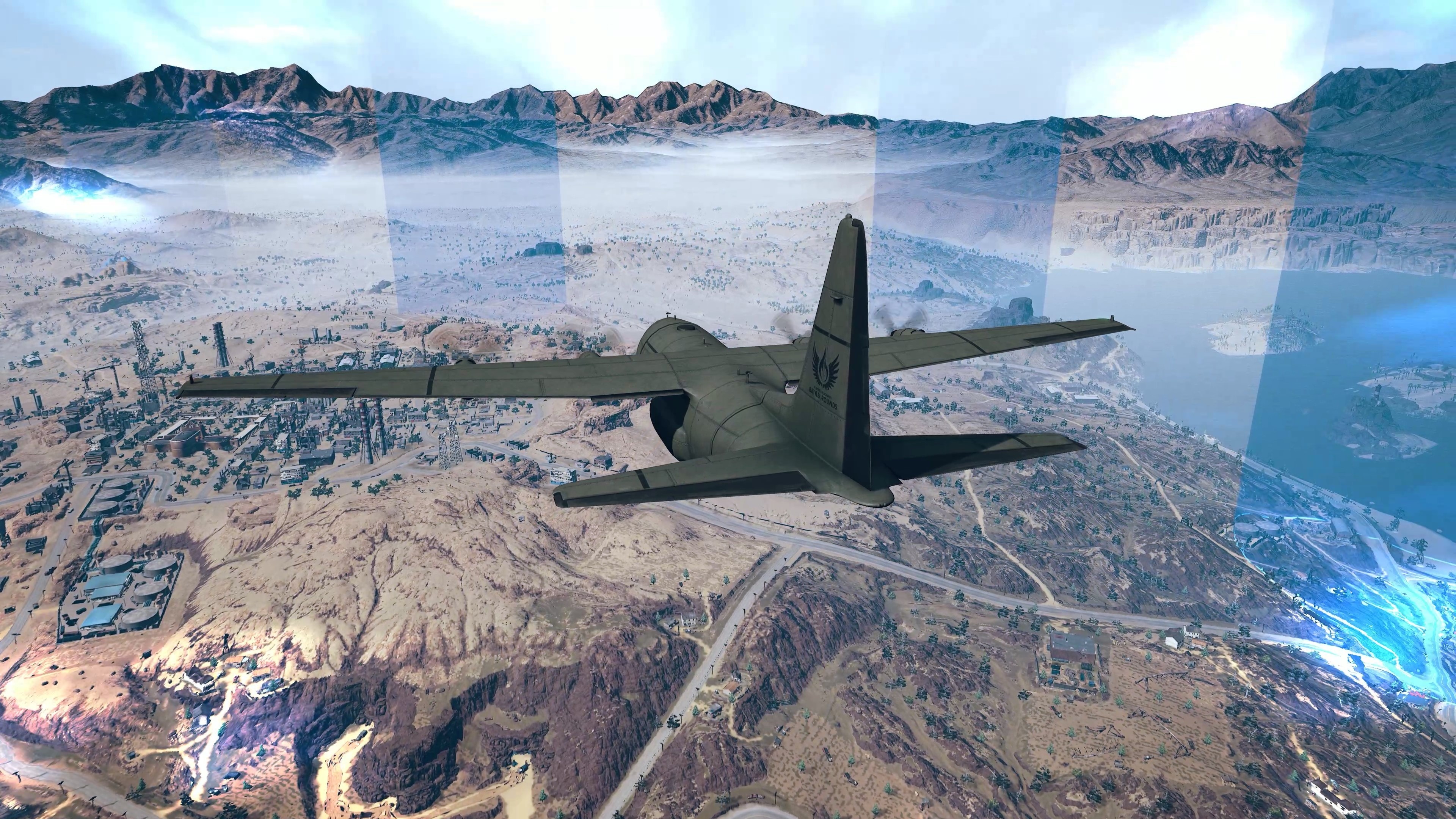 Arena Mode is a 64 person, squad-based match that drops you into one of several sectioned-off zones on Erangel, Miramar, or Sanhok. You’ll fight it out with up to two other squads to claim victory in your arena. Should you lose, your team will lose one of its 3 chances, which eliminates you once they’re gone. Claim victory, and move onto the next round with a stronger position than those who failed. When 3 or fewer squads remain, they’ll enter a Sudden Death arena where the winner takes all, regardless of how many chances you have left.

Arena mode has some other differences from a normal match as well. The biggest of which is that weapons do not spawn in the world. Instead, you will need to use currency that you earn by eliminating other players to purchase your arsenal through the Loadout menu (PC: L key, Console: Map key(System menu/Touch pad) by default). Knocked allies can also be revived in 5 seconds, which is important for maintaining your advantage in such small, intense fights.

Surviving the Arena means teamwork and smart tactical decisions. From matching your loadout to the terrain you’re in, to watching each other’s backs until you’ve got eyes on your enemies, to coordinating your attack, Arena Mode is sure to test your teamwork and communication skills.

Here’s a quick breakdown of all the rules:
Rules 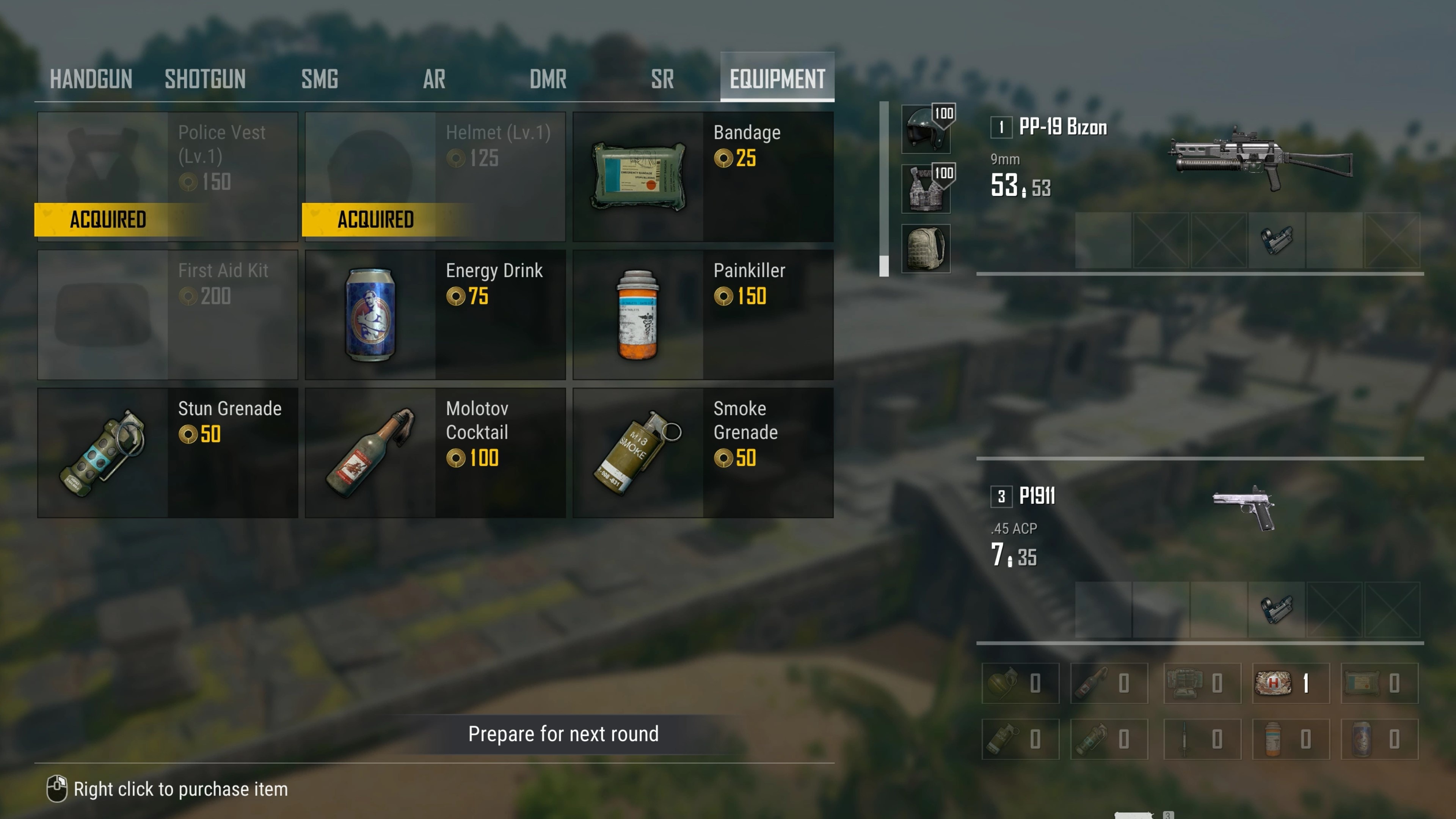 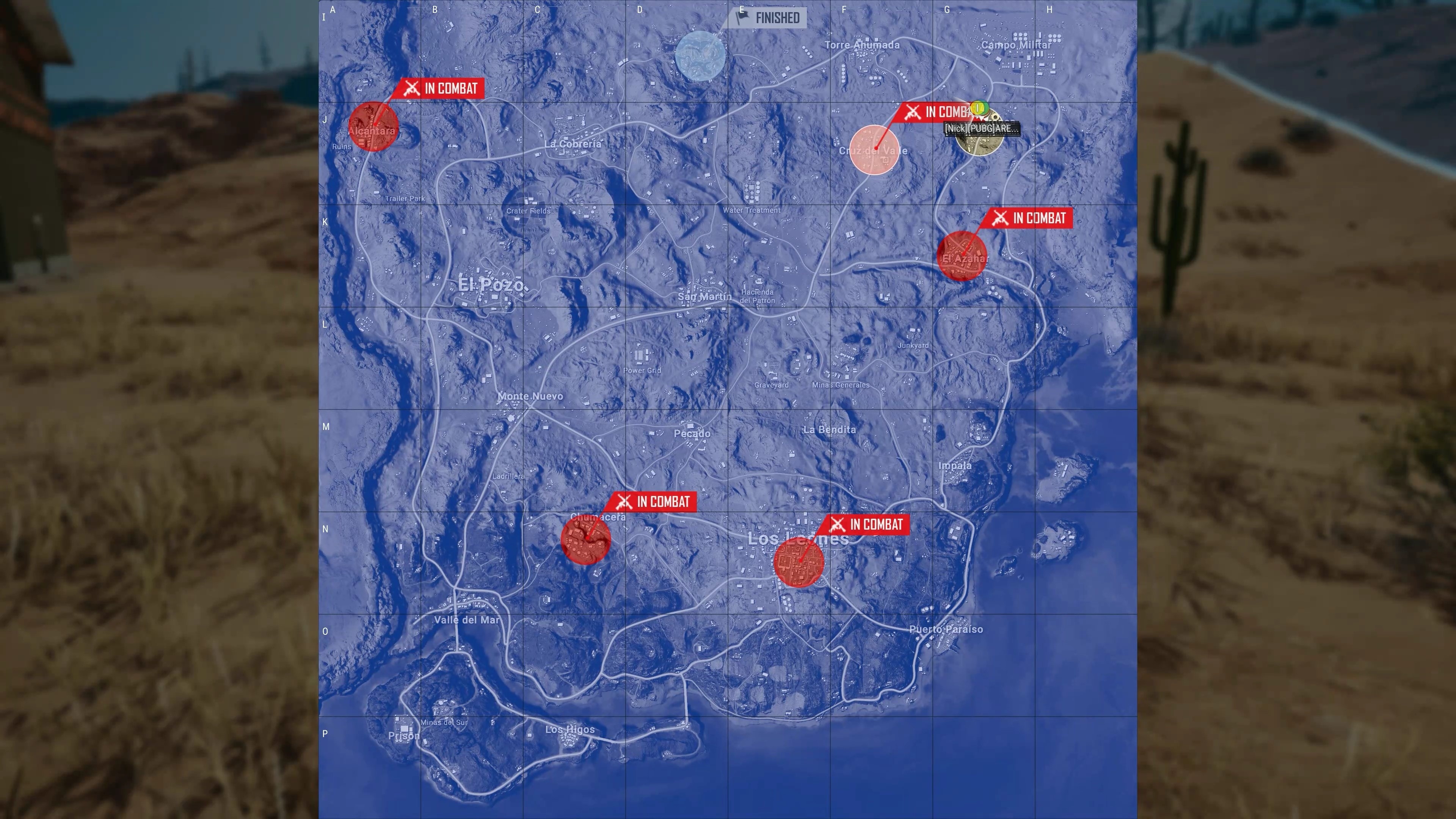 Arena Mode will be available in LABS over 2 weeks, so make sure to grab your squad and drop in while it’s available.

As always, your feedback here is important and will help shape the mode should we decide to continue development on it.

We’ll see you in the Arena!

PLAYERUNKNOWN'S BATTLEGROUNDS
2,321
132
How to Mark lines on map ?
i was playing squads suddenly i saw a player marking lines on road to follow anybody knows which key to press?
2 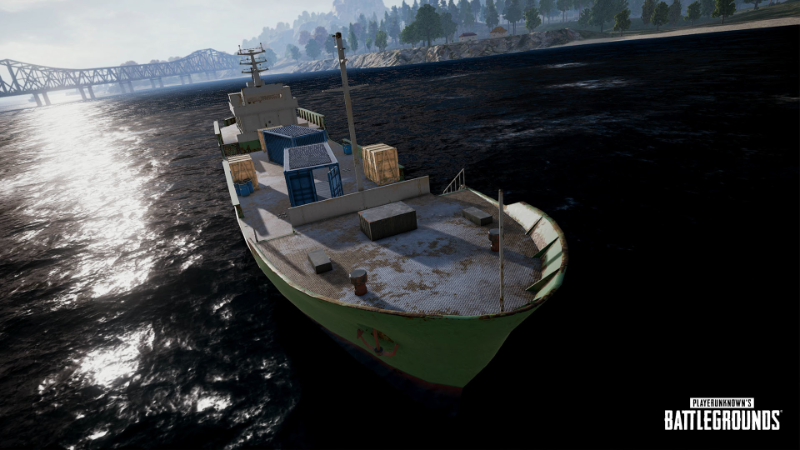 The final update of season 8 is here and brings a brand new tool to help you catch up to the playzone, a new mode of transportation to avoid those heavily camped bridges, some UI adjustments and more!

Take a little extra time in the Blue Zone with the new Jammer Pack! This new pack has the capacity of a level 2 bag and interrupts Blue Zone damage while its battery lasts, letting you catch up to the play zone or utilize the blue zone for a tactical advantage. The Jammer Pack drops on Sanhok and Karakin starting this update!

Treading the chilled waters of Erangel are new Ferries delivering players to and from Sosnovka Island. Four Ferries travel back and forth between two different destinations, giving you some alternatives to crashing through bridge blockades, finding a boat, or swimming it. Add to that a new Assist indication in the UI, two new Team Deathmatch stages on Sanhok, indicators when your teammates enter combat, and more.

The M416 has also received an additional sound adjustment, you can the context related to this change in the patch notes. We hope these new changes are more to your liking, and will be monitoring your feedback.

Add to that a new Assist indication in the UI, two new Team Deathmatch stages on Sanhok, indicators when your teammates enter combat, and more.

Learn all the details in the patch notes[www.pubg.com] or drop in and check them out yourself! 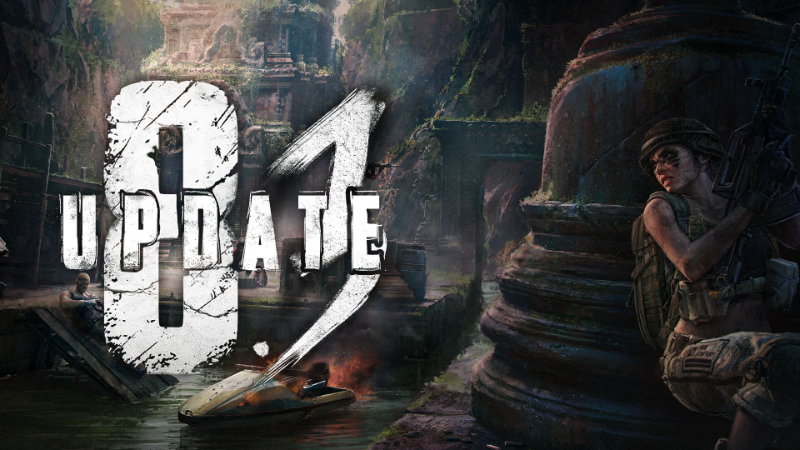 Season 8 is winding down, but we've got a few more big improvements to drop before we're out of the jungle.

Update 8.3 brings a new Ferry system to Erangel, a new item that can temporarily negate Bluezone damage, two new Team Deathmatch stages on Sanhok, a number of bug and hitching fixes, and more. We've even, at long last, added destructible haystacks to Miramar!

Read on for info in all this and more coming with Update 8.3.

New Feature: Erangel Ferries
For those of you wondering what the new docks on Erangel were all about since we added them last update, your ship has come in!

Two new Ferry lines will now carry passengers across the water from Southern Erangel to Sosnovka Island and back. There's a total of 4 ferries that make round trips throughout the game for those of you not feeling lucky enough to yolo it across the bridge. 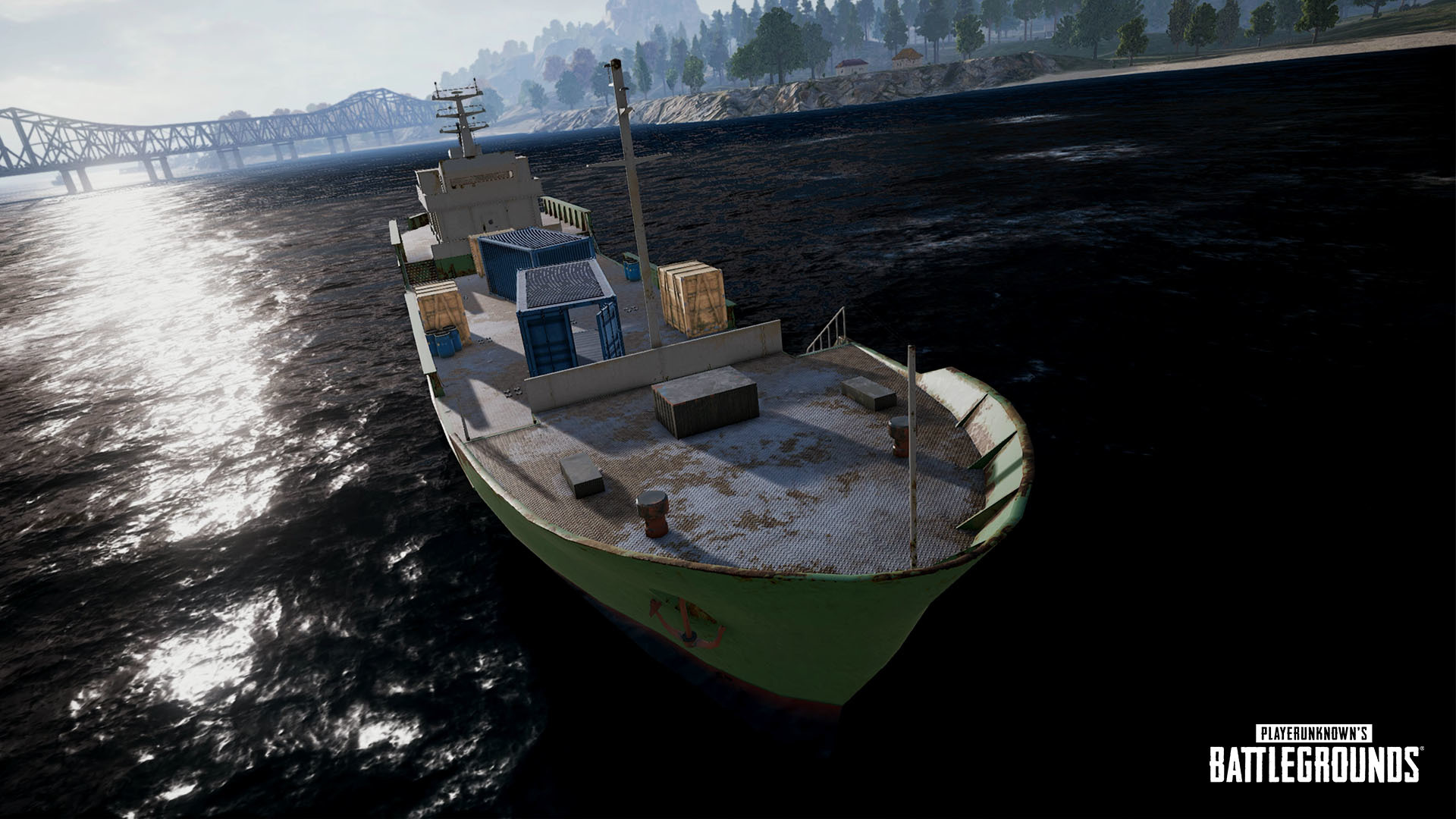 New Item: Jammer Pack
We've been teasing the Jammer Pack for a while, and it's finally making its Battlegrounds debut! The Jammer Pack allows you to prevent Blue Zone damage for a short time at the expense of level 3 bag space. For now, the Jammer Pack will only spawn rarely on Sanhok and Karakin in Normal and Custom Matches. 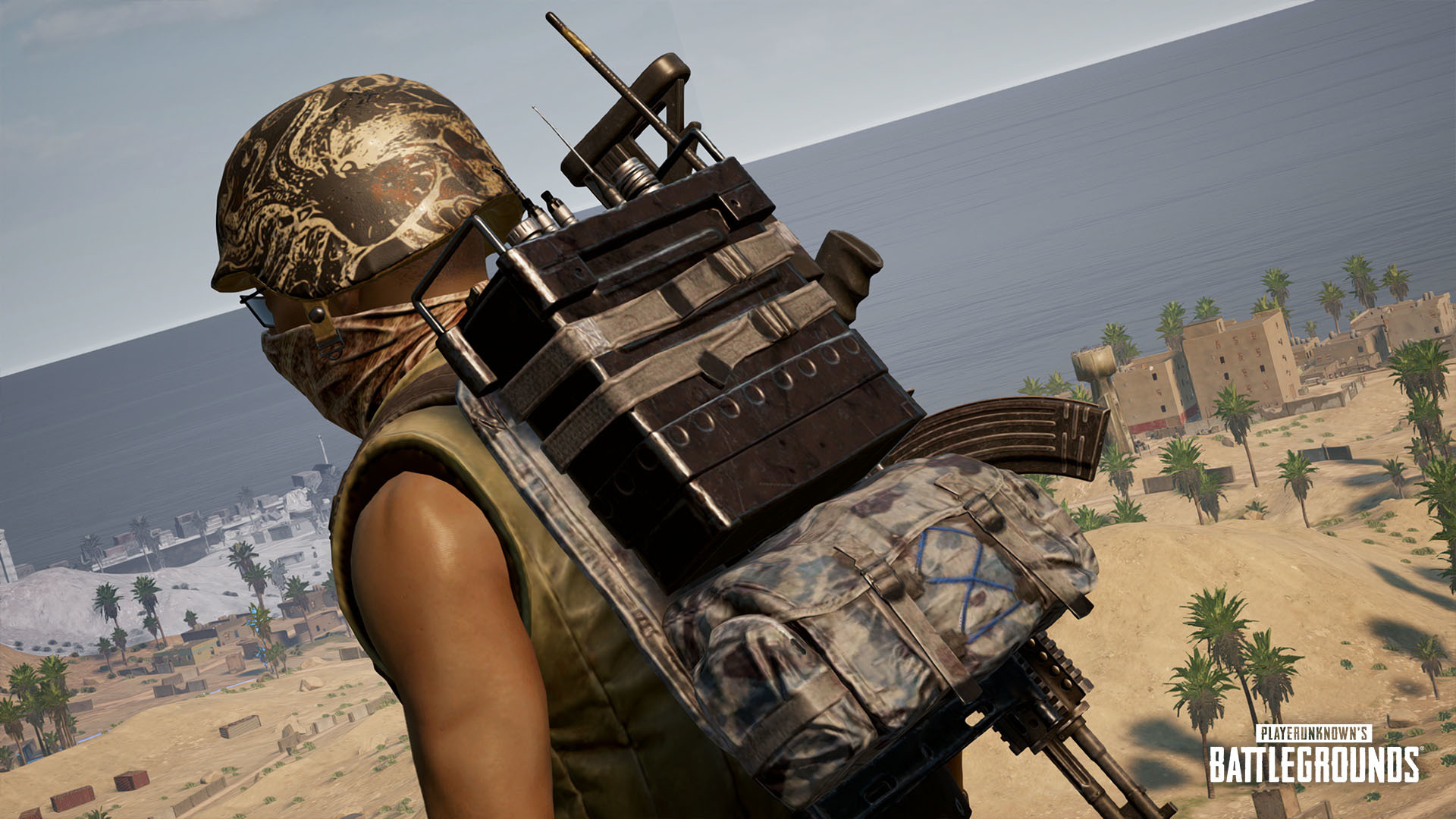 Assist System
Up until now, assists were only tracked during the recap of Ranked Mode matches. Now we're expanding upon it's visibility and adding it to Normal Matches as well, with new UI elements added to show when your assists happen.

Assist UI and messaging has been added to Ranked Mode, Normal Matches in Duos/Squads and team modes in Battle Royale Custom Matches. The current assist system for TDM will remain unchanged.
Teammate Combat Indicators
We've added a visual indication for when your squad mates are attacked by enemy players. This will help teams react more quickly to allies under fire, especially those not using voice comms.
Bot AI improvements
M416 Sound Adjustment
Sound is a crucial factor in PUBG's gameplay, realism, and fun and the PUBG Sound team has been looking for places to increase this quality further. One place we've targeted is improving weapon sounds to try and bring them as close to realistic as possible. To this end, the sound team recently updated the weapon sounds of the M416. However, we've received a large amount of feedback that these new sounds are not up to the standards and goes against the familiar gameplay experience you expect.

With the above in mind, we've made additional improvements on the M416 sounds. We hope these new changes are more to your liking, and will be monitoring your feedback. Our goal is to provide the highest quality and most realistic gameplay sounds for you, so you can rely on the best gameplay experience and fully immerse yourself in the Battlegrounds.

Sound is a crucial factor in PUBG's gameplay, realism, and fun and the PUBG Sound team has been looking for places to increase this quality further. One place we've targeted is improving weapon sounds to try and bring them as close to realistic as possible. To this end, the sound team recently updated the weapon sounds of the M416. However, we've received a large amount of feedback that these new sounds are not up to the standards and goes against the familiar gameplay experience you expect.

With the above in mind, we've made additional improvements on the M416 sounds. We hope these new changes are more to your liking, and will be monitoring your feedback. Our goal is to provide the highest quality and most realistic gameplay sounds for you, so you can rely on the best gameplay experience and fully immerse yourself in the Battlegrounds.
Ranked Mode
Train your skills while matchmaking

Players will now have the option to join Training Mode while waiting for their Ranked Match queue. About 30 seconds after your queue begins, you'll be given a popup asking whether you want to stay in the lobby or join Training Mode.

This is a good, completely optional way to warm up and pass the time before getting into your Ranked Match. 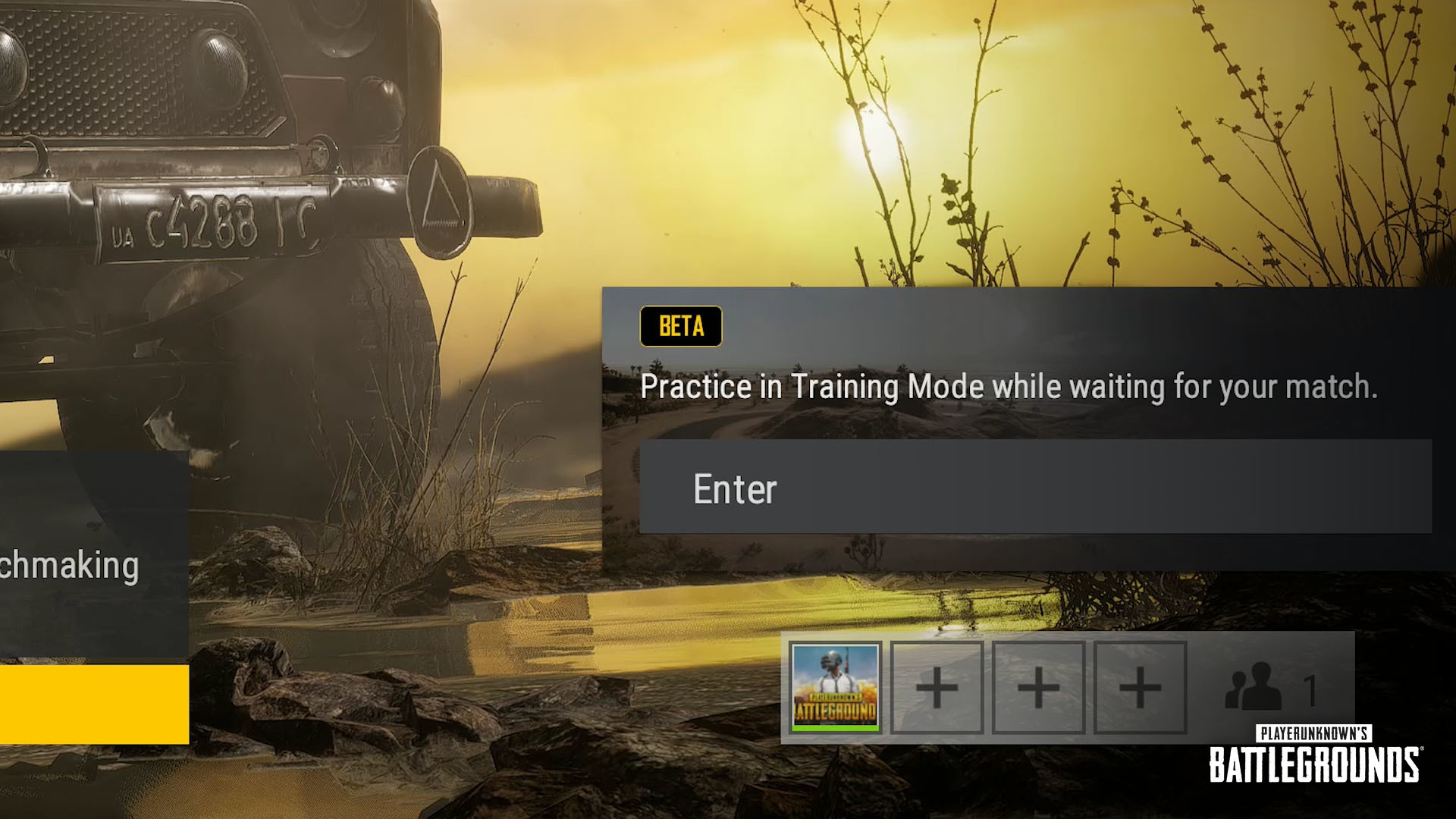 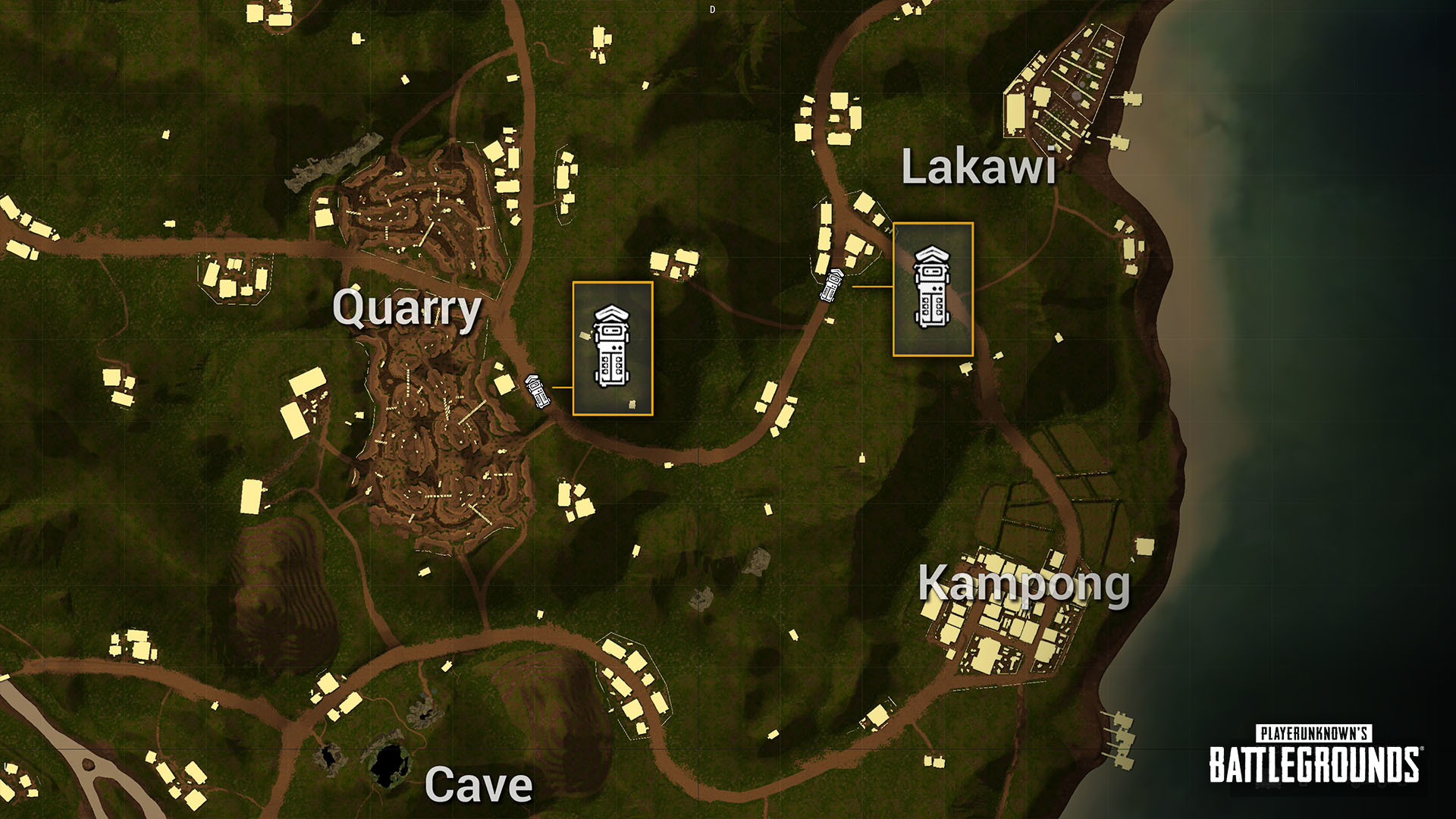 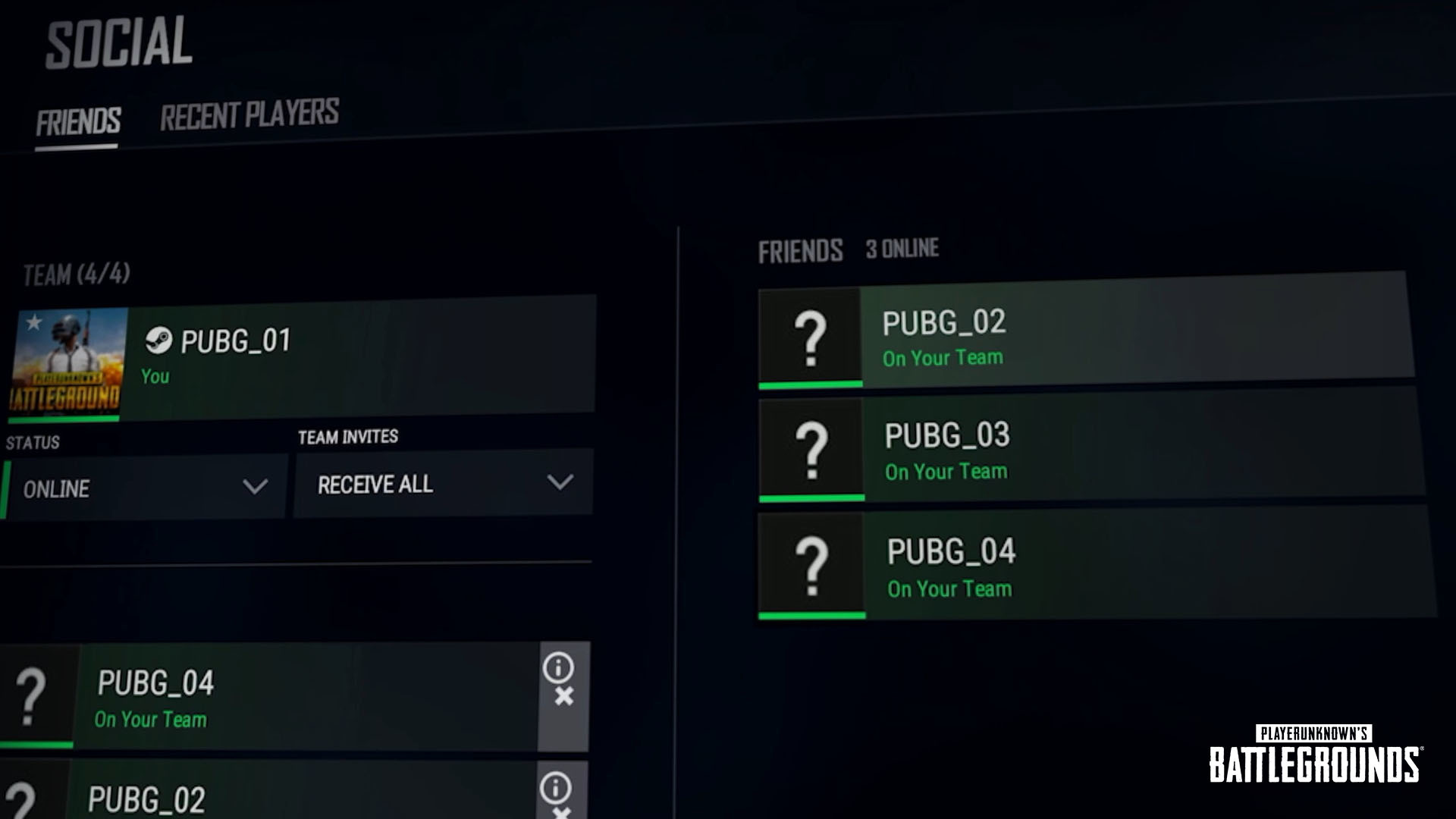 In an effort to make our friend system easier to use and a better place for all things social, we've revamped the system into a brand new Social Page. Here you can see your friends list, people you've recently played with, etc.
Have a quick click around the Social Page next time you're in-game to discover how it all works. 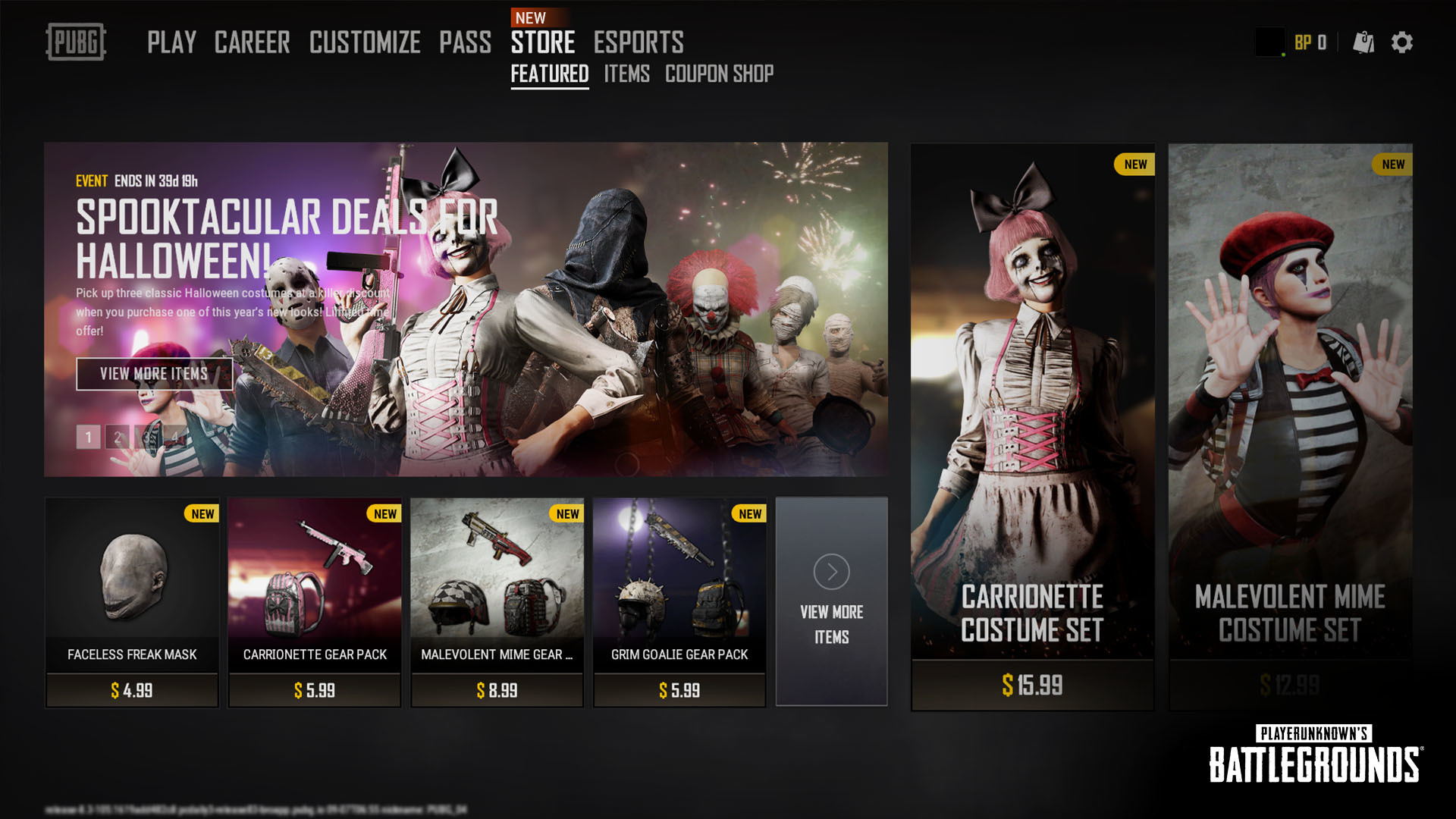 Store featured page has gone through an overhaul to provide better experience. Browse and interact with the new featured page! 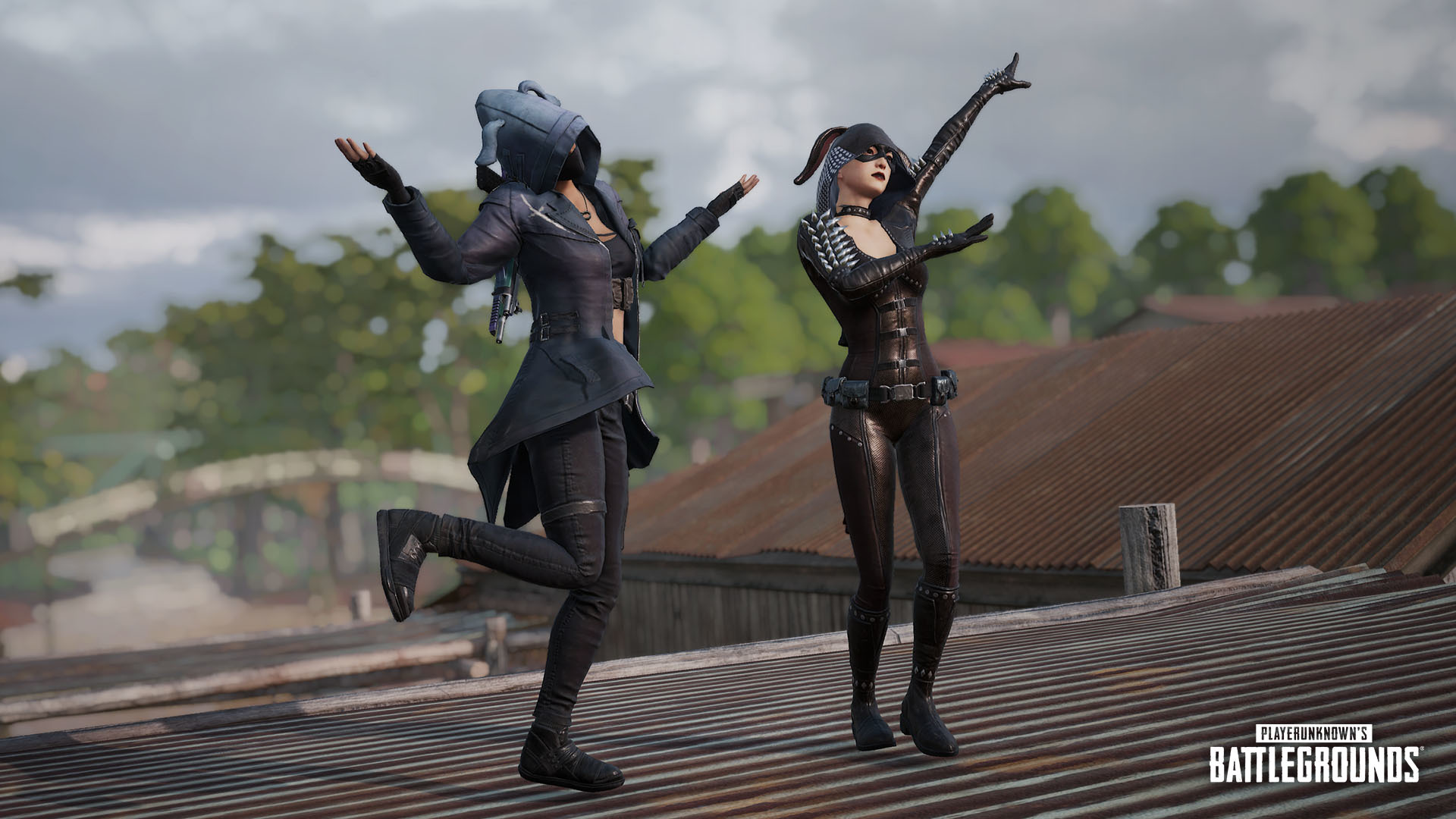 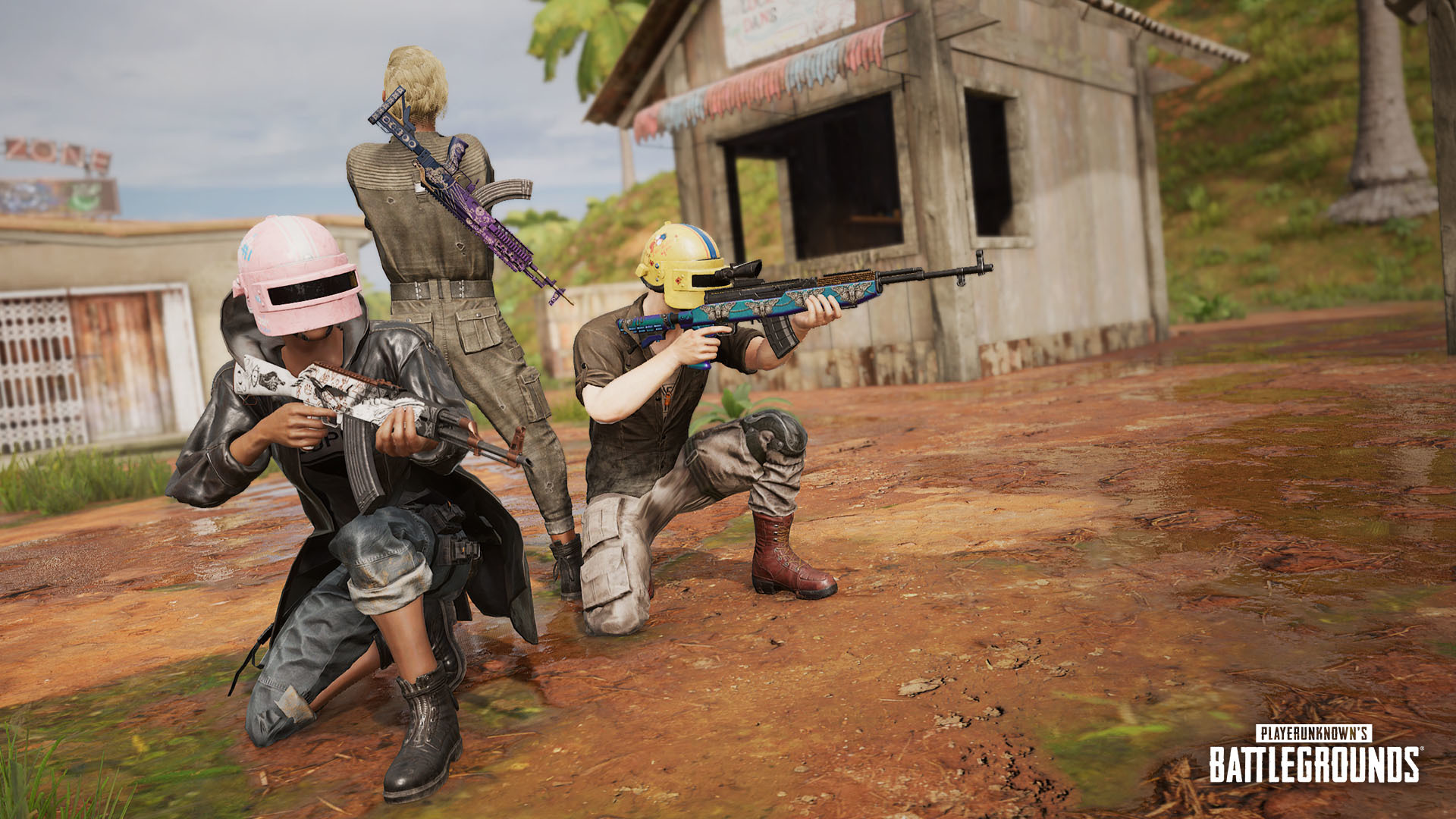 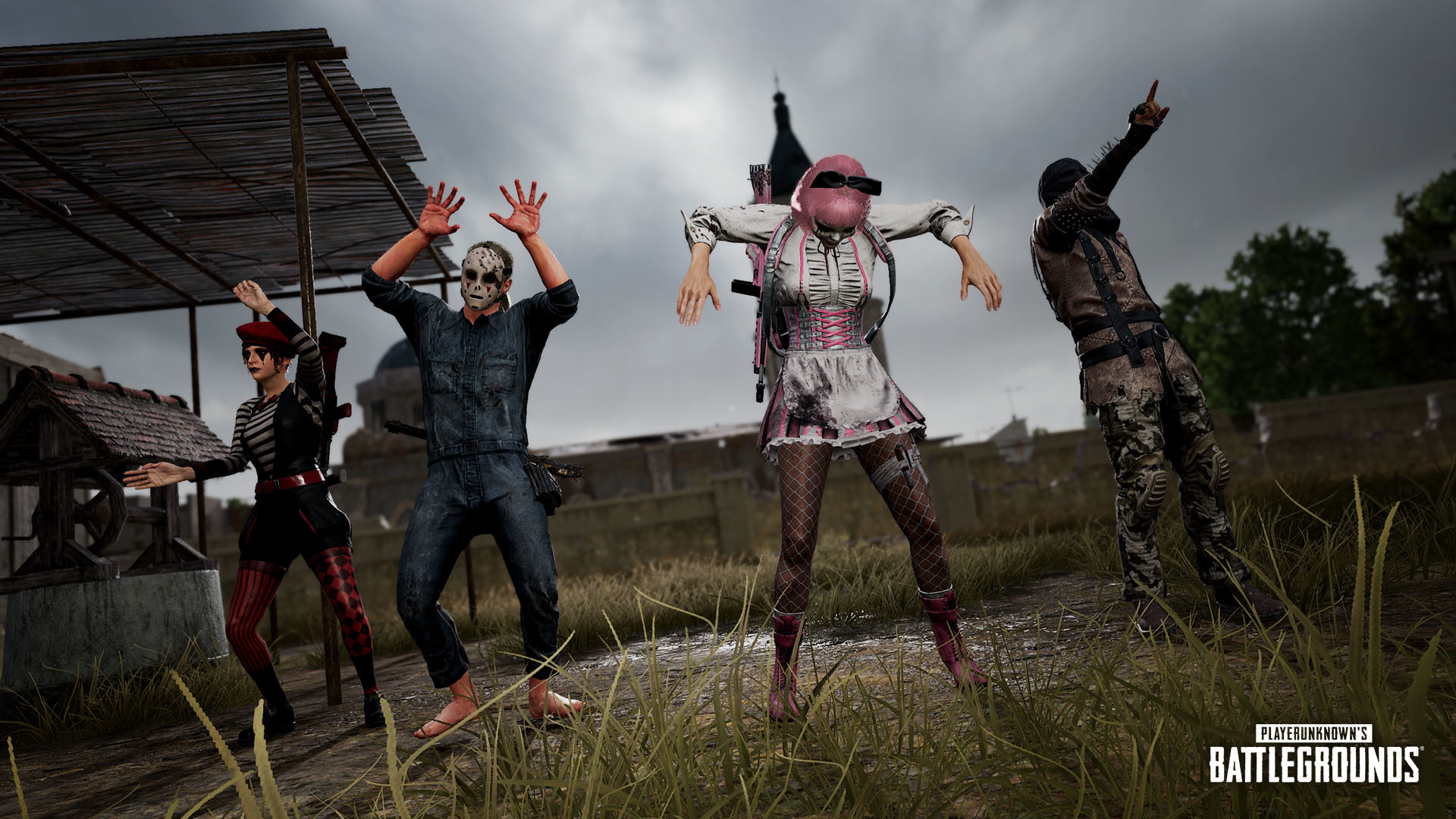 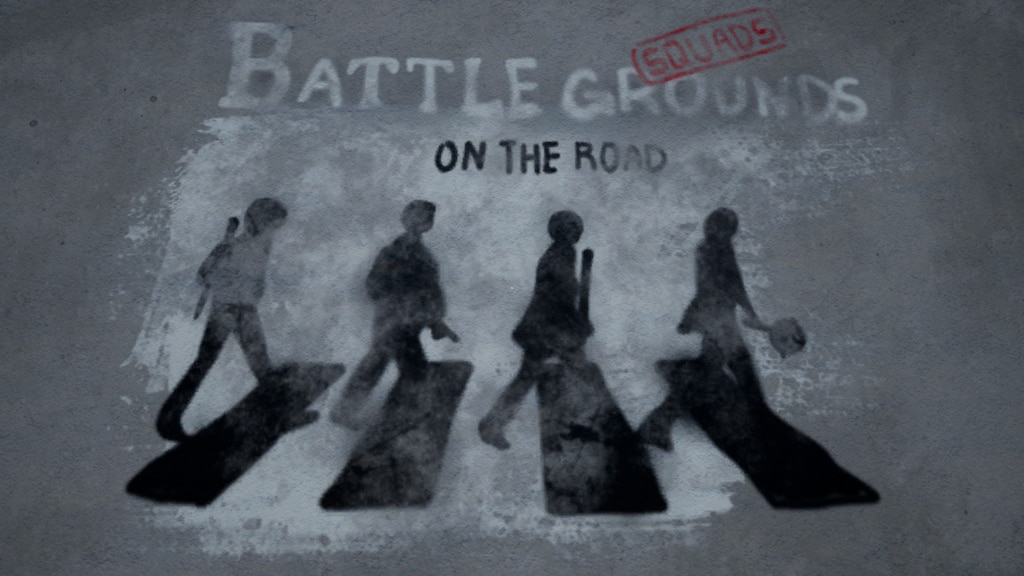 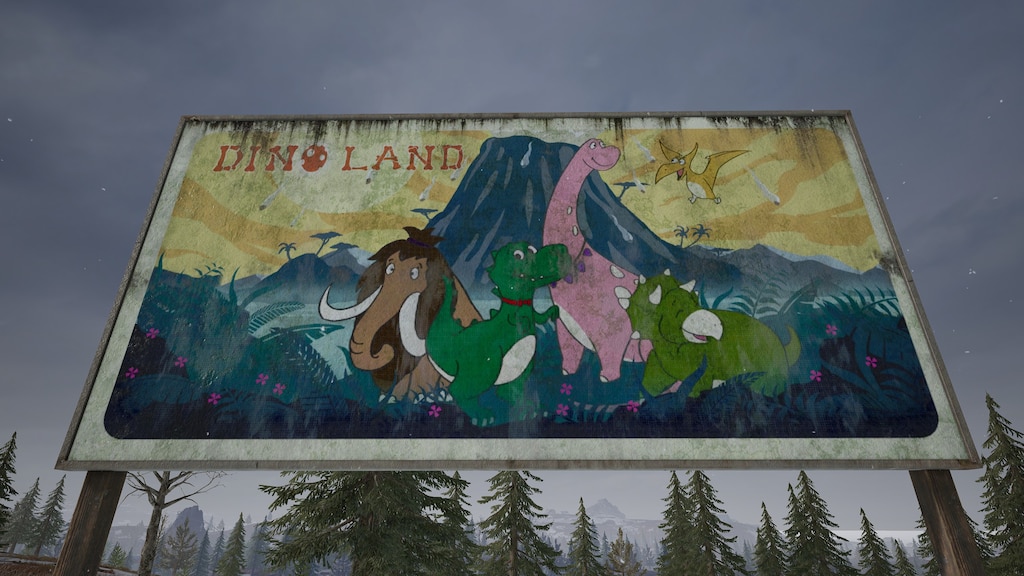 Captn Jack
2 hours ago
General Discussions
Hackers
I love how PUBG wont give back points to those losing them to hackers, so we die, lose points while hacker maybe get banned. Get your ♥♥♥♥ together PUBG quit screwing over your regular paying members for publicity!
37

Recommended
122.9 hrs on record
nice game to have fun on a weekend with friends

Recommended
1,472.4 hrs on record
What can I say? I've played this game endlessly, it made the Battle Royale Genre what it is. It has it's bugs and issues, like most games but none were game breaking in my view. One of my favorite Battle Royale games to date.

Recommended
296.3 hrs on record
lest gemz 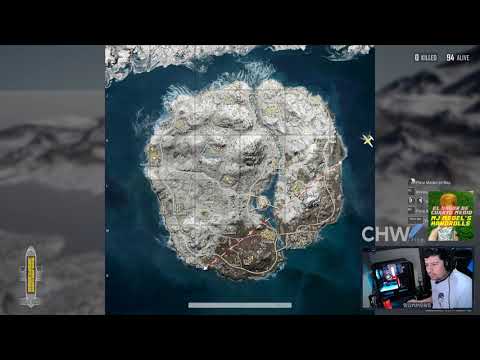 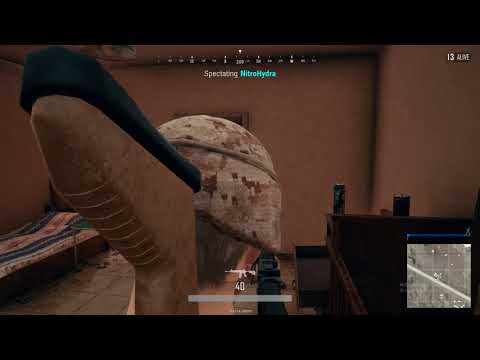 Turntable Locations
Turntables can only be found on Erangel. Here's a map of all locations.

♐kpúcс♐
View all guides
hacker problem
Hello guys just wanna say that your anti cheat is non exsistant . When i report a cheater that is cheating so obviously it can't be more clear he is hacking ... Then i report him like 40 % of those obvious hackers get banned and thats only temporary ban HOW HOW you can see him shooting through walls and bushes and still no perma ban or no ban at all. I am so disappointed it hurts cuz i really like this game but this is so frustrating....
47

Spinel
1 hour ago
General Discussions
PubG refusing to launch
So far, I've tried to verify the game files, found one to be missing. Officially have tried this about 5 times, have reinstalled steam, and have fully reinstalled pubg twice now and I am still having the same issues trying to launch the game. When I press play, it briefly says "running" and then goes back to "play" after about 30 seconds. Nothing launches, there is still a missing game file, eand there is no new activity in my task manager that even shows that the game is attempting to launch. What can I d...
9