The dead have risen and civilization has fallen. Now it's up to you to gather survivors, scavenge for resources and build a community in a post-apocalyptic world – a world where you define what it means to survive in this ultimate zombie survival simulation.
$29.99
Besøk butikksiden
Mest populære samfunns- og offisielle innholdet for den siste uken.  (?)
Update 19: Riding Shotgun
29. juli
An Important Request
Before we get to this month’s in-game headlines we’d like to ask for your help.
Undead Labs, in partnership with the American Red Cross, urges you to donate blood.

By giving blood, you give a bit of yourself to help save a life.

The blood supply is critical. Blood cannot be saved or stockpiled. Now more than ever, your donation is needed.

Visit StateOfDecay.com/RedCross today, and get involved.
Together, we survive.

Riding Shotgun
Has it really been a whole month since we debuted the Green Zone difficulty level and delivered the piratical Plunder Pack? It has indeed, and we’ve been busy with another round of gameplay improvements.

Here’s a list of highlights from this update. You can read more details about each item below, along with a full recounting of other improvements and bug fixes. 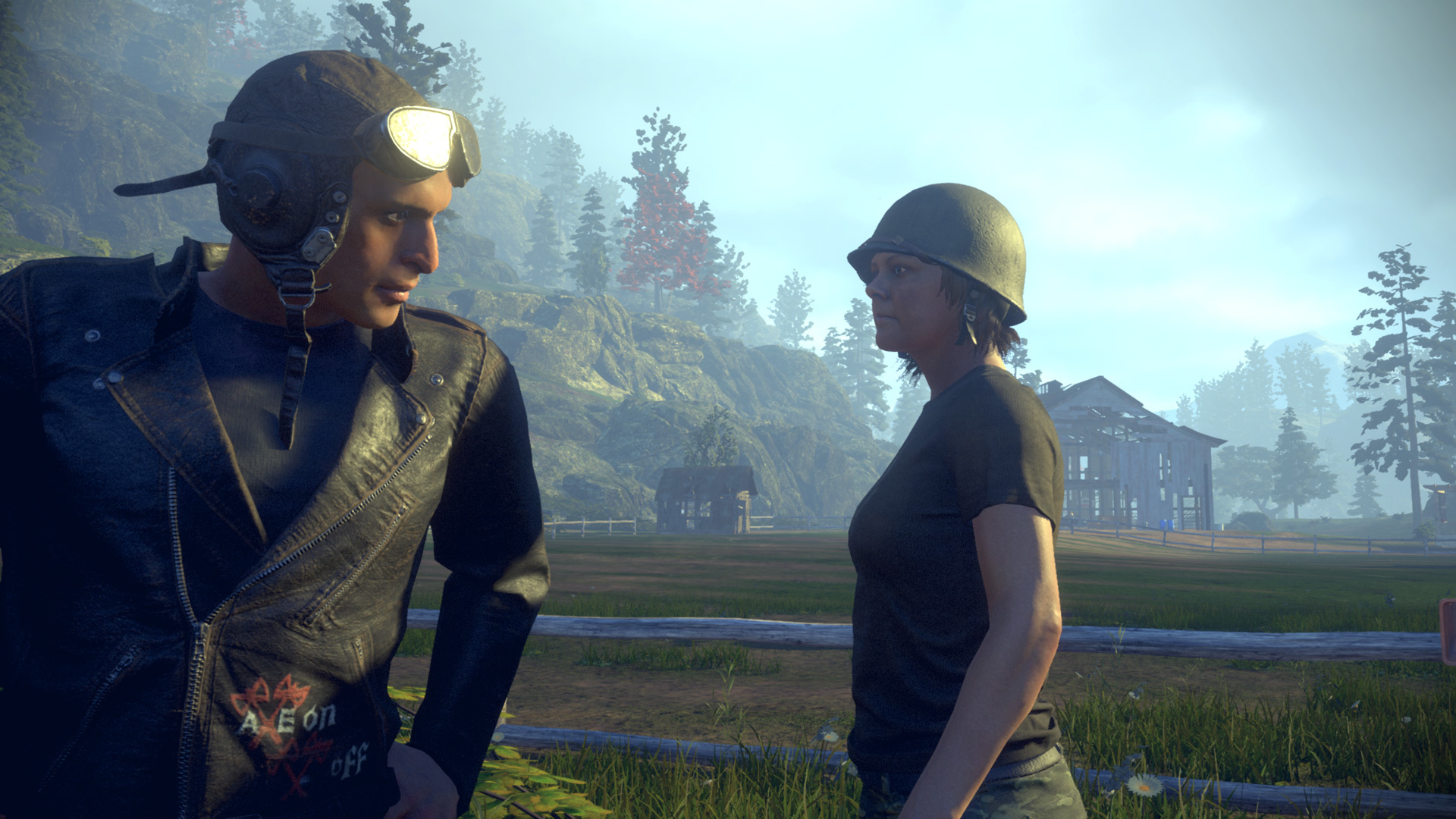 Vehicle Tune-Up
You depend on your vehicle’s performance, whether you’re speeding down the highway or dodging zombies on windy dirt roads. As a result of your feedback, we went under the hood to review and improve vehicle performance across our entire fleet of cars, trucks, SUVs, and vans.

Next time you’re driving, look for these highlights:

Shotguns Get a Shot in the Arm
Blowing away the evil dead with your boomstick delivers visceral excitement that no other firearm can match. To better deliver on that integral part of the zed-killing fantasy, we’ve drastically improved shotguns in the game.

Here’s what to expect:
Try one out today!

Drucker County Map Improvements
Our experience building the Providence Ridge map inspired us to review our existing maps to see where we could improve their quality. We identified Drucker County as deserving of some artistic love, so we unleashed a team of landscapers and architects on the entire area. Their goals: to enhance the map’s visual interest and improve player navigation.

To enhance visual interest, our team added infrastructure around select buildings to better “ground” them in their locations, added signage and set dressing to some base locations, and added details to non-playable spaces that felt a little barren. Taken together, these result in a more attractive and immersive space to explore.

Since Drucker County has never been the friendliest place for vehicles, we also prioritized a better driving experience. Our team smoothed out terrain, removing several tons of rocks that interfered with off-road travel or created frustrating dead ends. We added new dirt roads that show up on the Map screen to highlight easier routes. Finally, we placed signage, fences, and other visual guides to help drivers stay safe.

If it’s been a while since you visited Drucker County, we encourage you to get behind the wheel and check it out!

Free Bloodmobile for all Players
Speaking of getting behind the wheel, all players now have a new radio command allowing them to have a unique Bloodmobile vehicle delivered to their community.

Each community can use this radio command once for free; after that, calling for a new Bloodmobile will cost Influence. 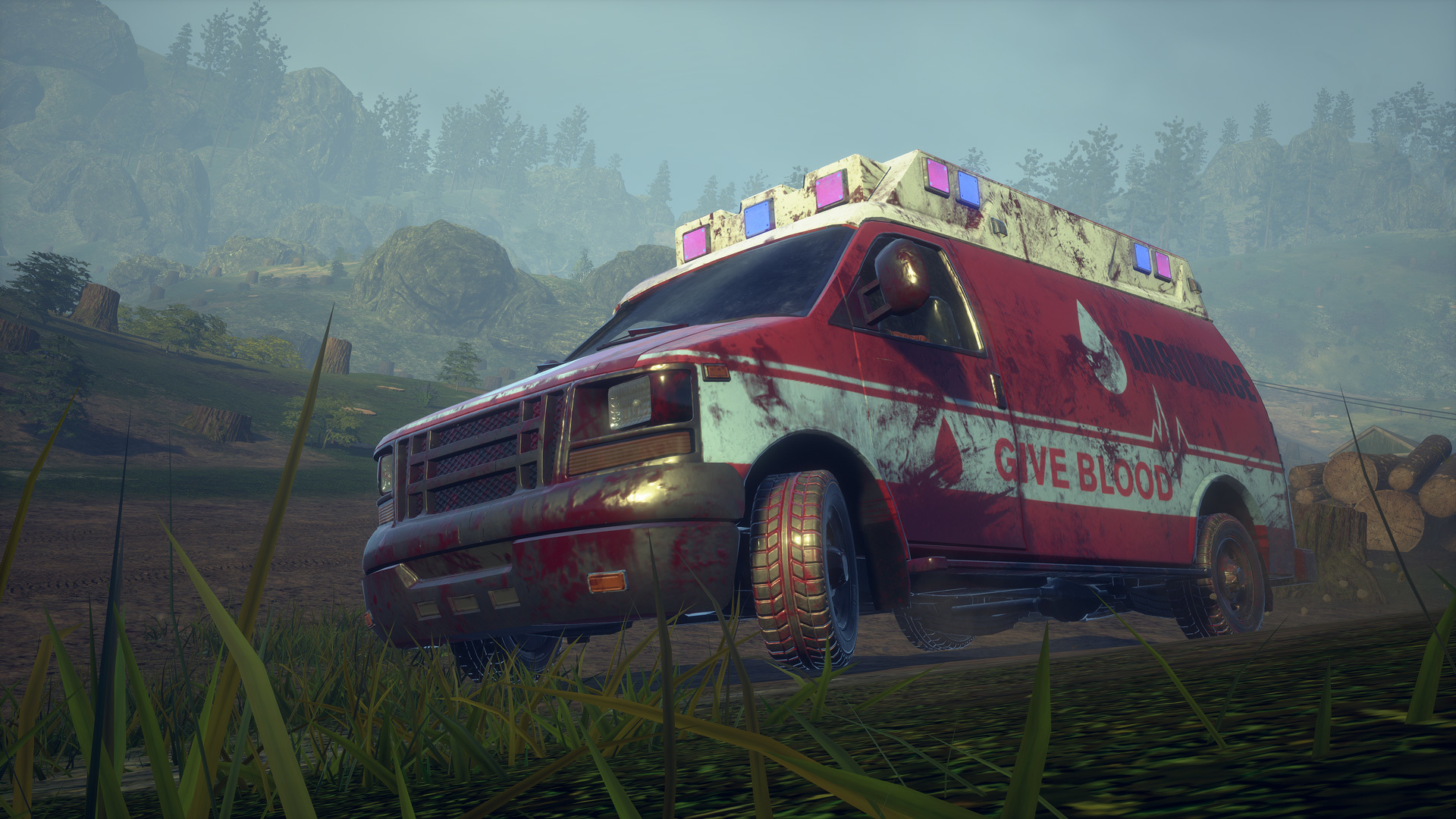 This radio command replaces the Wizard Van option and is available only for a limited time. To view your radio commands, open your Inventory and tab over to Radio Commands.

World War 2 Pack Returns, With an Upgrade
The brand-new World War 2 pack adds 8 new weapons to the game, plus 2 items of clothing and a unique firearm attachment. These items are drawn from or inspired by the European theaters of combat, and most are available by completing bounties for the Bounty Broker.

In addition, all weapons previously found in the World War 2 Pack (last seen in January of this year) have been added to the loot tables and can be found by scavenging in the world.

What’s Coming and Going
The return of the World War 2 Pack means that we must say farewell--for now--to the Bundle Up Pack. Remember that you keep anything you already own, but you can’t acquire more items from retired packs.

In August, we welcome the Go Bag Pack (last seen in March) back to the game! In addition to the 9 weapons originally featured in that pack, we’re adding 3 new bounties that let you earn some brand-new items.

All Go Bag bounties will be completely reset when the pack returns in August, so whether you’ve seen this pack before or it’s all new to you, the Bounty Broker will have 12 tasks for you to complete. We’re also implementing some tweaks to reward those of you who have already finished some or all of these bounties--more news on that as we get closer to the Go Bag Pack’s release date.

To make way for this returning pack, the Anniversary Pack will be retired in August, so be sure to complete those bounties soon! 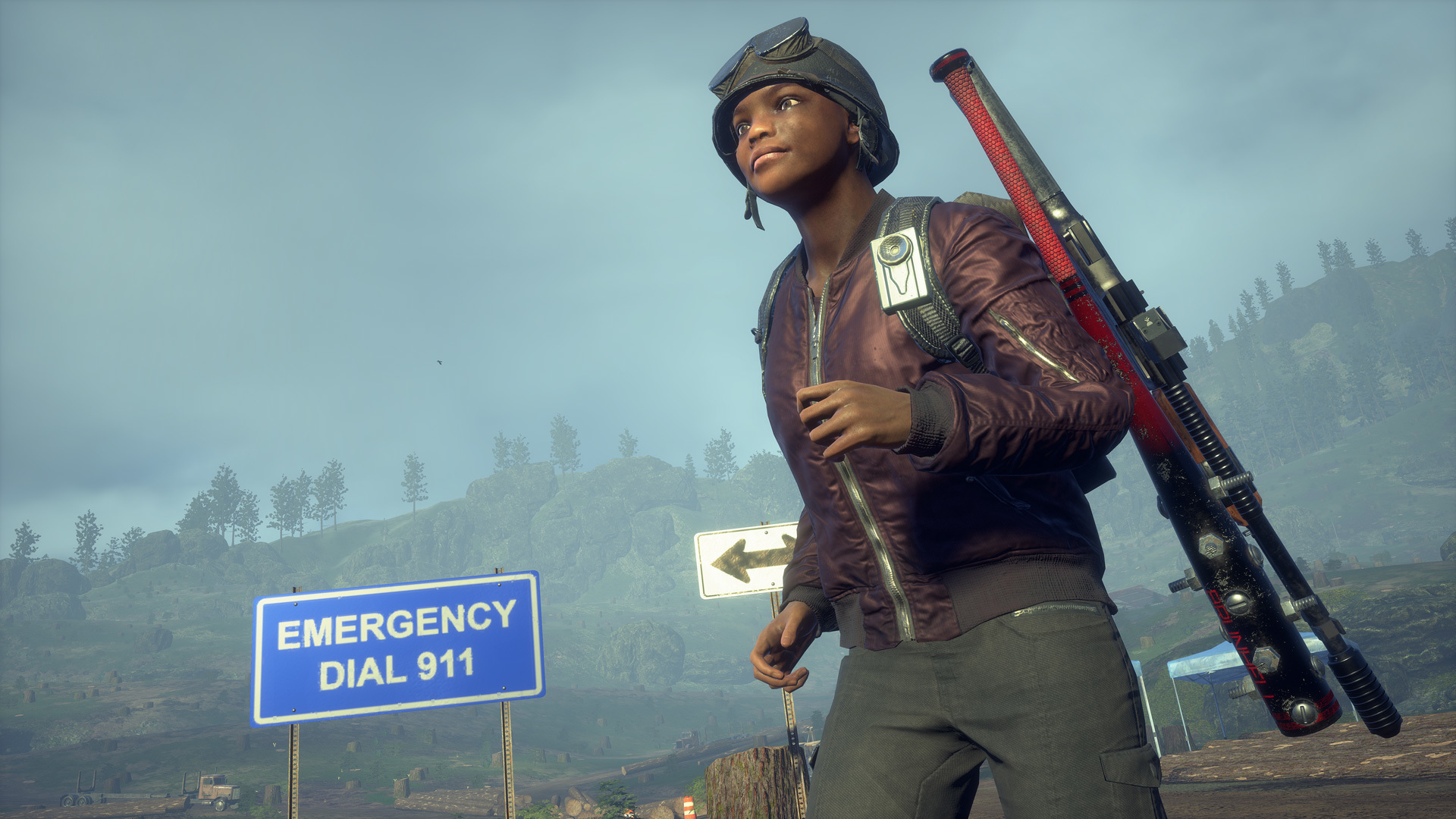 Other Fixes and Improvements
Loot Container Distribution
We’ve made a tweak to the way loot containers – the objects you open up in search of guns, resources, and other useful stuff – are distributed among buildings in each newly populated map. This adjustment aims to reduce frustration and create moments of excitement on long-haul scavenging runs.

Originally, a typical building included 5 or 6 lootable containers for the host player, which often held slightly more items than you could carry home.

This resulted in many scavenging runs ending halfway through a building, leading to some frustration.
We’ve altered the container distribution so that most buildings now offer the host player either 4 or fewer containers, or 8 or more containers.

In most cases, when you explore a new building you should either think, “Yes, I have plenty of room to collect all this stuff and bring it home,” or “Wow, this building has more stuff than I could ever carry! What a bonanza!” Extra points if you use the word “bonanza.”This only applies to newly populated maps. Your existing settled communities will have the same distribution of containers both before and after the update. 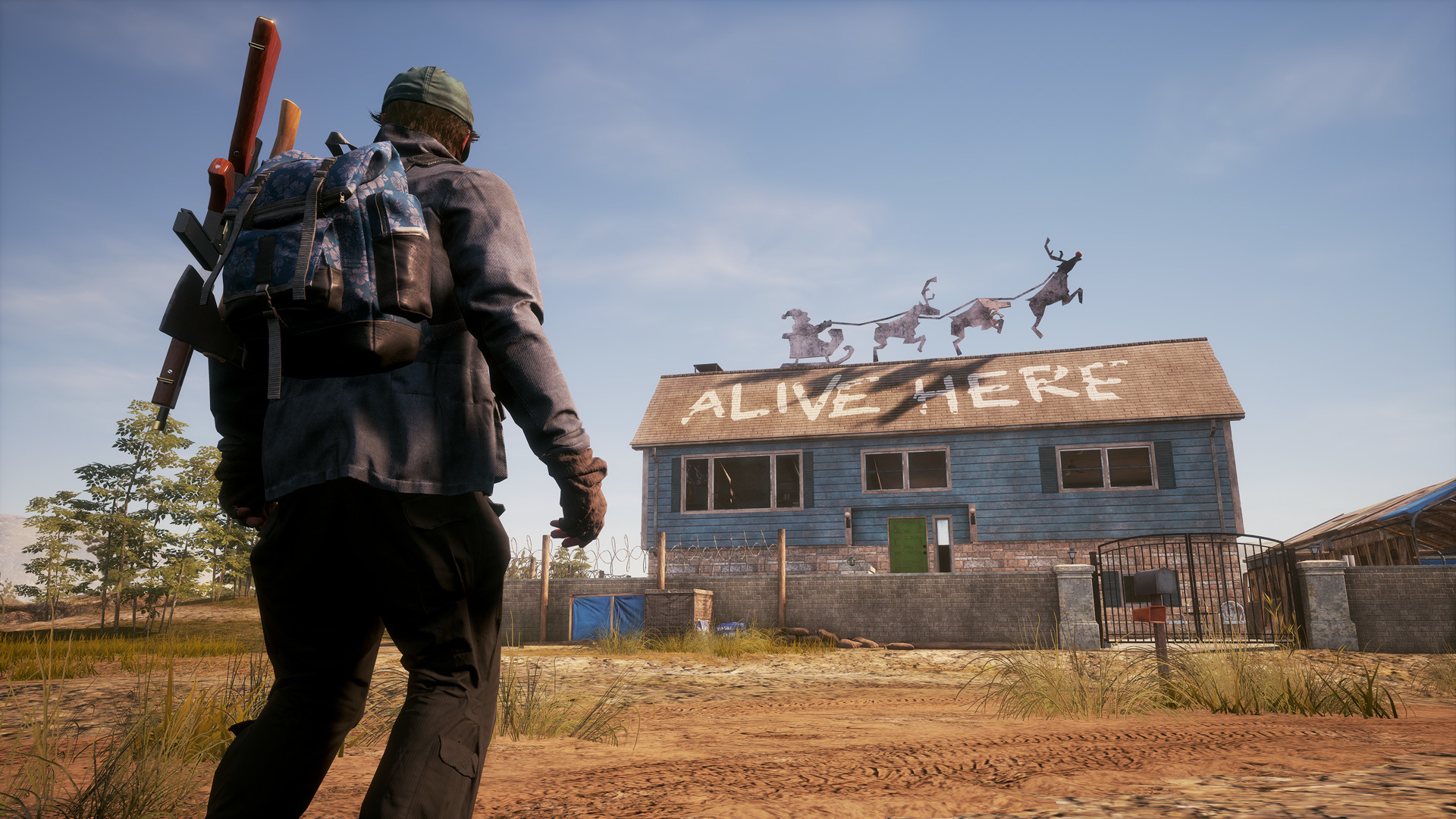 Systems
If you start a new Green Zone game, and you’ve unlocked legacy boons at higher difficulty levels, the Green Zone versions of those boons should now be available to you, no matter when you unlocked them.

Previously, Green Zone boons were showing up unreliably if you unlocked their higher-difficulty versions prior to Update 18. 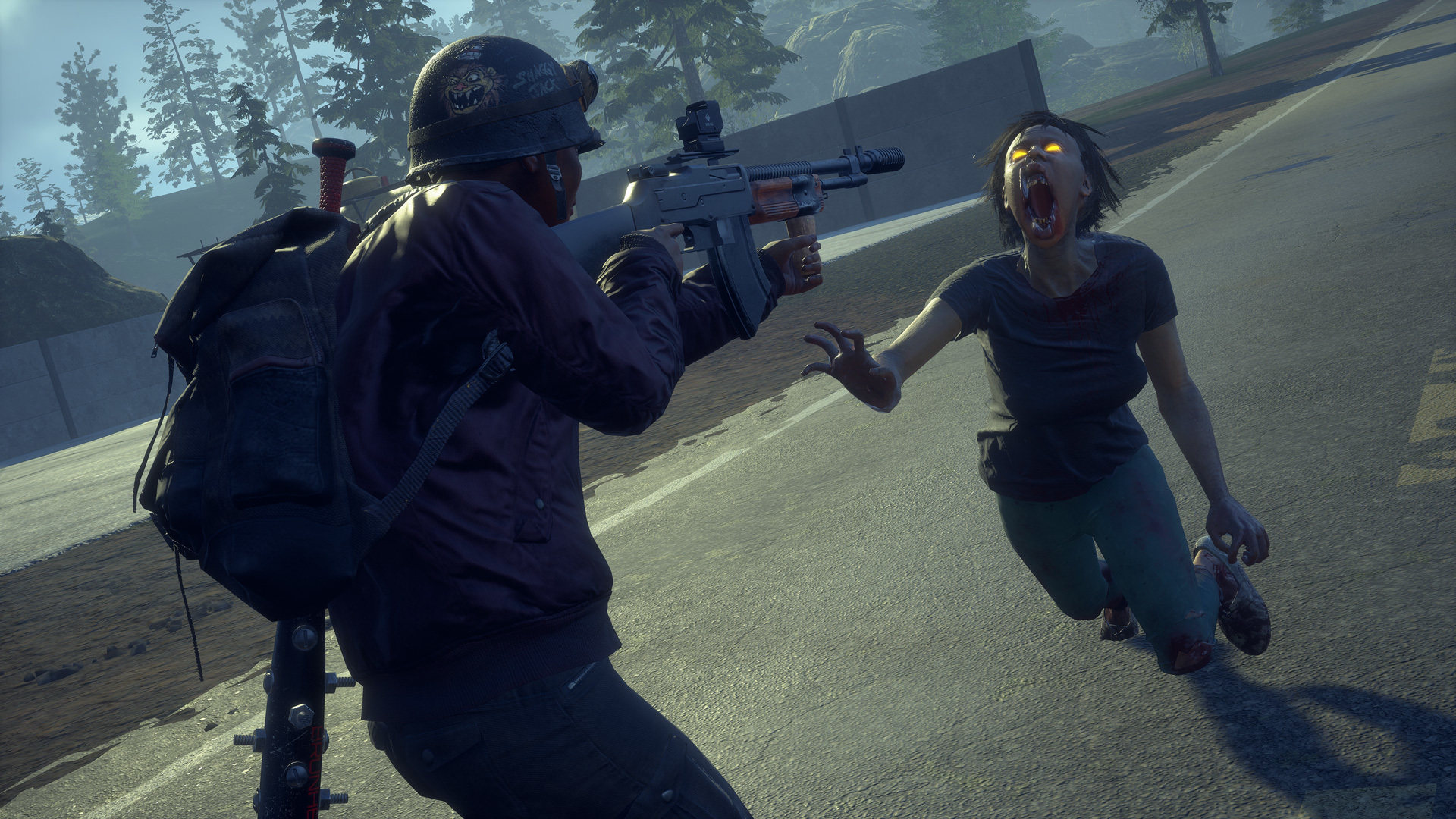 Gameplay
We made some fixes to the way noise stats are calculated for revolvers. 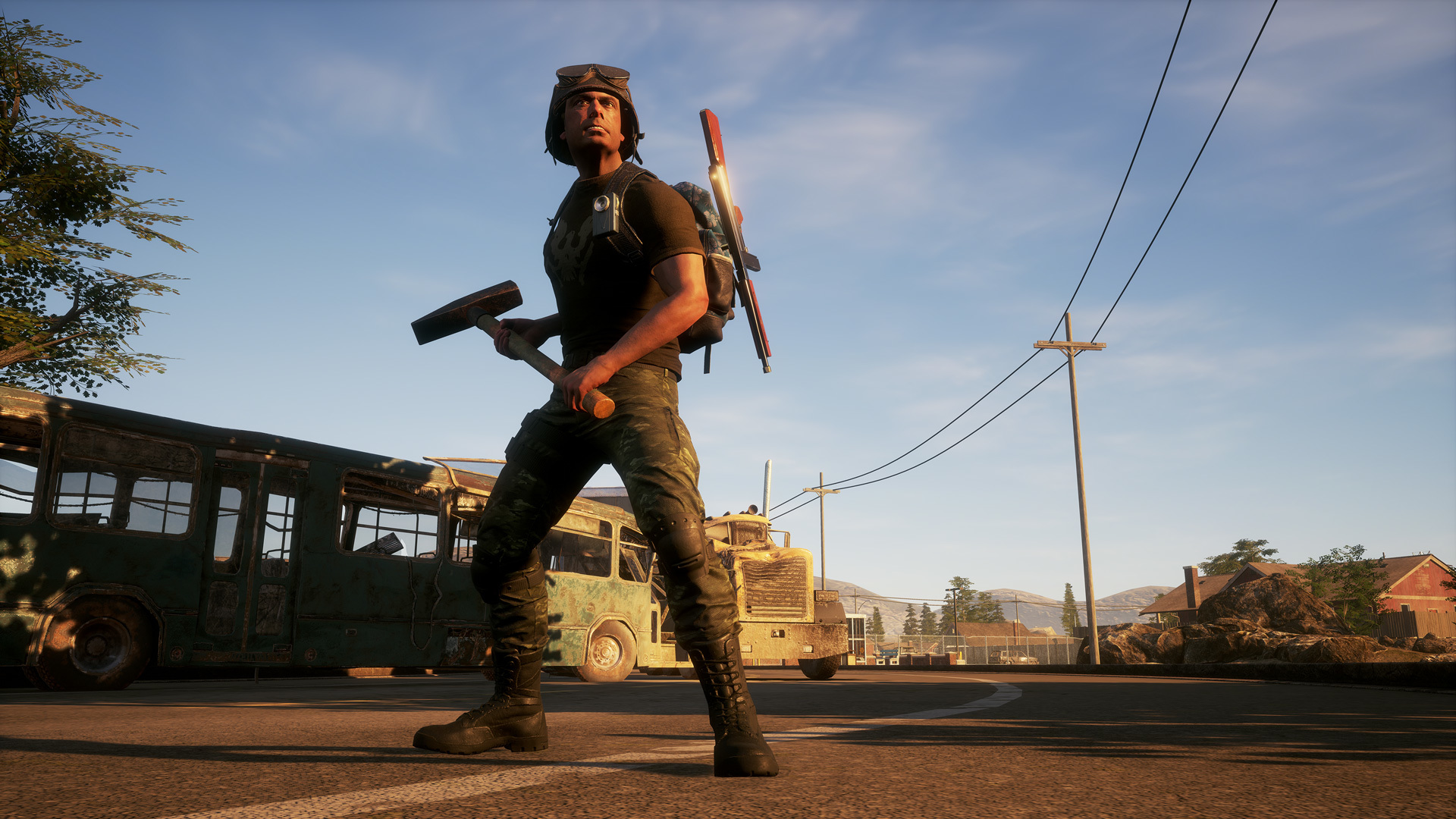 Miscellaneous
We made further adjustments to the maps (beyond the refresh of Drucker County) in response to minor bugs with collision, textures, etc. 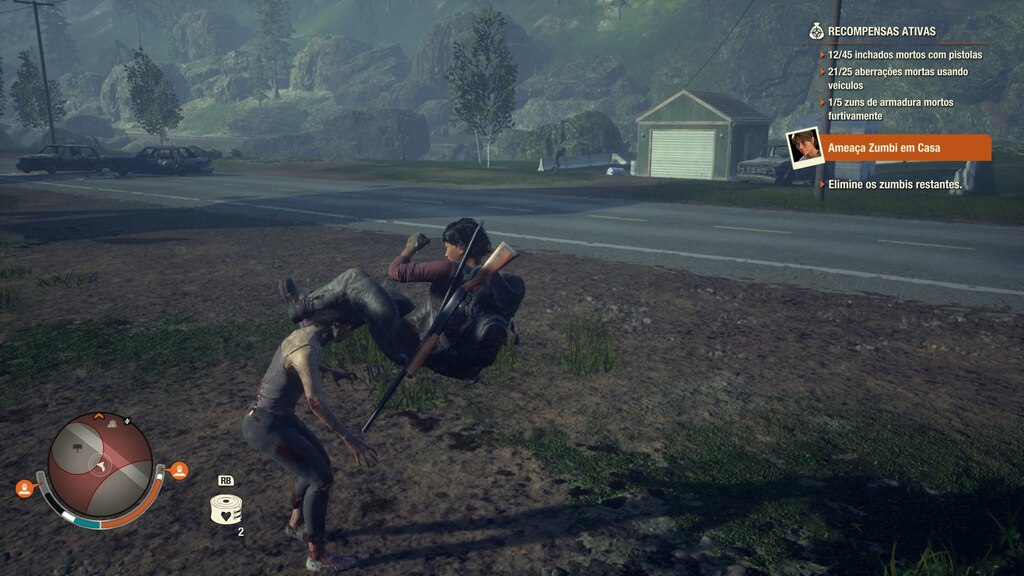 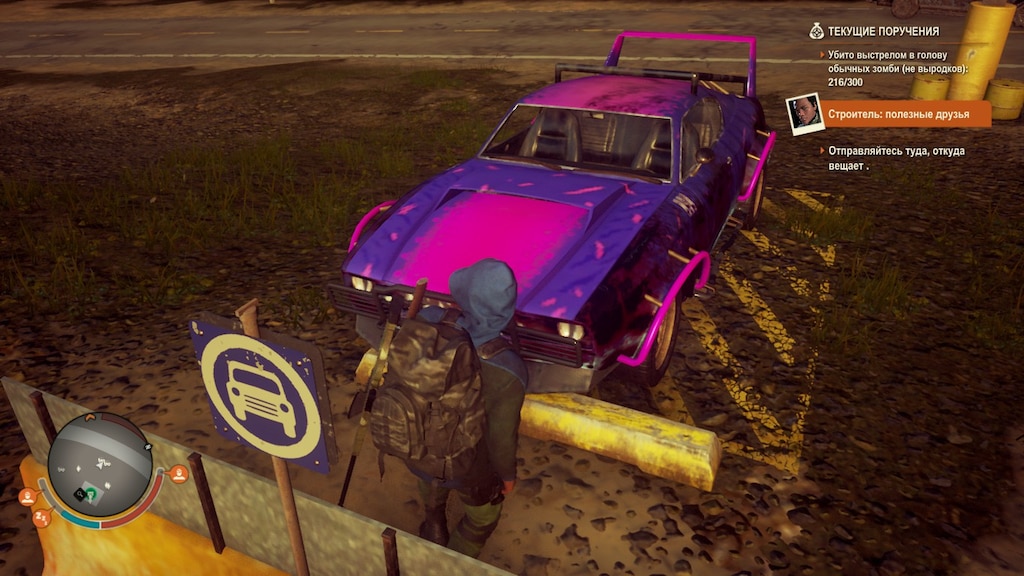 Daybreak Solo – My Take
I’ll get straight to the point. Try to follow any steps I give you. For a viewable instruction and playthrough, watch the pinned video recorded by me fighting off the horde in Daybreak Solo. 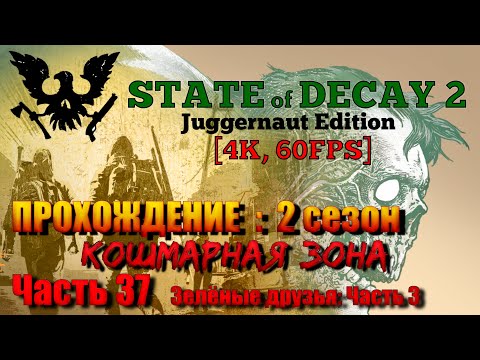 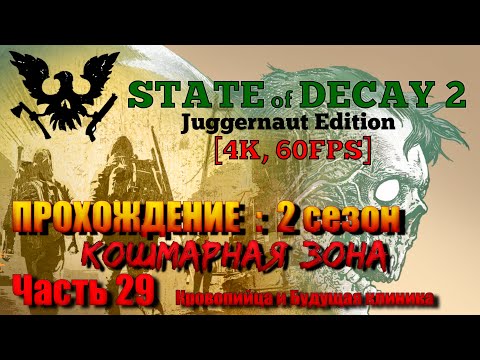 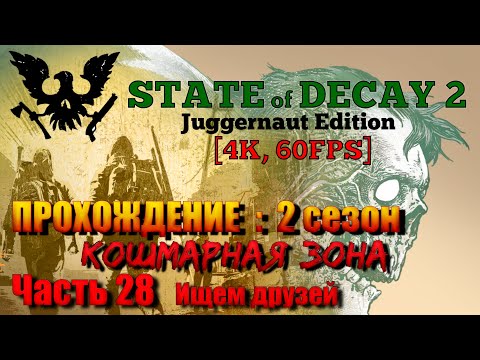 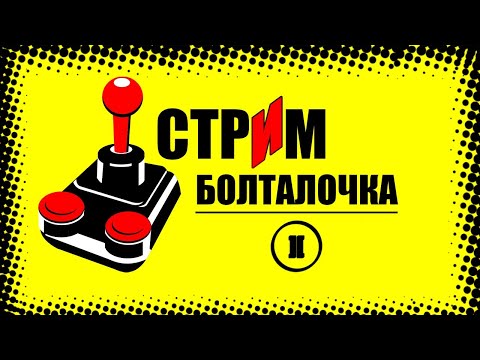 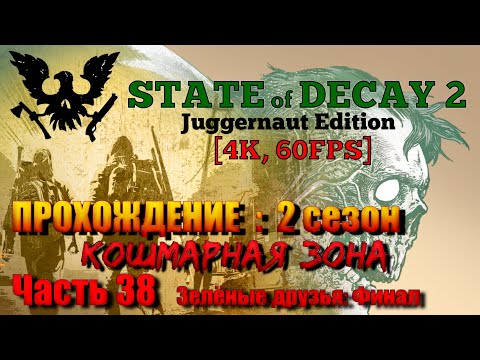 4KManiac
Vis videoer
HELP
How do I play multiplayer ?
10

barry1kc
11 timer siden
Generelle diskusjoner
Update 18: Green Zone
24. juni
We hope you enjoyed celebrating the two-year anniversary of State of Decay 2 with us last month. You might think that after a party like that – not to mention the release of the mighty Juggernaut Edition just a few months ago – that the entire dev team might opt to just sleep in... but NOPE! Instead we’re back with another exciting content update!

This month we’re debuting a BIG new feature designed for players looking for a slightly calmer post-apocalyptic experience. We’re calling it the Green Zone, and you can read all about it a little later.
In case that’s not your bag, you should also check out the Plunder Pack — a new array of pirate-themed weapons and outfits available ONLY from the Bounty Broker!

And of course, we have our traditional set of gameplay improvements and bug fixes. Here are some highlights:

Here are some of the key differences you’ll find in a Green Zone:
You can try out the Green Zone by starting a new community and choosing Green Zone at the difficulty picker. You can also move an existing community to a Green Zone map by opening the Difficulty Screen and selecting “Green Zone.”

It’s a Pirate’s Life for You
Inspired by our friends at Rare (creators of the exciting pirate game SEA OF THIEVES), we’re expanding our buccaneering options with the new Plunder Pack!

This pack adds four weapons, two outfits, two hats, and one seriously sexy vehicle to the game. All nine of these wonderful items are available by completing bounties for the Bounty Broker. 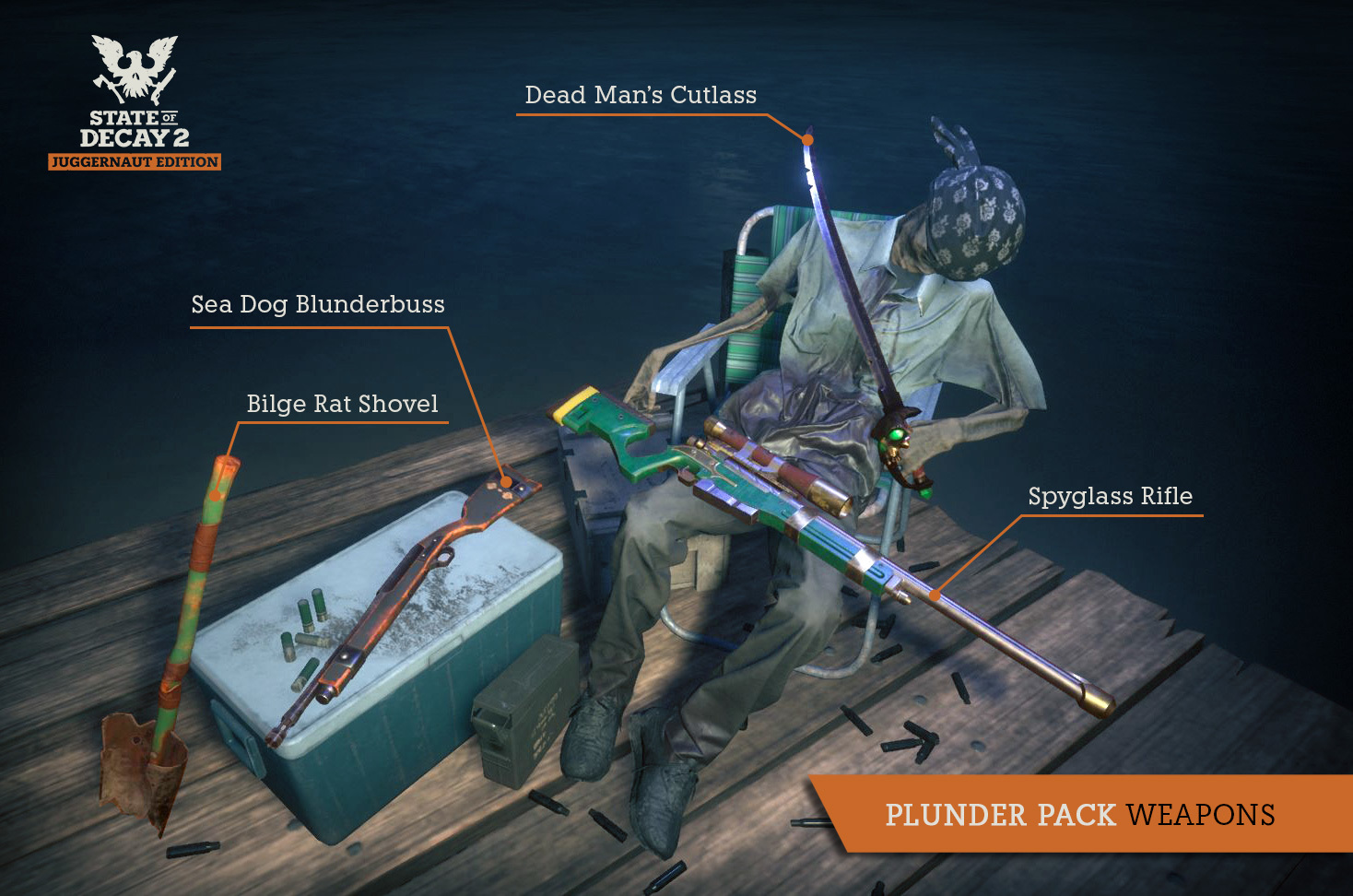 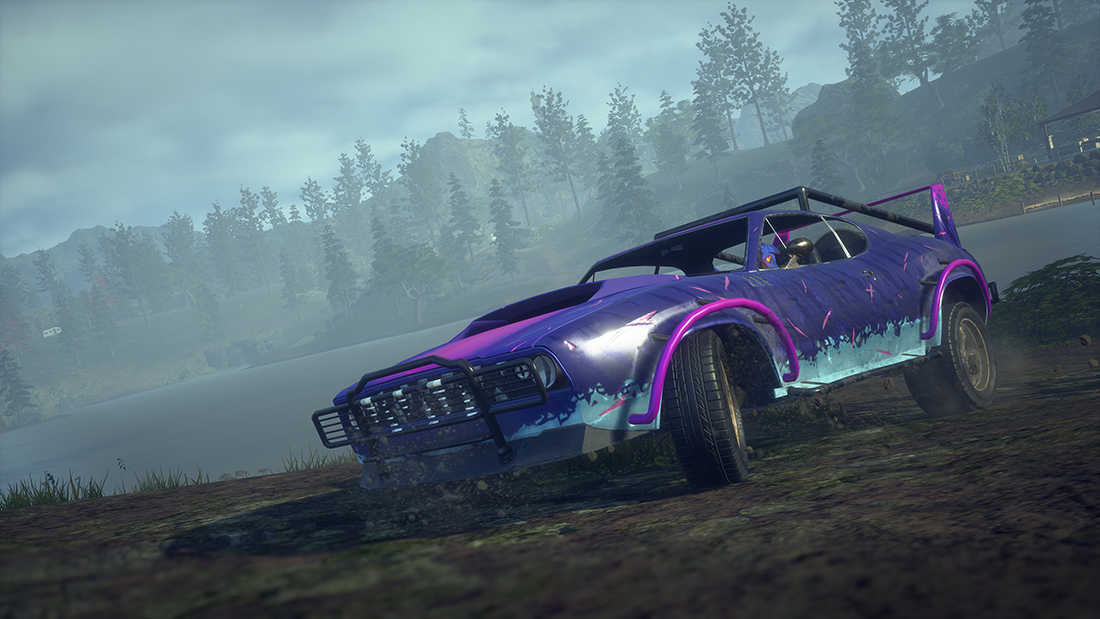 What’s Coming and Going
The addition of the Plunder Pack means it’s time to say goodbye (at least for now) to the Trumbull Valley Pack. Remember that you keep anything you already own, but you can’t acquire more items from retired packs.

Our next update, in July, will feature the first return of a retired pack! The weapons of the World War 2 Pack (last seen in January of this year) will once again be available in the game. Most returning weapons will be available as loot, and the pack also includes new weapons and outfits that you can unlock by completing bounties. To make room, the Bundle Up Pack will be retired at that time.

Garden Gnome Contest
The winners of our Garden Gnome contest have had their nicknames added into the random name generator as of this update. Congratulations to all of our winners! (These nicknames are very rare, though, so we do not recommend sitting on the character-generation screen trying to make them happen.) 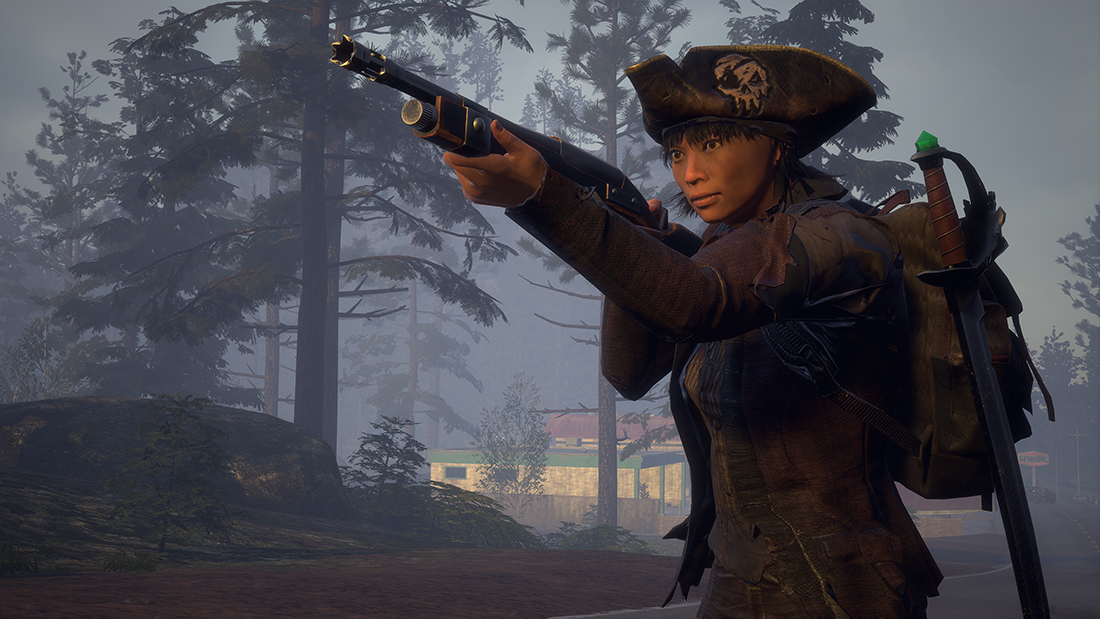 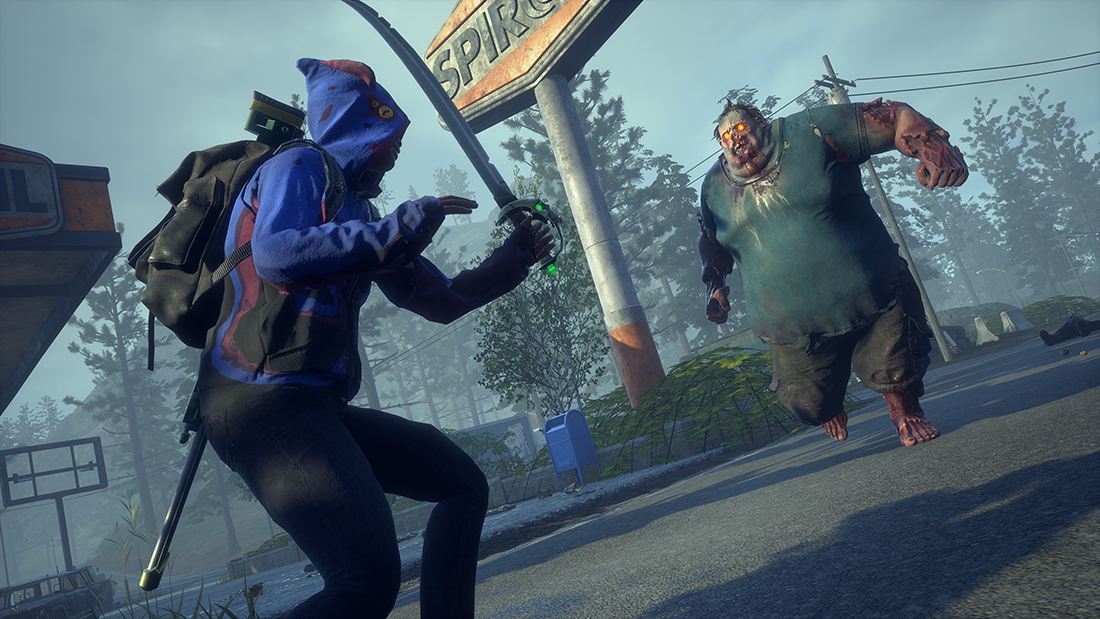 Base Management
Other Stuff