Flee the shattered ruins of the Moscow Metro and embark on an epic, continent-spanning journey across the post-apocalyptic Russian wilderness. Explore vast, non-linear levels, lose yourself in an immersive, sandbox survival experience, and follow a thrilling story-line that spans an entire year in...
$39.99
Visit the Store Page
Most popular community and official content for the past week.  (?)
Invisible enemy... Bug?
Hey guys just started playing, but I constantly keep coming across an enemy in which I can not see or shoot. The rest of the game is running fine still on the first map. It is some sort of powerful melee enemy, rarer then most but still just randomly kills me, I can hear it before it rips me to shreds, but even if I shoot anywhere the bullets just go through whatever it is. Are these real enemies like the unkillable electrical ball thing? or is this a bug?...
2

Mephiston87
21 minutes ago
General Discussions
Why GeForce Exp does not recommend me DLSS ?
Hi I have a Ryzen 3600X / RTX 2060 Super - 16GB ram 3200 (one stick) and on this game with RTX turned on ultra the game goes down to 45-50 fps when it seems to be the most demanding moments. I'm not a pro when it comes to technical stuff and ray tracing, but I heard that DLSS is supposed to help RTX going smoother, so I was just wondering why Geforce experience does not recommend me to turn on that option since the game is not running permanently at 60fps (I have a 60Hz monitor so...) if someone can enli...
10

Bengz
7 hours ago
General Discussions
Can Anyobne Tel me how to delete saved games ???
???
6 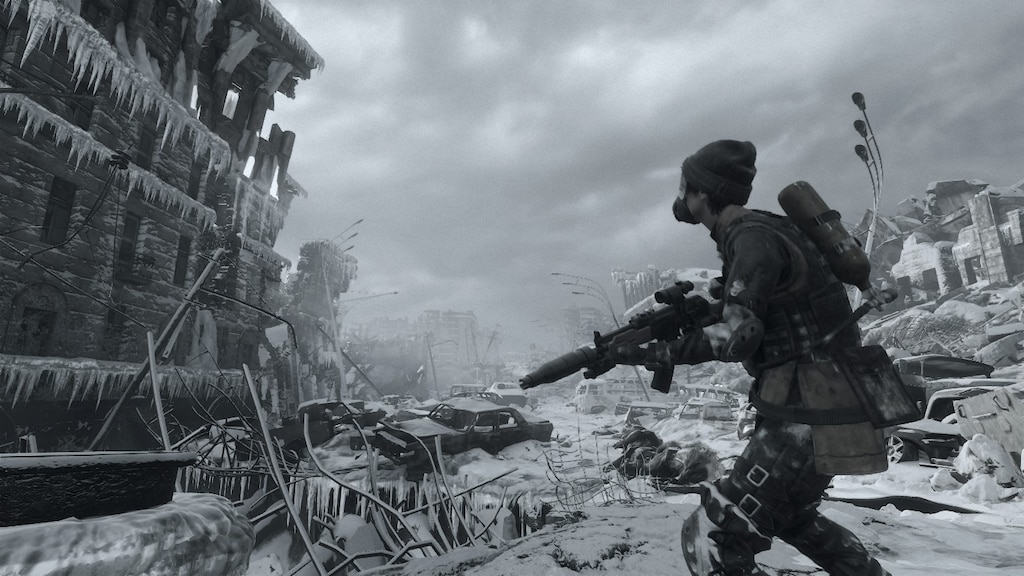 ✫ Ꮙ.Ǥσℓđꝩ ✫
View screenshots
so different from other metro games really struggling
I played the other games on normal and always found enough ammo to get by even when not using alot of stealth. I guess im playing this game wrong but I barely ever have ammo and am constantly being overrun by the mutants/zombie things. Melee is weak so that doesnt really help me. IS there a way im supposed to be playing other than just using guns like the other games or? I really love the metro series but im not a pro gamer im an average/below average player just trying to have fun....
59

the-pain2006
6 hours ago
General Discussions
how many people can you kill and still get good endng
as title says ..how many can you kill and still get good ending ..cuz im only killing if there is no other choice for me (like if its obviously a stleath part of the game im for sure stealthing an only kill if need be if not at all)) like in the cannibals level and the desert like place ...stealth isnt gonna do it there (atleast not yet in the desert make place ...still at the part after getting the maps (and the extra objectives)) but i didnt get a bad moral point indication yet ...only the good ones ..so...
59

Recommended
21.2 hrs on record
Blockbuster, a must have !
Played in Linux via Proton, i have waited too long for a native version but still, it run 100% fine.

Recommended
44.5 hrs on record
What an excellent game.

I admit, I have a bias. I LOVED the first two games, and have read its corresponding trilogy of books. There's a great charm about the Metro series, and I assume it's to do with the overwhelming odds the characters contend with, the excellent dedication to presenting Russian culture, and, no doubt, how familiar to STALKER it feels.

Metro Exodus doesn't follow the story of Metro 2035 (the final Metro novel), outside of a few character names and Miller's loss of limbs. That being said, I'm glad 4A Games decided on a different direction. The game explores vast stretches of the Russian post-nuclear landscape, and is better off for it. I had worried that the open-hub nature of this game would ruin some of the linear cinematic spectacle the series is known for, but no, it just provides more of them.

The level design can be poor at times, but for the most part it's engaging and quite well-directed. If you're familiar with the charming jankiness of the stealth sections in this series so far, you'll no doubt recognise the format here. However, where the game really shines is in its gunplay, atmosphere, and character acting.

Each gun feels extremely powerful and distinct, which means choosing a limit of up to three weapons from your arsenal is frequently a decision that holds strategic depth. Using these weapons in beautiful environments where radiation gathers, rain falls, creatures snarl and lighting decides everything will be regularly awe-inspiring, particularly if you play in a dark room.

Of course, there are issues. It's not entirely clear how the morality system in the game works, as in who you are permitted to kill and who you should sneak past. I questioned up to the end whether I was about to receive the good ending or not, which thankfully, I did. Someone else might not be so lucky, as in certain situations, you seriously do need to kill to progress or explore an area. The game is also quite well optimised, but not perfectly. I found myself crashing every twenty minutes using DX12, which is, unfortunately, your gateway to enable ray tracing. Thankfully, I found that disabling the Windows Game Bar and the Nvidia Shadowplay overlay prevented those crashes entirely. It took me about 10 hours to figure that out, and it's a testament to the game I was willing to stick it out that long.

However, for all its quite obvious faults, there are many positively surprising elements in Exodus. The voice acting is oddly fantastic, especially Jamieson Price, who voices Miller. The 'buddy-adventure' nature of riding with The Order is heartfelt, and by the end you really do grow attached to these characters. The story has good pacing, and it never feels like you're in one area for too long, even if exploring areas quite widely. The environmental design is honestly amazing, especially the little details and 'environmental storytelling' people love to talk about. Speaking of little details, if you have an iCUE-enabled keyboard, RGB lights glow depending on story hooks and in-game status. Sit in an intimate setting with your wife, Anna, and your keyboard will flash with a little love heart. Use a medical syringe, and it will flash green. These little details are irrelevant to some, but to me, they only serve to highlight a well-crafted experience.

Yeah, it's good. Very good in fact. Maybe the best in the series. I'm not sure we'll ever return to the Metro in written or video game form, but I really did appreciate my time with Arytom and the hell-world he was born into. When entertainment/art helps you thoroughly enjoy spending time in dark, horrific, nihilistic environments for hours upon hours, you know it's doing something right.

Recommended
19.7 hrs on record
Loved the game, but it ended way to early. 19 hours? That's rare for me to finish a game so quickly, story wise. The Witcher 3 would have taken days and days of hours to complete just the main story.

You travel to about 4-5 different zones. Well, 2-3 really. There's a desert, forest, and metro areas. If they just added ONE more at the end the game would be much better.

As it is I wouldn't recommend buying it for full price, wait until its on sale for half price. it's too open world to play like the linear experience we're used to, but if feels as though they're forcing that experience anyway. In Farcry, it slows us down exploring its open worlds through a number of activities. This game, has nothing outside the main story. I rarely felt rewarded from exploring. And I did a lot of it.

In their next metro installment, if there is another, the story ended rather solidly. But we've thought that before in the metro series. Anyway, if they do make another metro game in this open world / linear fashion they need to flesh out exploration. It felt like a cheap version of fallout 4 at times. If you want a looter shooter, where is all the loot? All you get are weapon modifications which cost nothing to craft, you just steal them from enemies weapons. And there are TWO types of resources. Chemicals, and scrap. I played on the second to highest difficulty and I never came close to running low on anything.

I liked the story, it was very pretty to look at. But, the game mechanics fell flat. Stealth is ridiculously easy, I can pretty much fight a room full of guys buy knocking someone out, running into the darkness and doing it again. Without thinking about gaurd pathing, or anything I made it through this entire game as a ghost. Coming from prior metro games, it made me feel like they were insulting my intelligence. I didnt use throwables, or anything.

If there were some aesthetic quality to gear perhaps like in RPG games like Skyrim maybe the looting wouldnt of been so bad. If there were some choice in appearence. You can build all kinds of weapons, but anything that shoots a lot of bullets is a bad investment. You're encouraged to play this game ONE way, it's no sandbox. If you're going to get this, know it's going to be a short - on the rails (pardon my pun) adventure that ends just short of its intended goal. 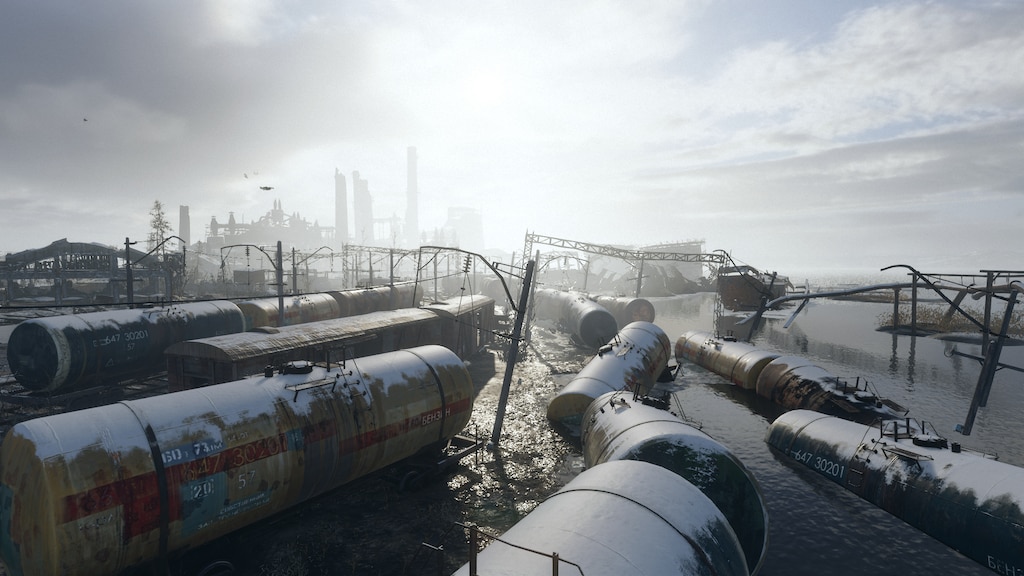 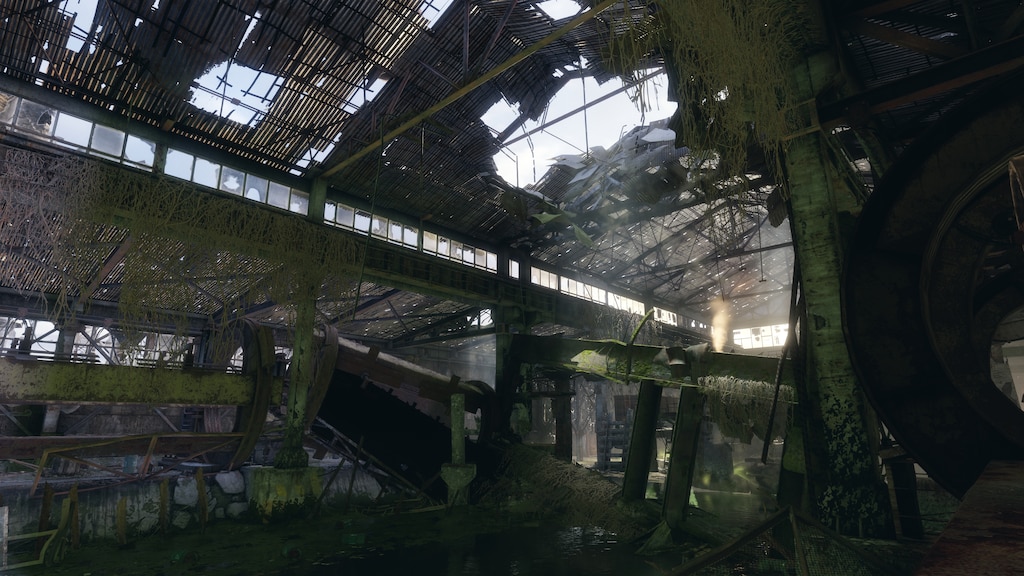 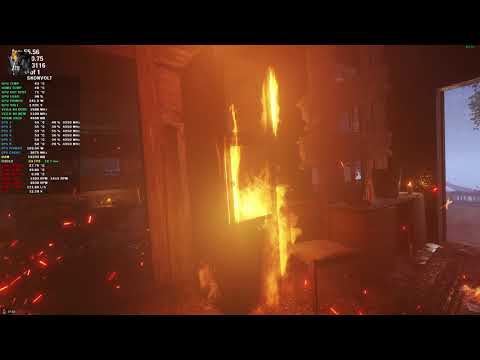 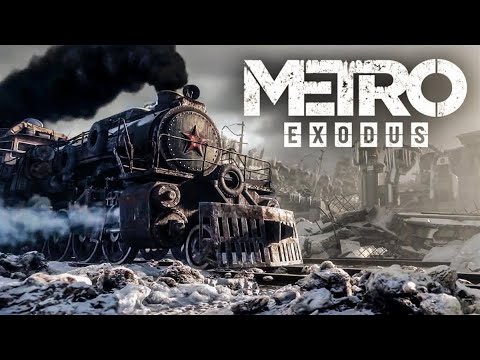 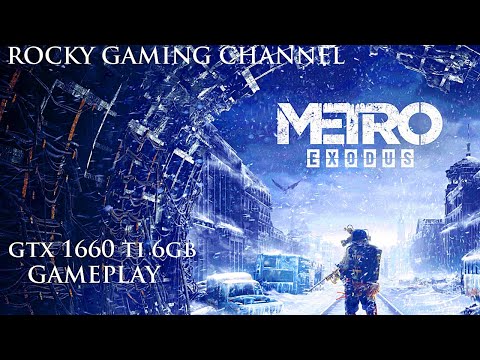 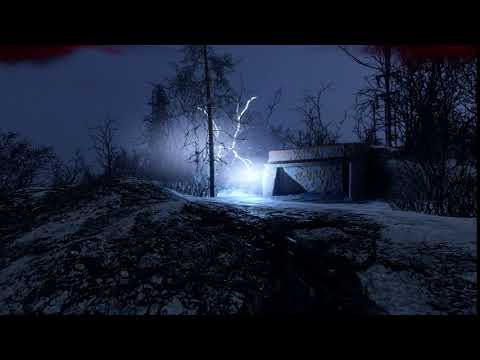 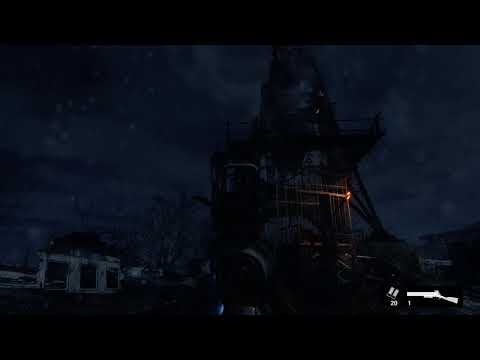 Fix Screen Stretch on higher FOVs
1) Look for the Reshade Guide here on steam. It was created by Fan4eG "Ⅰ. Go to THIS [reshade.me] Ⅱ. Download the installer. Ⅲ. Install by selecting the game's executable from the folder where the game is installed. Ⅳ. Of the shaders you are given to