Warframe is a cooperative free-to-play third person online action game set in an evolving sci-fi world.
Visit the Store Page
Most popular community and official content for the past week.  (?)
TennoGen 2020 Expansion
Aug 5
As you might have seen during our Art Panel at TennoCon 2020, we are expanding our TennoGen program offerings this year!

Files and guides for the following content are now available:

New Melee Weapons:
*Our Melee Guide[www.warframe.com] has been updated to explain placement guidelines for these weapons to prevent clipping!

Shoulder Armor Pieces
After seeing the amazing Chest Armor Pieces our community has submitted, we felt that Shoulder armor was a great next step to offer more Warframe customization in our TennoGen program!

The rules and guidelines are different than their Chest counterparts, so we have a guide available here: https://www.warframe.com/steamworkshop/help/index.php?page=creating-shoulder-armor-pieces

New Landing Crafts:
We can’t wait to see what the community comes up with!

Warframe
1,595
38
The abilities chosen by DE are actually...OK
Was honestly expecting borderline unusable abilities to be picked, but some among em are: - Mirage's eclipse - Rhino's roar -Nova's nullstar Slightly increased optimism for Heart of Deimos update now, although knowing DE once someone finds a "exploit" aka fun way to play the game, DE will probably just ruin the fun and rework it again......
52

ThePacifist09
2 hours ago
General Discussion
Looking to come back to WF and some honest opinions
I left the game about 2-3 years ago, I got tired of the senseless and repetitive grind over and over, and over and over. Now, I got a recomendation from Youtube abou the new Deimos update from WF and it got my curiosity. But before coming back I would like to hear some opinions... Whats the situation with the main campaign after lotus abandons our operator and umbra? Have the game become more grind-friendly or its even worse than before? Are the new primes actually fun to play or just even more OP version...
30 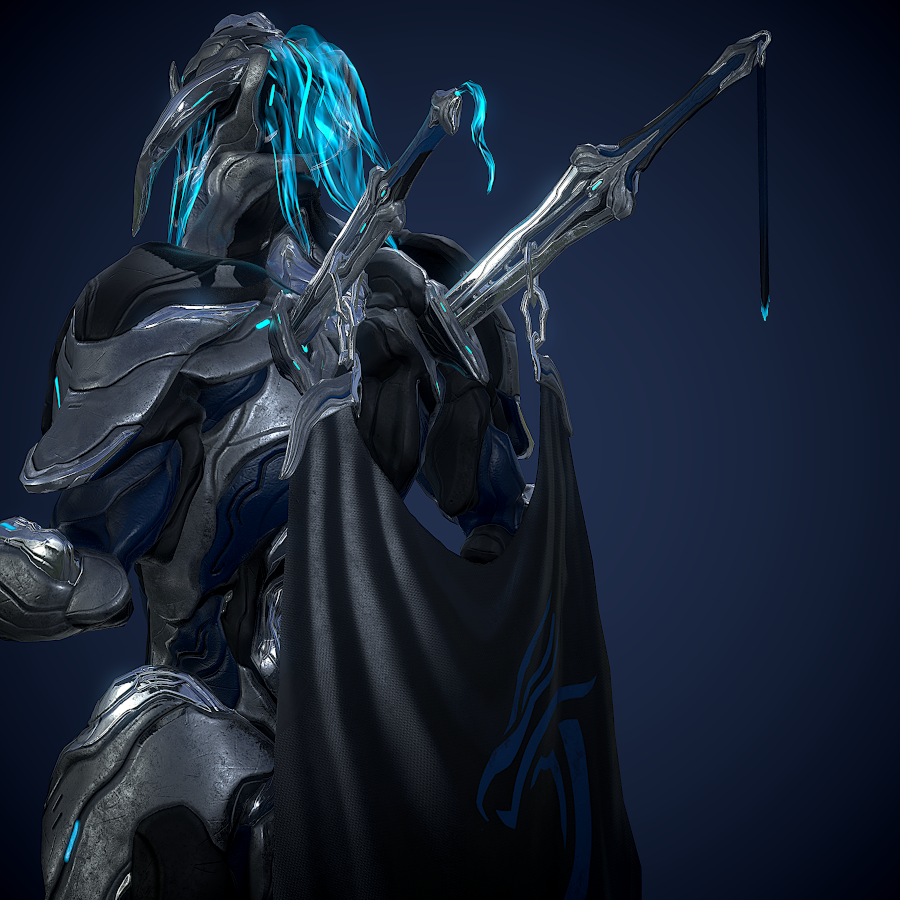 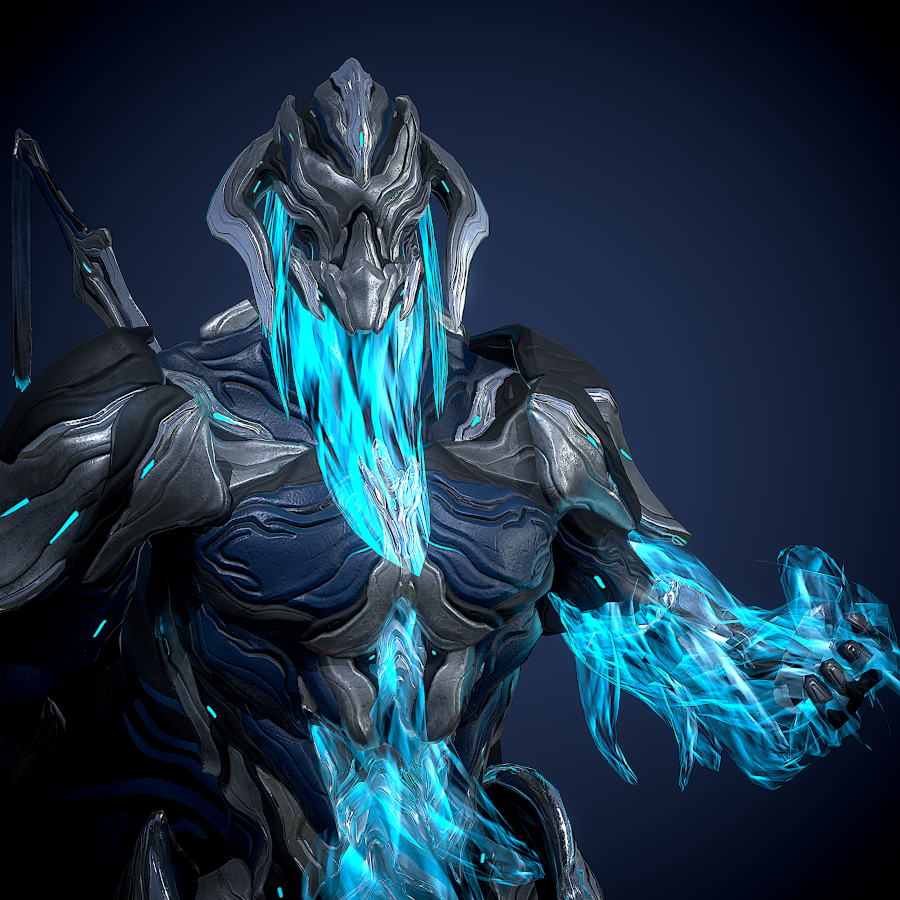 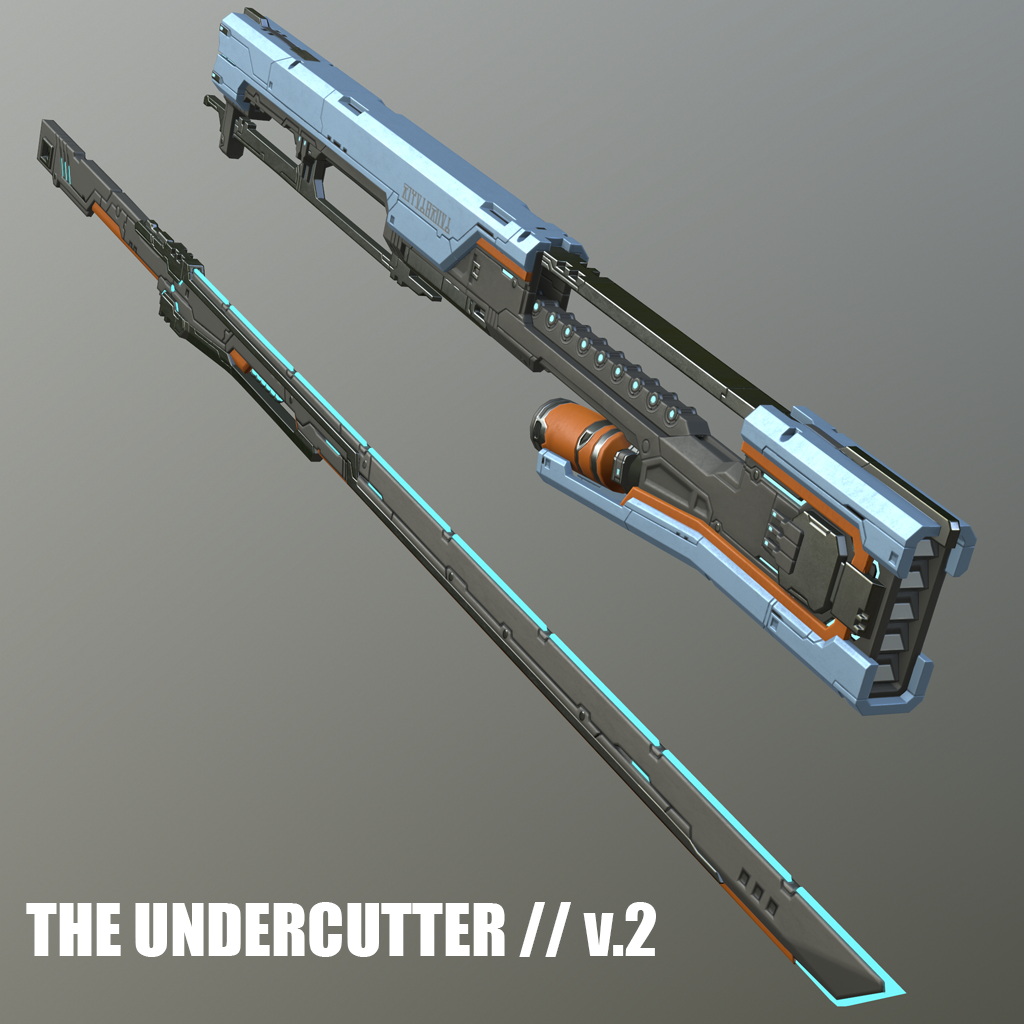 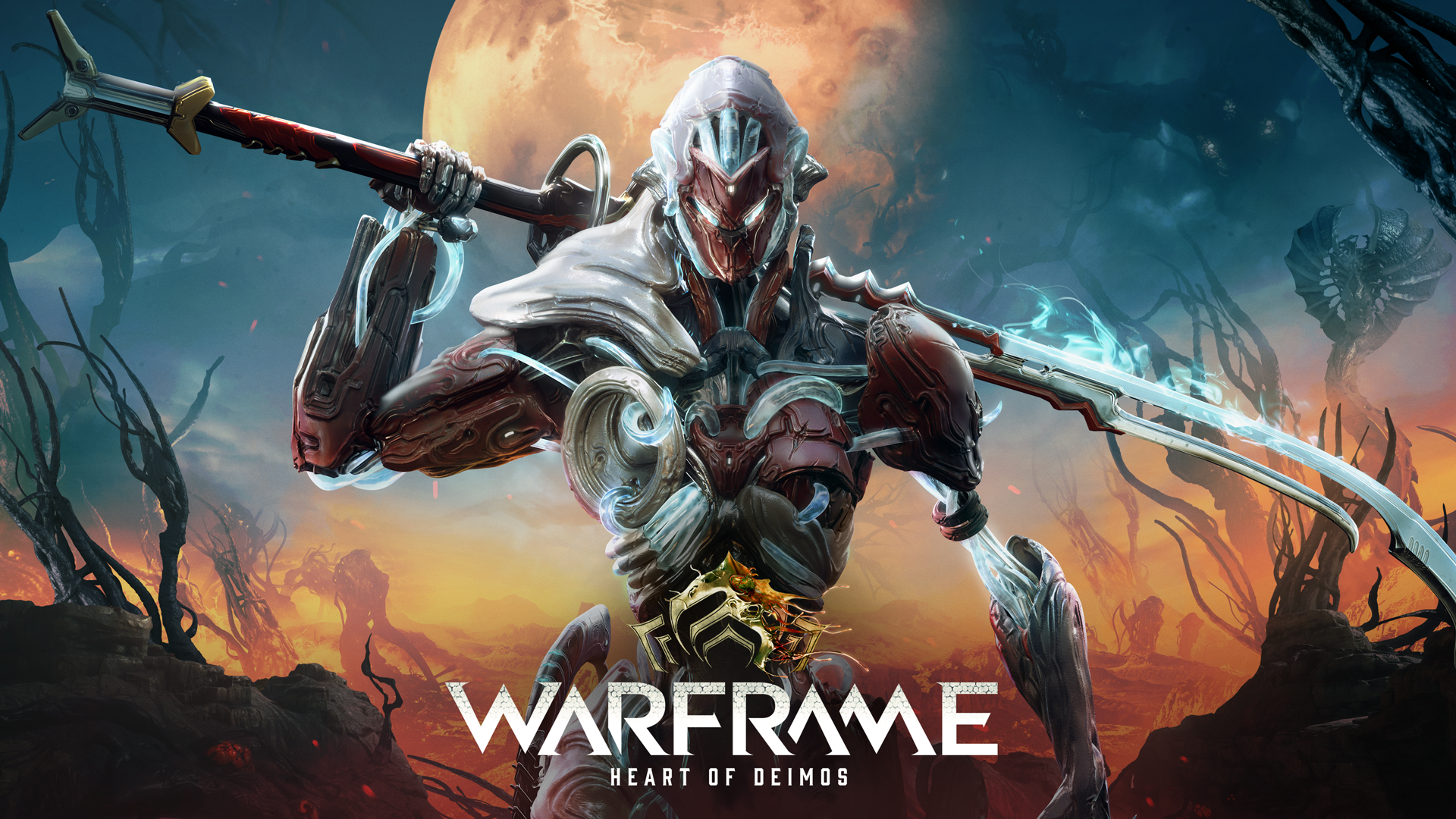 Command your Necramech through a grotesque landscape teeming with Infested creatures. Learn the truth behind Deimos' dark inhabitants, the Entrati, and come face-to-face with the horrifying origins of the Infestation.

NEW OPEN WORLD: HEART OF DEIMOS
There is a sinister mystery lying underneath Deimos, hiding from even the Entrati and the Infestation that has overtaken the entire moon. We can’t wait for you to experience everything Heart of Deimos has to offer:

- Explore a new open world; a hauntingly-beautiful landscape festering with Infested enemies, the dark Entrati and sights unseen in ever-changing underground cave networks.
- Harness the power of the Void with the Community-designed Xaku, the second-ever Warframe to be designed by the Tenno!
- Customize your Warframe like never before with the Helminth Chrysalis system. Feed the Helminth a Warframe to absorb a signature Ability and transfer it to another Warframe.

HELMINTH CHRYSALIS SYSTEM
Arriving with Heart of Deimos is the Helminth Chrysalis system, a brand-new way to customize your Warframe’s Abilities. Feed the Helminth resources to unlock a new suite of Abilities, or allow the Helminth to consume a Warframe whole to extract one Ability to infuse into another.

XAKU, THE BROKEN WARFRAME
Introducing the Broken Warframe, Xaku, the second Community-designed Warframe! Held together by Void energy and designed from the ground up by you, our community. You chose the theme and Abilities for a broken, Void-corrupted powerhouse and then it was our job to bring them to life.

Xaku’s Abilities are all about manipulating Void energy. Xaku has the power to infuse their Weapons with Void energy, buffing their damage. Few can resist the pull of the Void, and Xaku wields its energy to trick enemies into fighting for them, or even turning enemy Weapons against them!

NEW PLAYER EXPERIENCE
Waking up in the Origin System has never looked better. Our new player experience will be launching alongside Heart of Deimos!

HYDROID PRIME TRAILER
The trailer for Hydroid Prime emerges from the Undertow! Watch as the undersea terror unleashes his fury.

TENNOGEN PREX CARDS
We commissioned eight exceptionally talented Tenno artists to design Prex Cards for Heart of Deimos! From the new Warframe, Xaku, to the most revolting new Infested enemies, these Cards feature some of Heart of Deimos’ unforgettable faces.

Keep an eye out for these Prex Cards coming to you soon in an upcoming Twitch Drops campaign, closer to the launch of Heart of Deimos! 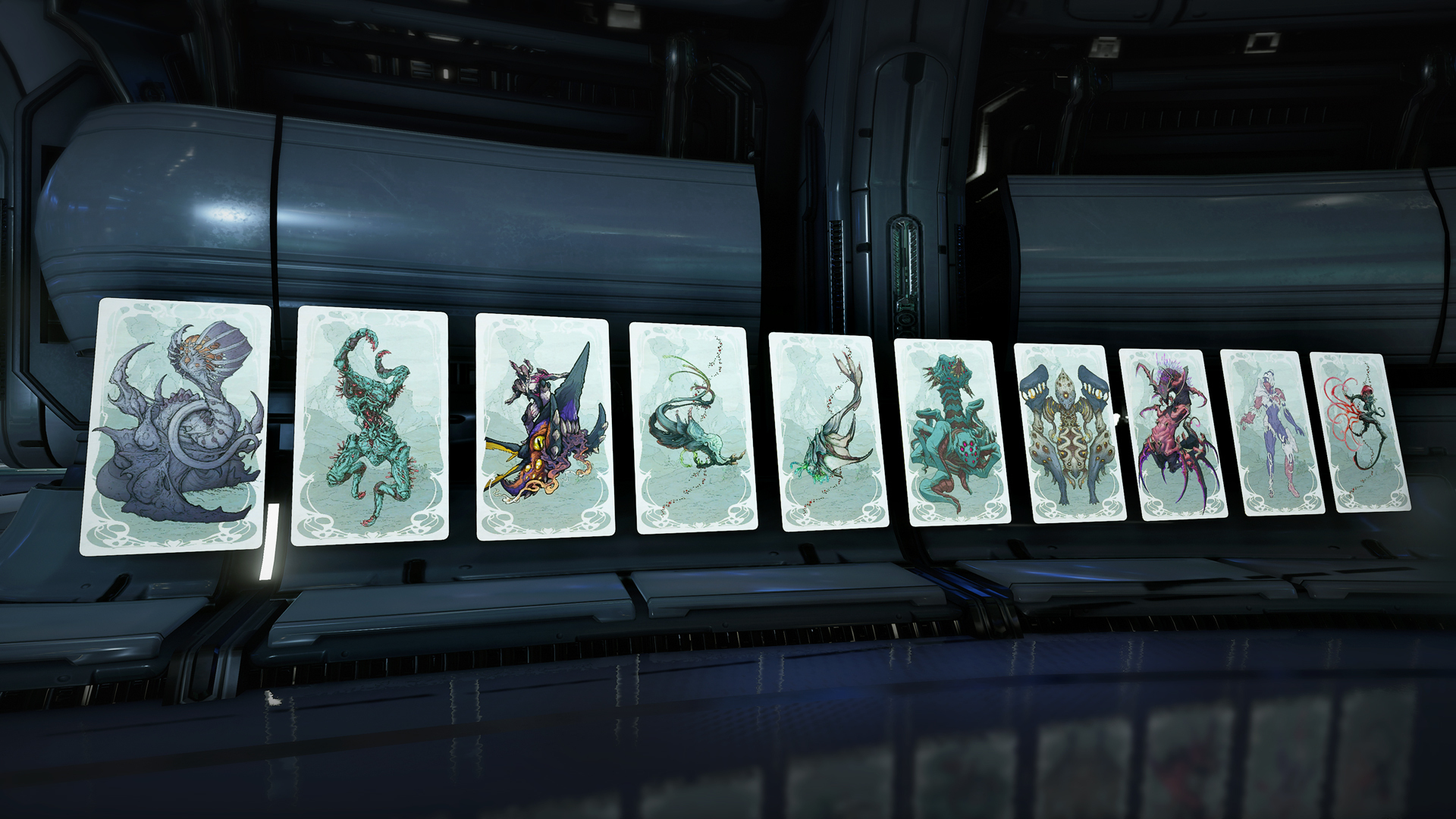 SOUND PANEL AND ART PANEL
Who would’ve guessed that the sounds of the Origin System can be made from an oven mitt and a handful of brussels sprouts? Feast your eyes (and ears) on a behind-the-scenes look at crafting the terrifying sounds of the Infested, and a very special hello from all of your favorite Warframe characters. 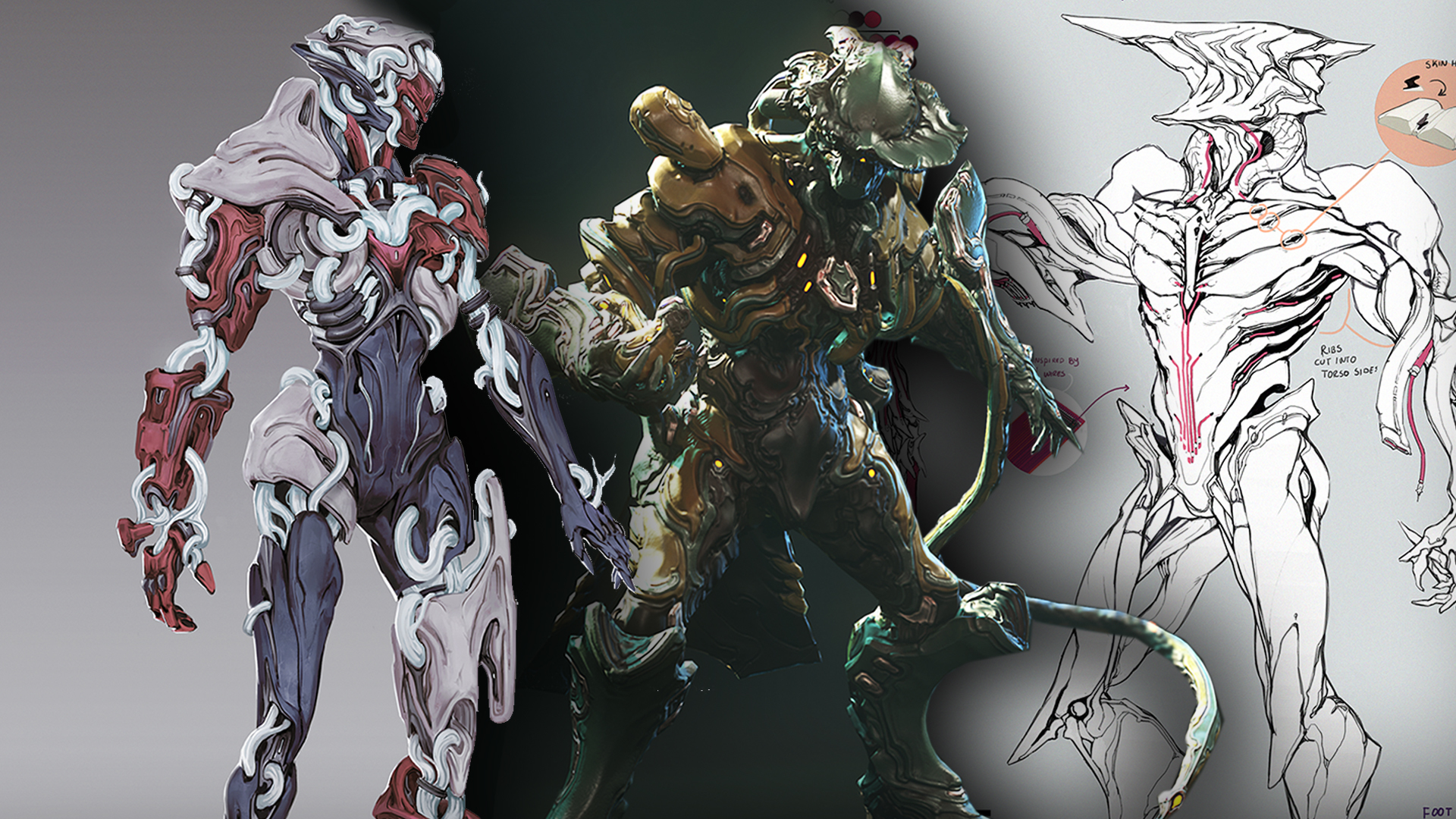 If you were busy bartering with Baro to watch during TennoCon, you can watch extended cuts of both The Art of Warframe and Sounds of the System on our YouTube channel.

TENNOCON 2020 MERCH
See all the latest TennoCon Merch and Darvo Deals in our Merch Store.

Don’t miss your chance to grab the Lotus Statue! On its own or as part of the Second Dream Collection, this 28cm statue will always remind you to dream of what you want to be.

Designed by artist Matt Ferguson, the limited-edition Heart of Deimos poster gives you a glimpse of the vast landscape that awaits you, and the Infested threat that looms above and within. Each poster will be screen-printed and numbered. Pre-order before September 1!

DOUBLE AFFINITY WEEK
Prepare for Heart of Deimos and earn Double Affinity on all platforms, now until August 12!

For the first time ever, every Tenno had a front-row seat to TennoCon. We can’t thank you enough for joining our Squad for the day. From participating in TennoTrivia to the jaw-dropping creations in the TennoCon Community Art Show, we couldn’t have made our first fully-digital TennoCon as unforgettable without you.

Explore Warframe’s third open world, Heart of Deimos. Command your personal Mech through a grotesque landscape teeming with Infested creatures. Learn the truth behind Deimos' dark inhabitants, the Entrati, and come face-to-face with the horrifying origins of the Infestation.

Heart of Deimos launches on all platforms August 25! 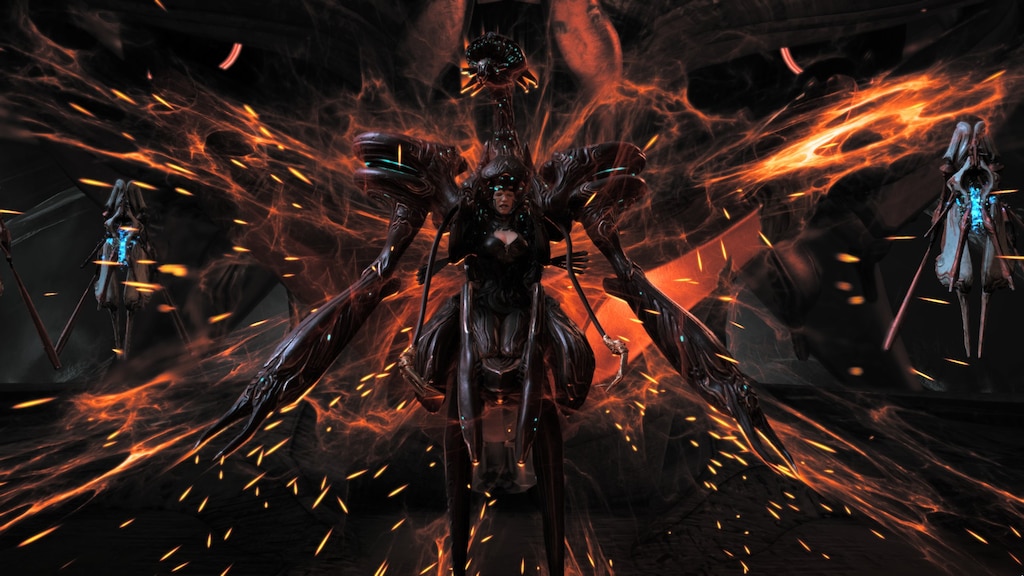 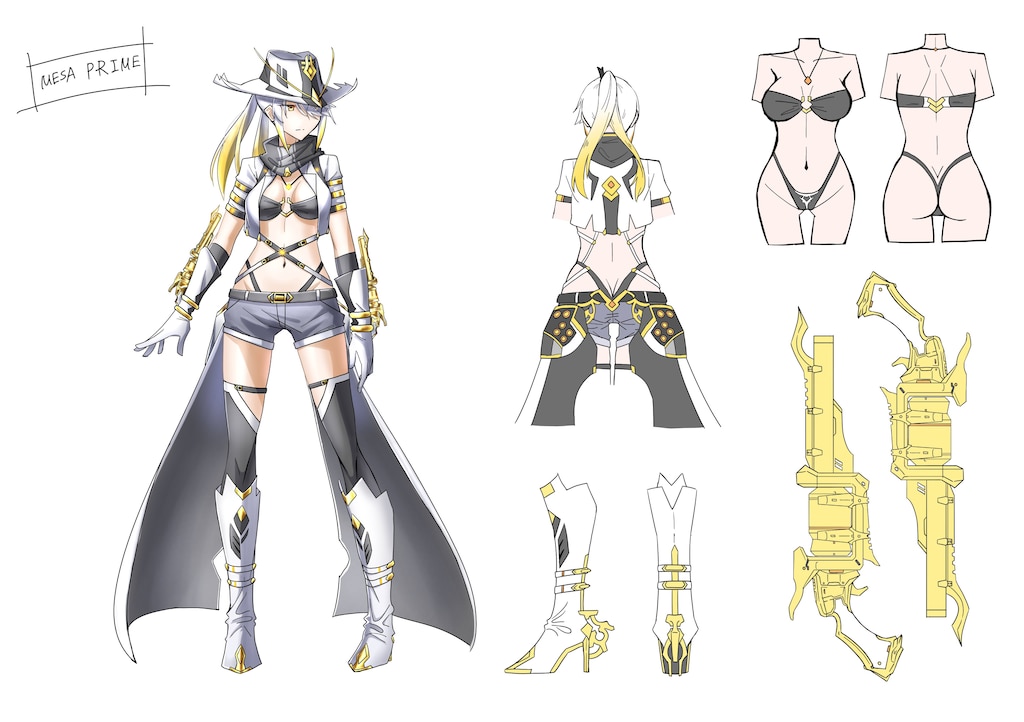 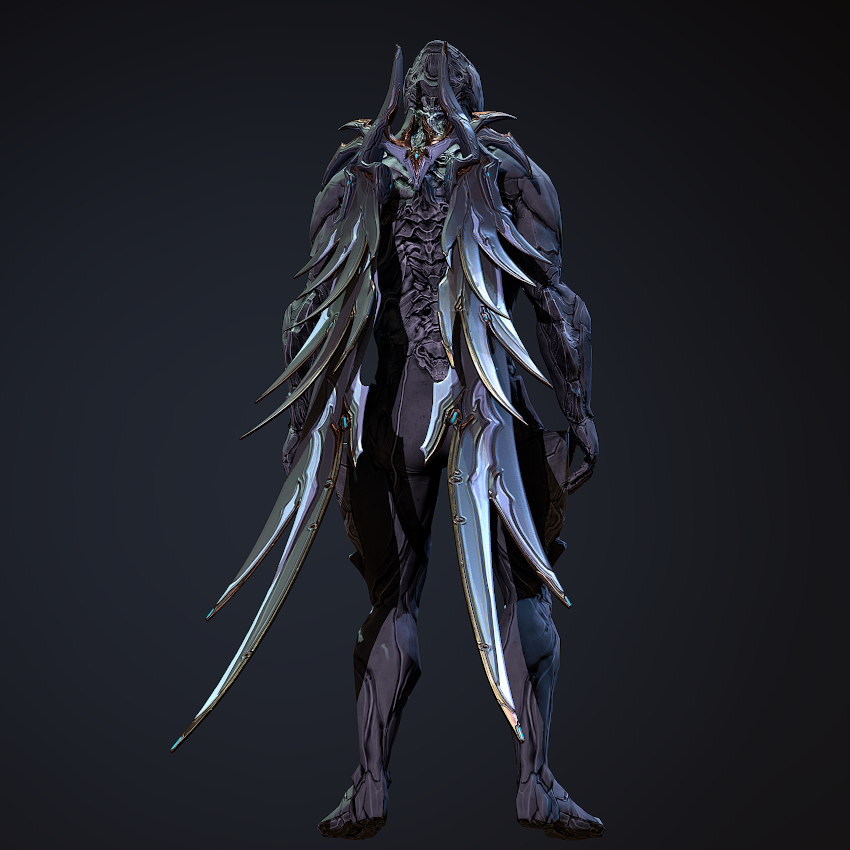 led2012
View Steam Workshop items
This game is the perfect example of what's wrong with the industry
Too much time gating. Been playing 16 hours now and have made zero progress in the game other than ranking up my ♥♥♥♥♥♥ bo staff, crap longbow and stupid kunai. Pay 2 Win is the name of the game. You want progress? Open up that wallet. I haven't even managed to gather hte mats just to get a pistol or rifle, because you know someone didn't tell me the bow and kunai suck so bad during the tutorial,and that I'd be stuck for 50 hours or whatever with them before I could gather the mats and blueprint to ge...
41 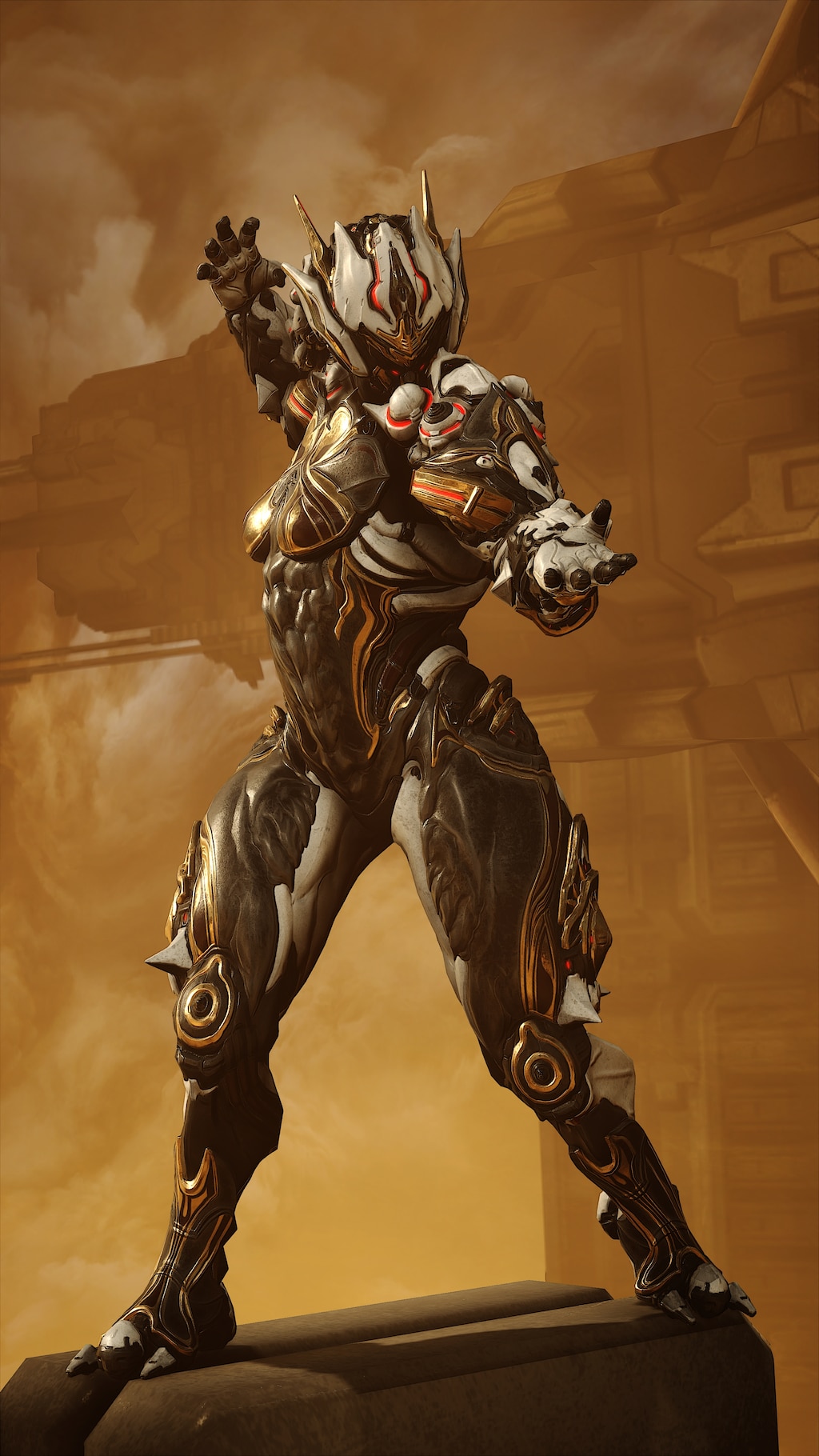 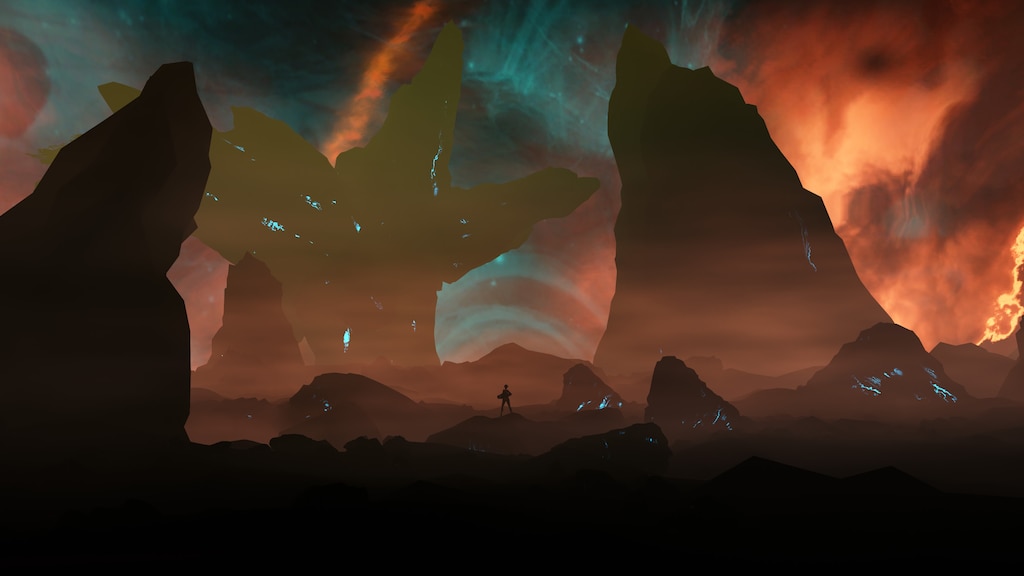 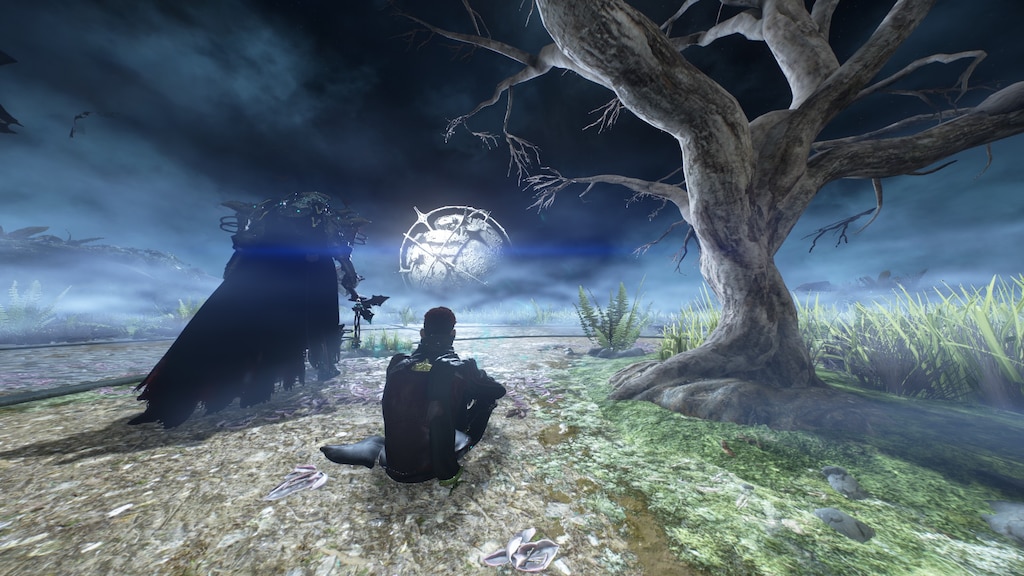 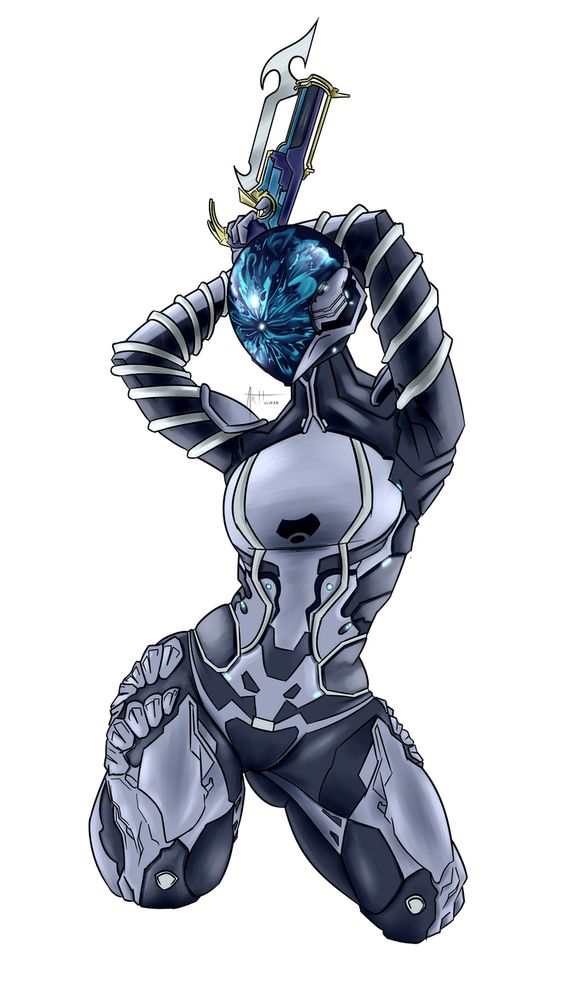 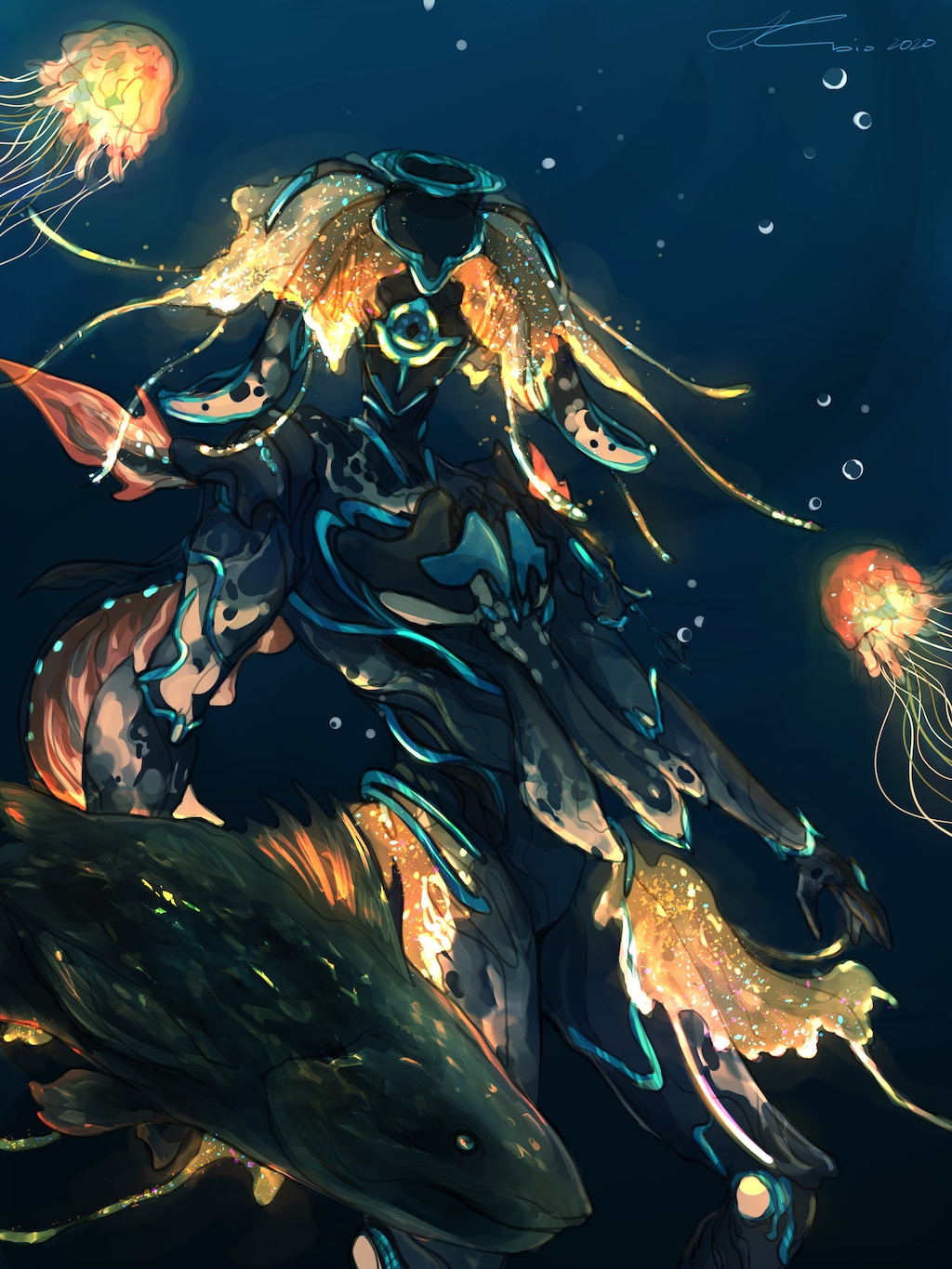 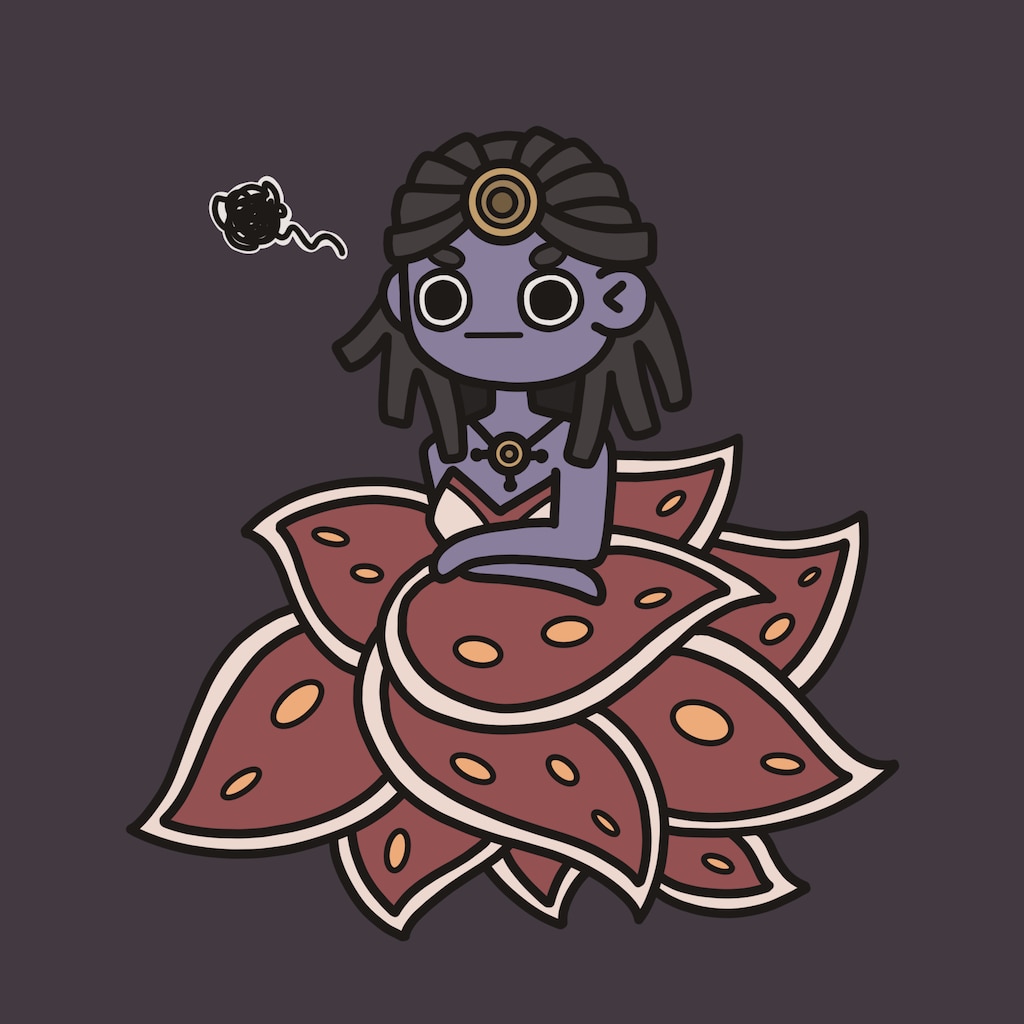 Things I wish I knew when I started Warframe
Some tips about the new player experience as of late 2019 and early 2020. This is not a comprehensive guide. It is meant for people who like to discover things on their own, but would like a few pointers to get started, and some small things to keep in min...
42 ratings

Heliopteryx
View all guides
Do you play Warframe because you're conditioned or because you're having fun?
First it starts as a sensible requirement in order to advance in the game but then over time you become conditioned to do so in order to feel any sense of achievement. A few years ago I noticed how players simply collect items and play the game without really having fun - almost like having a second but a really bad job. Players didn't use the items, didn't remember what the items were called, players spent tens of hours being bored to death for a single item, players paid as much money as possible to ev...
23

Warframes and where you can farm it
The guide is for old players that want to re-farm the frames for the upcoming update. Please note that farm places can be changed. If I wrote something wrong, write it in the comments. 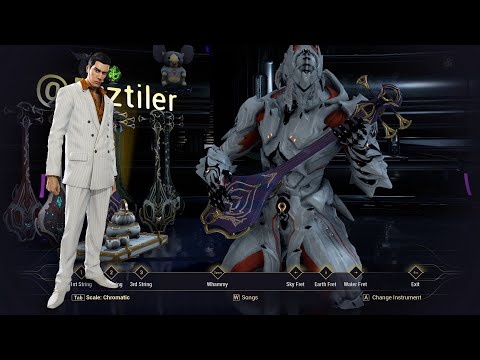 100-200 hours Help Guide
So you played a bit of warframe, you get the concept of it but for some reason you feel you are stuck and dont see how to progress through the game anymore. Fear not I am here for you! This guide will provide you with various tips about all sorts of ... 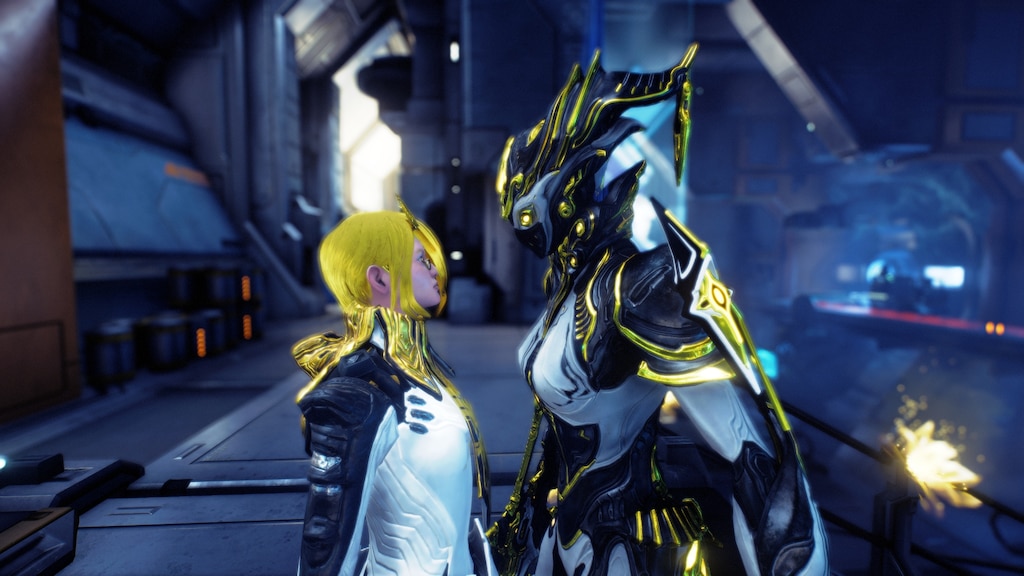 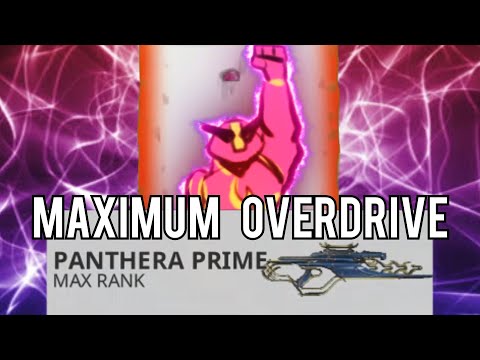 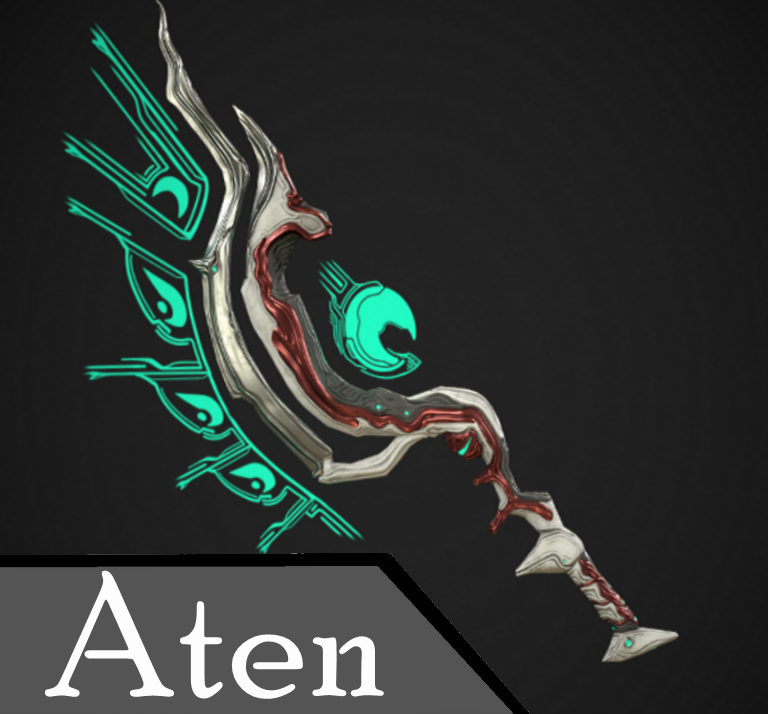 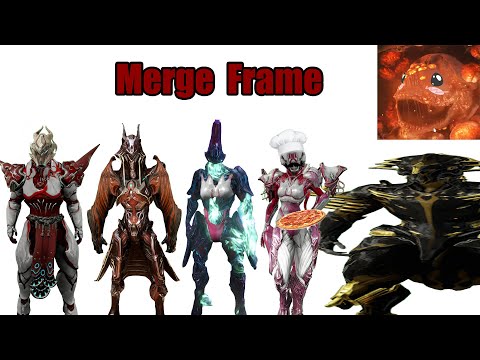 Recommended
1,217.8 hrs on record
All that a video game player wishes to see in a game is in Warframe,
Note: You can only absorb my words if you try the game over 80 hours and understand at least 40% of it, at which time the real fun begins 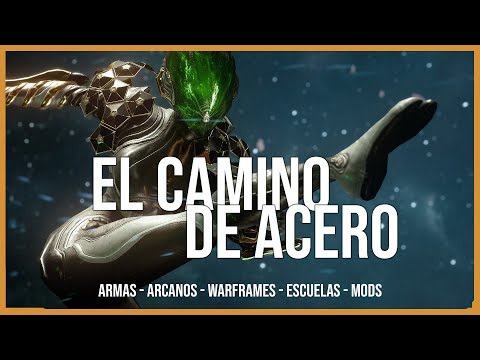 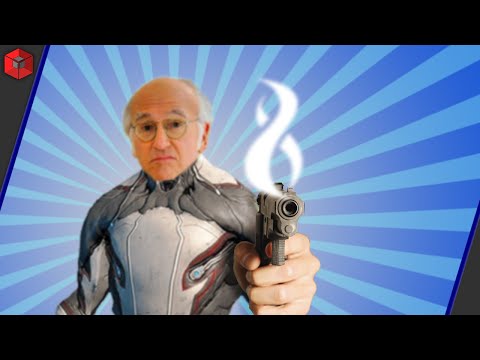