The ultimate Disgaea has arrived to Steam! HL-raising action and a horde of special features await you in this tale of fiery revolution.
$39.99
Visit the Store Page
Most popular community and official content for the past week.  (?)
Disgaea 4 Complete+ is Available Now!
Sep 10
Brace your belt pouches and grab your sardines because Disgaea 4 Complete+ is out now on PC, dood!

Experience a tale of revolution and redemption while engaging in immersive and in-depth strategic gameplay. Fans of previous Disgaea titles, as well as quirky tactics-based hits like Phantom Brave, will love the over-the-top action, zany characters, and modern flourishes to the SRPG formula that result in as deep and smooth of a gaming experience as there has ever been. Whether you are a returning fan or new to the Netherworld, this is truly THE ultimate Disgaea game.

Watch the launch trailer to get a taste of the HL-raising action, and take advantage of our special 25% launch discount from now until September 17.

Thanks for reading! Stay safe and eat plenty of sardines, dood!

Disgaea 4 Complete+
131
21
Everyone mad about Disgaea 6 being in 3D click here
http://disgaea.us/d6/ If you check the screenshots on the official site, you'll see the 3D only looks bad in cutscenes... in gameplay it's like FighterZ in that it looks just like 2D because of the filters Please stop pitching a fit over the 3D because of a trailer that didn't actually show gameplay. During gameplay the game looks a lot more like Disgaea 4...
15 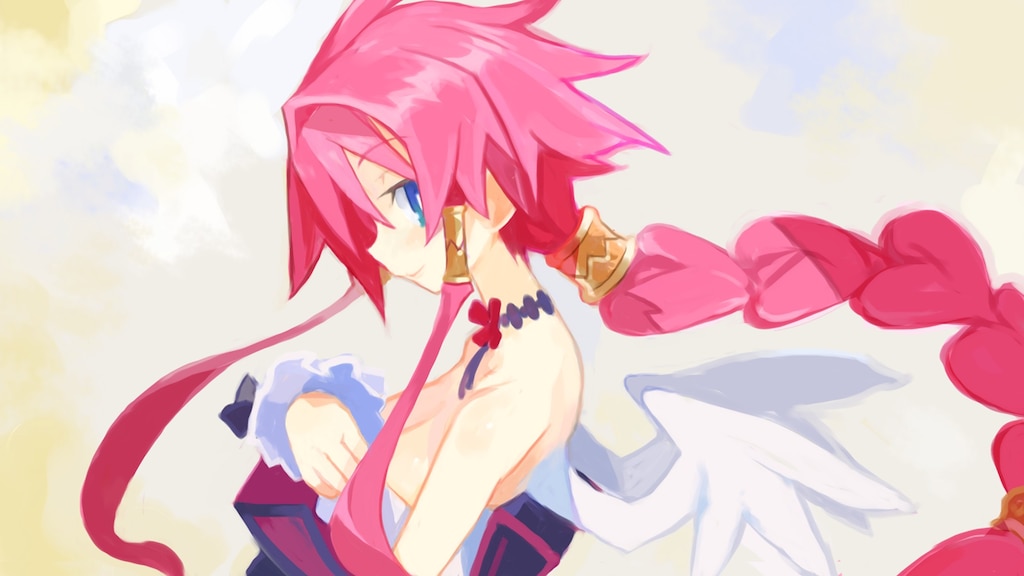 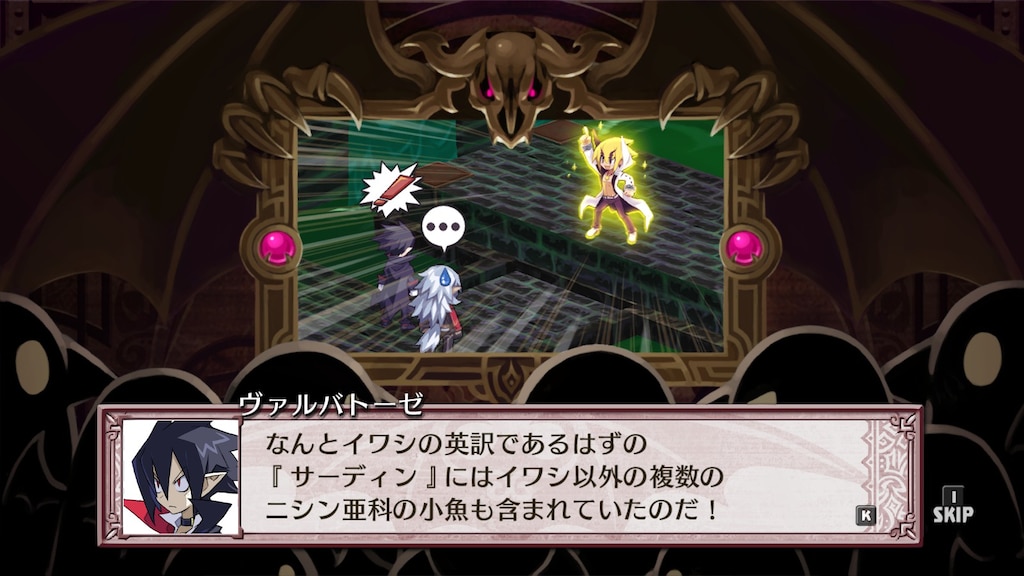 sausew
View screenshots
PS4 Dialogue Censorship?
Does this game retain the dialogue censorship from PS4 version? Disgaea 4 Complete+ (PS4) - Dialogue that included a trap joke has been altered Region: Worldwide, all platforms Uncensored Alternative: JP, original PS3/Vita versions https://imgur.com/tIzdI6F Here is a link to the forum compiling a list of censored games and the details. https://forum.psnprofiles.com/topic/85087-list-of-censored-games-ps4-vita/...
112 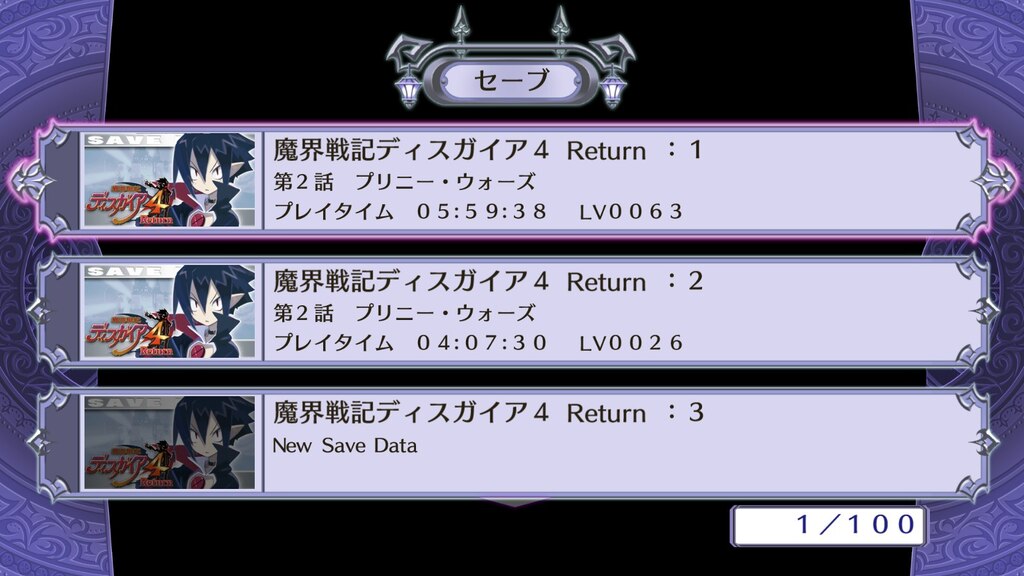 Kicking Baals & Chewing Sardines 101
But we're all out of Sardines, dood!
28 ratings 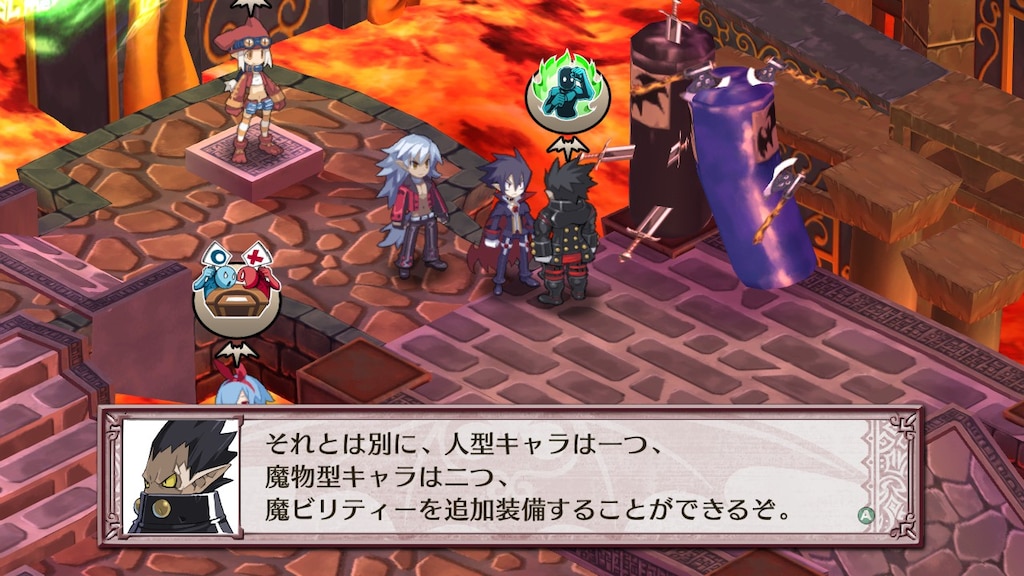 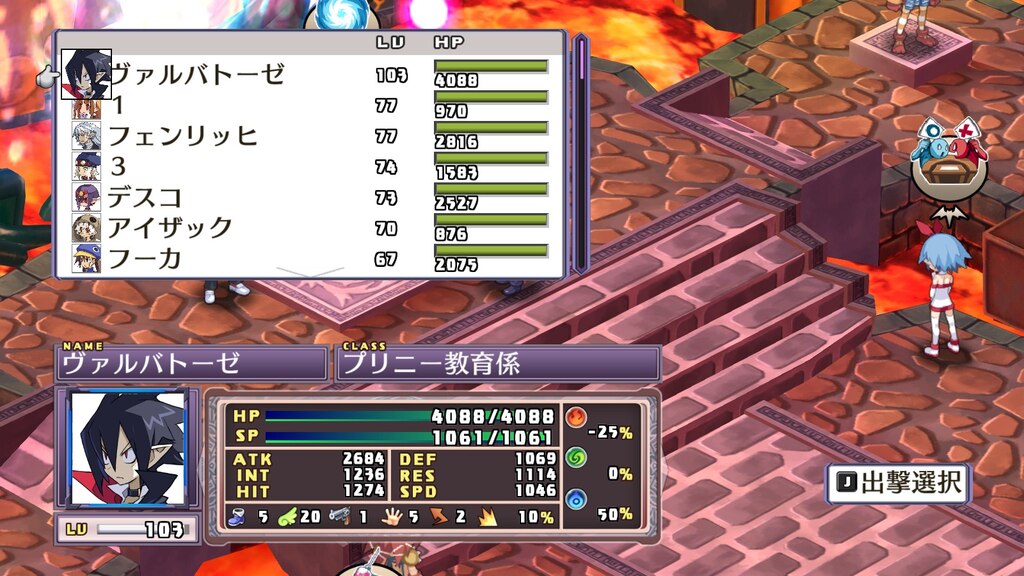 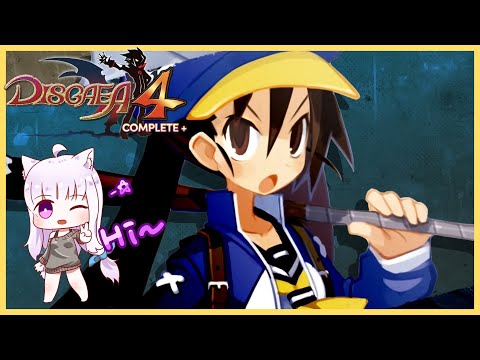 If you find this review helpful be sure to thumbs up and follow my Curator Page or for anime game reviews check out Thicc Anime Games. If I missed something leave a comment and I will try to update the review asap

Disgaea 4 Complete+: Unique combat, lovable character and SARDINES, dood!
Disgaea 4 is a strategy RPG with very eccentric characters you'll either love or hate and has strategic combat that's easy to learn but challenging to master.

Gameplay
The combat in Disgaea 4 is pretty straightforward and is well explained in the first episode of the game though it really opens up during the second episode and things only ramp up from there where you really need to be cautious and think about your strategy instead of just blindly sending your characters into battle. The fights are turn based allowing you to plan your attacks and see what your options are before launching your characters into the fray. Some fight mechanics can really change the tide of battle such as things like the Geo Blocks/Geo Panels which are colored cubes and floor tiles that have combat multipliers, sometimes beneficial though more often than not are negative effects like giving the enemies 50% more atk damage. The good thing about these blocks is you can trigger them to break (or for the geo panels have them change to a different color/useful multiplier) and cause damage to enemies standing on top of them. Most battles you'll want to view the map thoroughly to see all the enemies you'll need to fight and obstacles to come and plan accordingly. You can get equipment for your teammates early on from the shops in the hub area of the game, things like weapons, armors, health items and the like. The hub area is streamlined to have all the needed merchants close to the exit such as a medic, weapon and armor dealers. Control wise it feels a little wonky initially on keyboard and mouse but it's totally usable though I imagine the experience using a controller would be preferred by most. The cutscenes/visual novel sections are just wonderful and you'll either love these characters some being very over the top with their personalities while others are very typical and understated in their delivery. It seems like a good majority if not, all the important story cutscenes are voiced and smartly animated to give the game a real sense of polish/finish.

Graphics
The character art of Disgaea 4 Complete+ is unique in the best ways possible. Characters like Valvatorez really stand out with his over-exaggerative cape flaring with both his sprite and bust graphics getting animations for these actions and plenty of others, but even more than just him all the characters including side characters like the Prinnies just ooze personality and it's really captured in their animations. While there are not that many unique animations, the way they are used is smart and early on they don't feel overused though I imagine as the game progresses you could get tired of some of seeing some of them. The game has a much cleaner imagine than the earlier versions though it is understandable that some textures are not the highest quality and similarly that some of the geometries/map elements are low poly. There are a decent amount of graphics options to mess with but the game ran perfectly fine for me at max settings with no noticeable frame drops or frame timing issues. One thing that was kind of disappointing was seeing the opening movie at such a low resolution and heavily compressed showing a lot of artifacts.

Sound
To start, while the opening movie was compressed it had a fantastic song and similarly the game has a charming music that I loved hearing initially but things like the hub music get a little obnoxious pretty quickly though not unbearable. I think there is just enough variety in music, but a lot of it tries to stay thematically relevant so a good majority of the songs sound similar but not in a bad way for the most part. Combat sounds are very snappy and not too overly aggressive though some of the special attacks Valvatorez has are sharp/piercing. The voice acting is fantastic and the quality is perfect. Characters like Fenrich sound levelheaded while not being overly expressive in comparison to characters like Valvatorez and the Prinnies being extremely over the top. Something to note, I did only use the English option in my session and the audio levels right out of the box were kinda low for the voices meaning the music would drown out a good majority of those dialogues so it may be worth lowering the music volume slightly before starting your game.

My Opinion
This is a wonderful game and one you can jump into without having played previous entries, though I think if you really want to appreciate the characters and their development you'll need to have played some of the previous entries. That being said, if story is the least of your worries and you're looking for a good strategy RPG then Disgaea 4 Complete+ has a great gameplay loop providing you with plenty of strategic battles for you to try and find the most optimal battle tactics, though I think this game is best recommended as it's a full package for those looking for a interesting story, unique characters and challenging yet rewarding gameplay, dood!

Disgaea 4 Complete+ - Uncensor Patch
This is just a simple uncensor patch for a couple of lines of dialogue relating to the gender-swapping demon, that were censored in the PS4 and Nintendo Switch versions of the game.

Recommended
102.5 hrs on record
Having played it again for the first time in (almost) 10 years, I remembered why I enjoyed this game so fondly; compared to Disgaea 5's story this one has it beat hands down, with much more enjoyable and memorable characters and with humor that is vastly better then Disgaea 5's. I will say gameplay wise its dated, as we've had Disgaea Dimension 2 and Disgaea 5 since then, which improved a lot in terms of ease of access, but you can still easily get lost in this game for hundreds of hours, as I have with each game of the series multiple times. If you enjoy strategy role playing games, enjoy weird/japanese humor, and are looking for a game to sink a lot of time into, this ones for you. (Note there is apparently going to be online features activated for this game at a later time; no idea how that is going to effect the overall game)

Recommended
14.5 hrs on record
yeah i like gay anime twilight but you realize you live in such a society that you punch everyone and make the ground explode then begin t-posing over the government and fistfight god 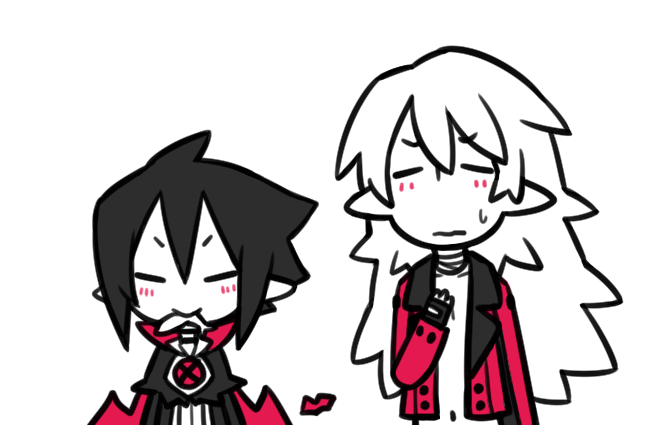 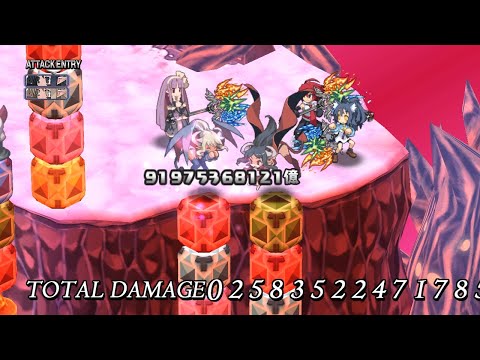 Disgaea 4 Tips and Achievements Guide
A guide organizing the achievements along with tips on how to get them. The tips might help you with regular gameplay as well. :) 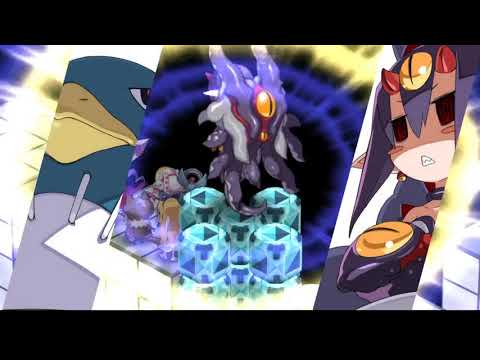 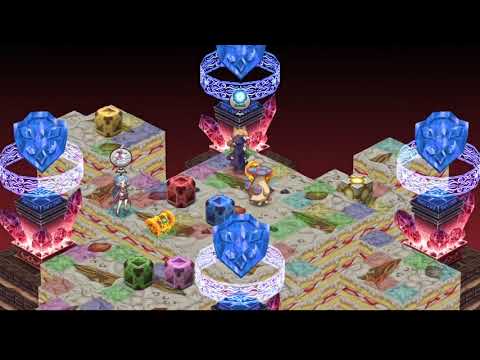 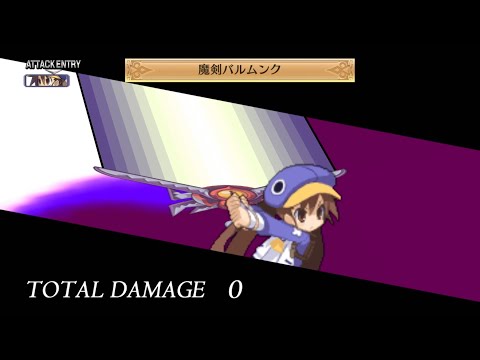 Holiday
6 hours ago
General Discussions
are the microtransactions per save file ?
or are they gone forever once used
10

Valvatorez, a former tyrant turned Prinny instructor, must bring down the corrupt powers that rule over Hades and save all Prinnykind... with ruthless compassion! Everything you need to kick off your fiery cam-pain is here, including insane strategic action, a darkly humorous cast of characters, and of course, PLENTY OF SARDINES!!

It’s coming this fall, so be sure to visit the Steam page to watch the announcement trailer and add Disgaea 4 Complete+ to your wishlist!

Again, I hope everyone is staying healthy!
- Daniel