A Dark Presence stalks the small town of Bright Falls, pushing Alan Wake to the brink of sanity in his fight to unravel the mystery and save his love.
$14.99
Visit the Store Page
Most popular community and official content for the past week.  (?)
3,5 gb update
for what ?
200 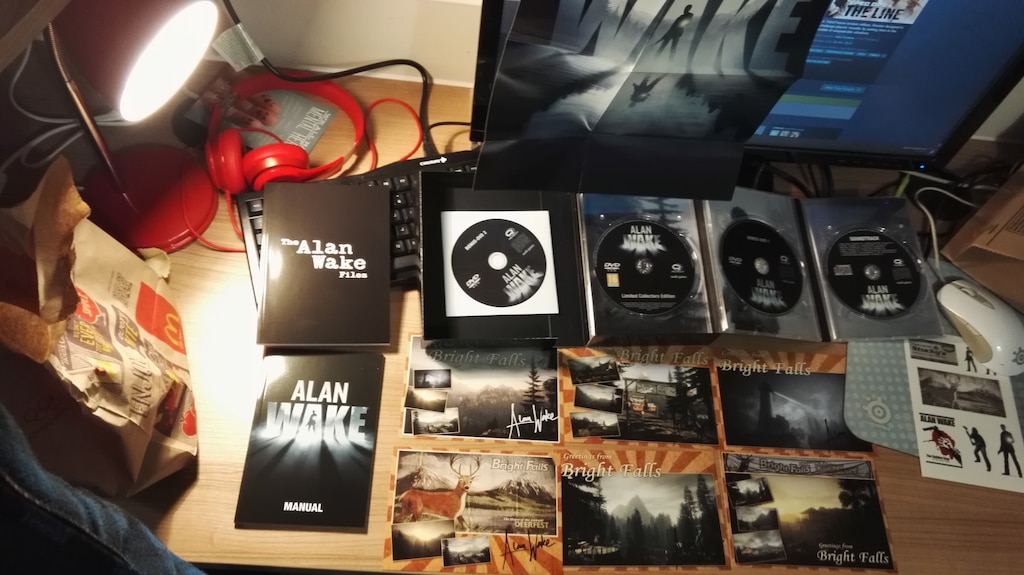 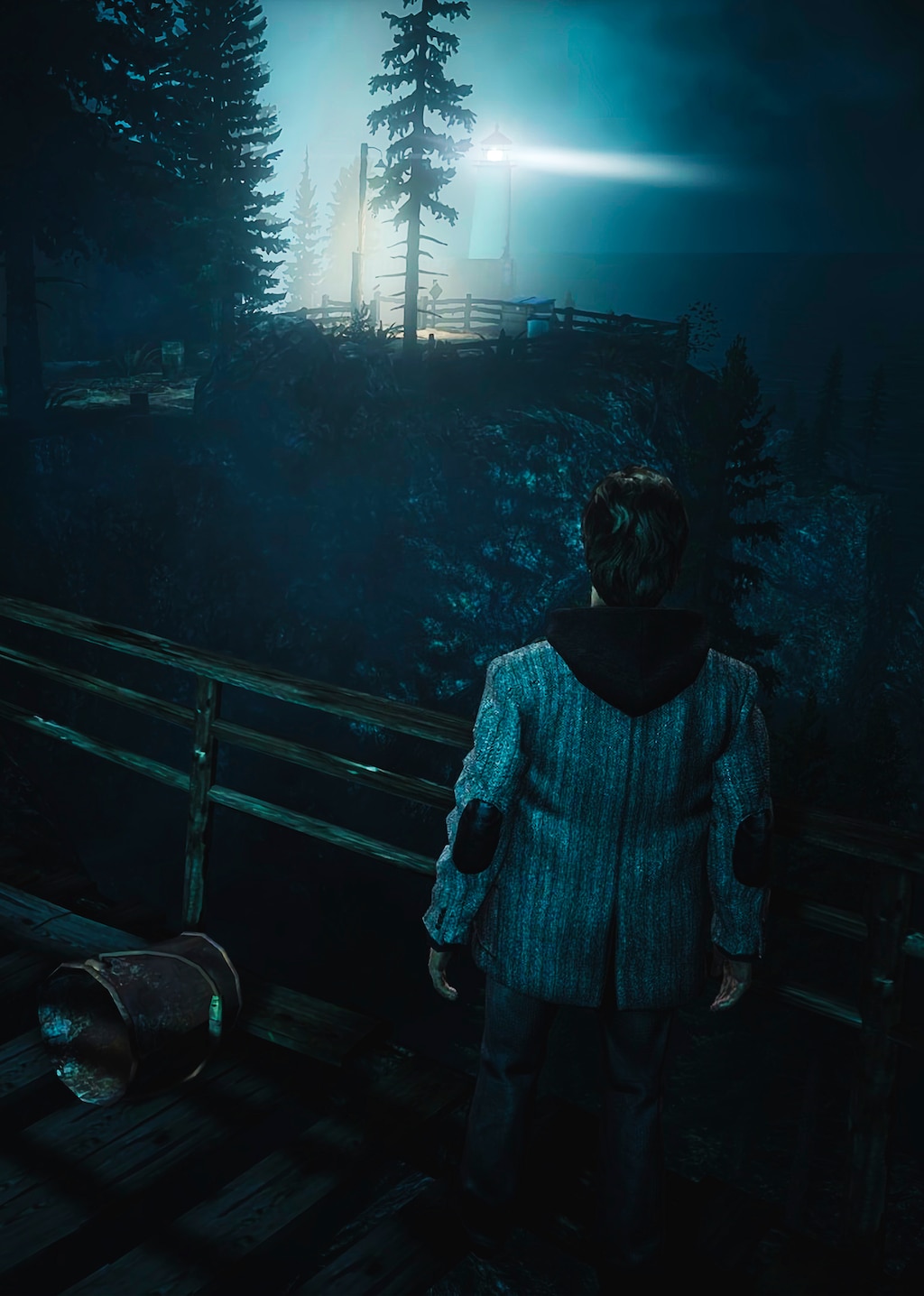 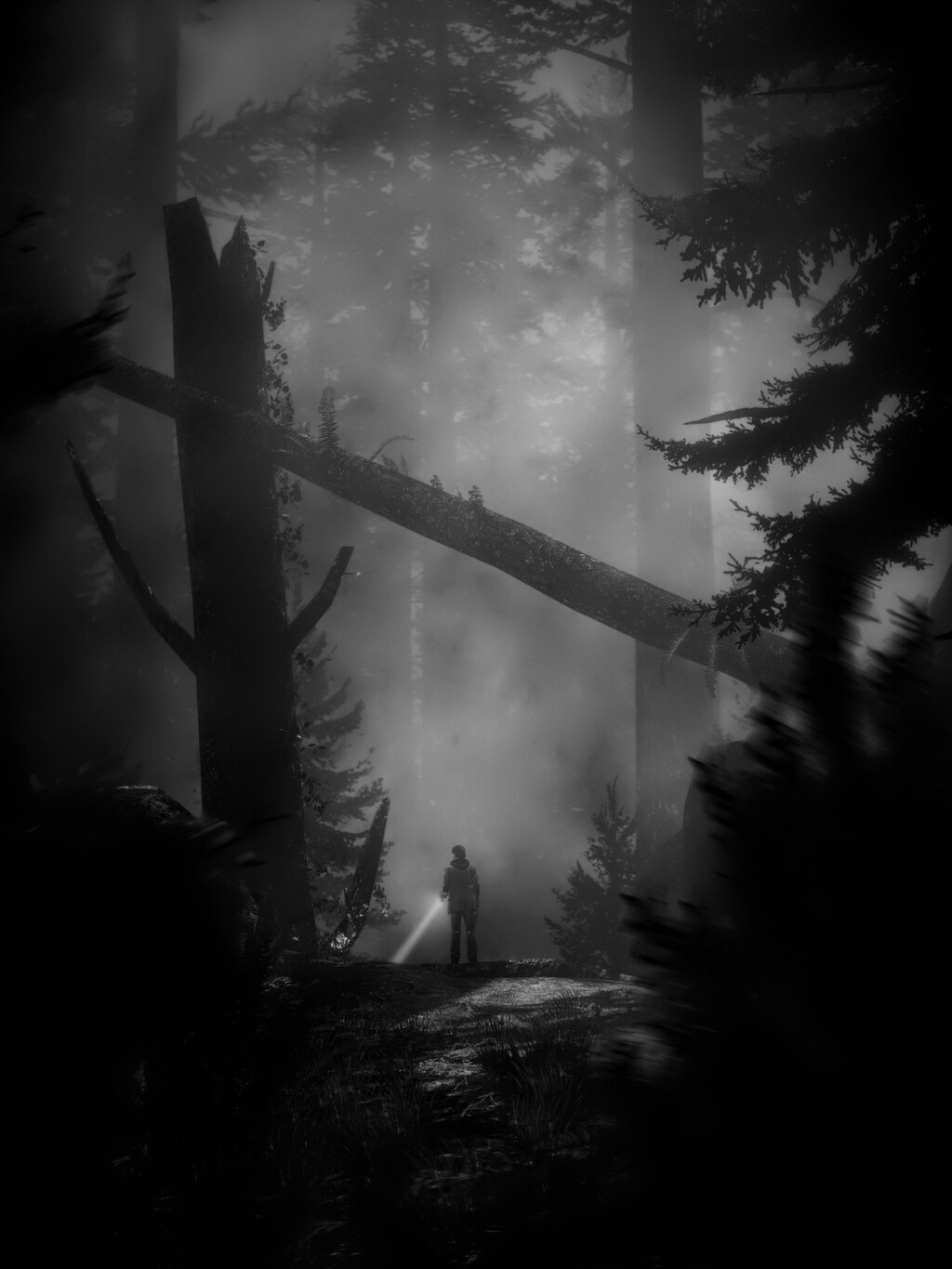 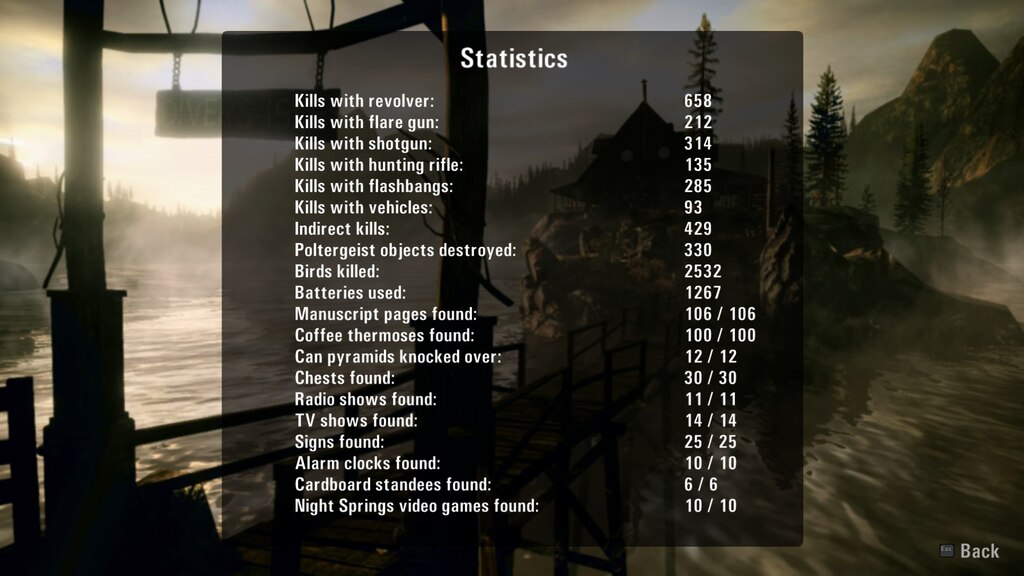 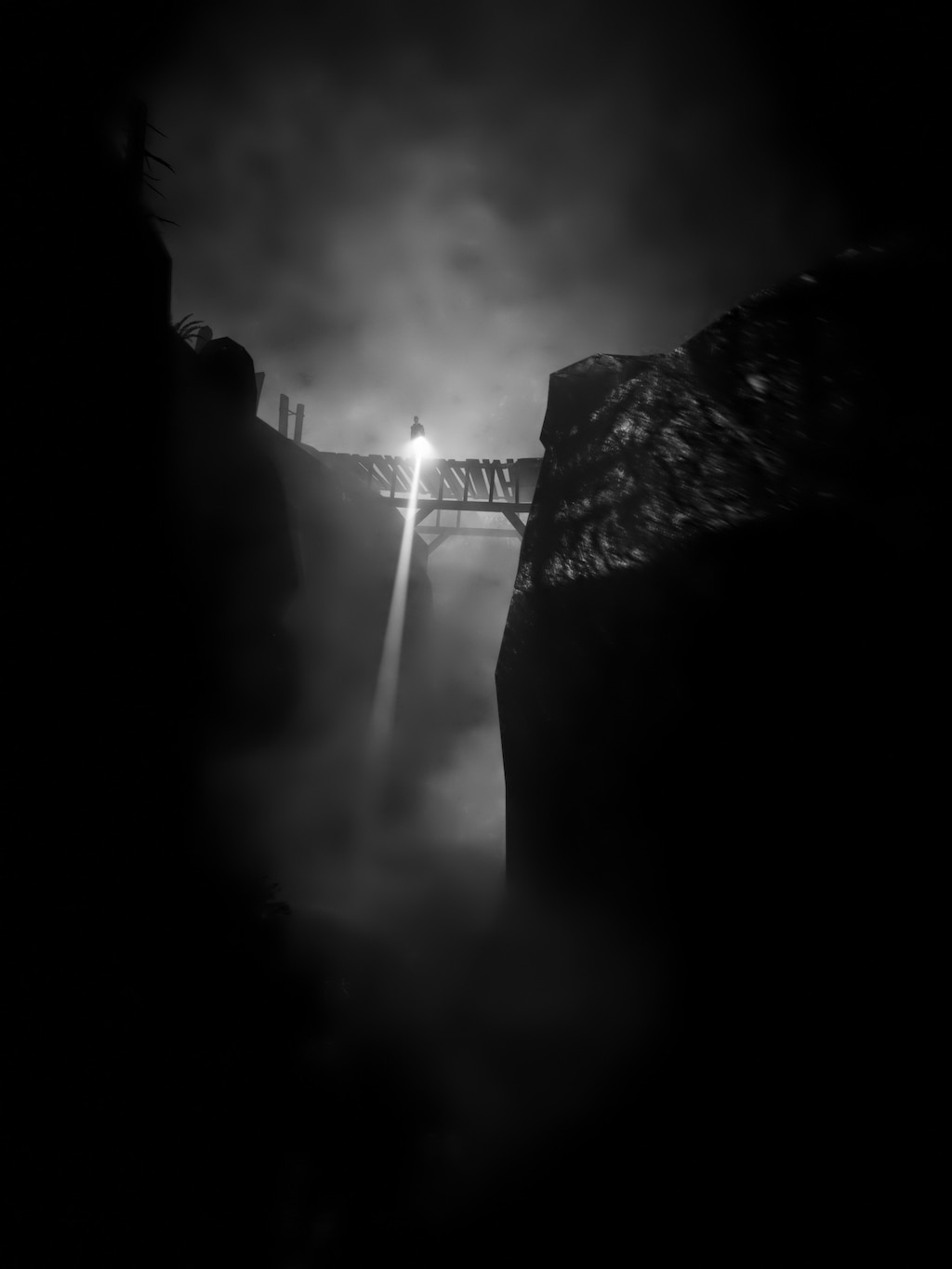 Recommended
21.8 hrs on record
Excellent game even if it's many years old.

Bright Falls: The Series (2010)
The series is based around Jake Fischer, a writer who comes to Bright Falls to get away from home and interview Dr. Emil Hartman. As he stays in Bright Falls, weird things begin to occur which he cannot explain. 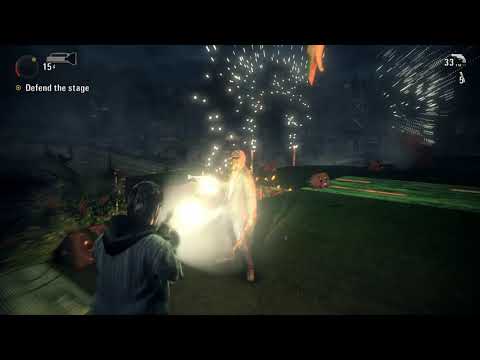 Recommended
15.9 hrs on record
Weirdest game I'm reviewing until now, just because this game had so much potential and most of the time I almost truly believe someone tried to ruin it all, so I had a hard time distinguishing between what were my preferences and what was really badly made.
The atmosphere of the game, the idea of light vs darkness, the combat (if you ignore the stupid dodge that most of the time doesn't dodge), most of that was actually fine which makes me give it a recommendation (when its not actually a real recommendation because I would only recommend this if you by any chance got it for free and didn't have something else to occupy your time. A bad review would be me telling you that looking to the wall for your spare time would be better than it).
Now what really bothered me about this game, which I already mentioned, is how much they ruined, which even seemed like it was on purpose.
The maps were beautiful, but confusing as hell for no reason at all sometimes, for example, but what bothers me is way deeper. The story could have been so much better than it was so I don't really know what to think of it. Half of it is made of stupid jokes (I swear I didn't laught once the entire time and most of them made me cringe) which doesn't fit in at all with the vibe you expect the game to have (or the ambient and story the trailer promises you). The game started ruining my expectations when you literally find the first enemy in the game and he says a stupid joke...
There are a some repetitive ocasions, for example, you need to head somewhere, get there and they say you need to get to the other side but the road is painfully endless for no reason. Another issue is how the story is narrated and set to the player, because most of the important, mind-boggling and story-changing moments are just stupid imagines on a TV screen that appear during gameplay, not a cutscene, so they are really empty of any dramatism.
Some of the important characters are really bad. The sheriff is boring and bland. The old lady makes no sense to have the role she has on the story. But non of them are as bad as Barry. I swear not a word he spit was memorable, funny, relevant or usefull. He is such a egotistical, badly written and stupid character. I don't know what the hell his purpose on the game is besides pissing off the player. Even Alan thinks he is annoying so why the hell do you put that in the game? It's not funny to see the main character get midly mad if the character is getting you mad too with his stupidity. I swear every time this character was in danger (which happened a few times...) I was begging, begging, to find him dead. There is a part in the game where you need to direct your light to some floating words so they turn real, but at one time the words are hostile if you shine them so this dumb ass character legit says "don't shine them... they are bad words... ahaha - "bad words" " and its without a doubt the most stupid, non-funny line if heard in a game in my life.
Oh and the flying objects most of the time where annoying, a few where fun, and I don't know why but I died a few times by touching inanimate things...
All in all, the game had such a huge potential and I expected way more if they just followed what the hecking trailer showed - a half-horror, half-action, no-nonsensical-and-unnecessary-comedic game. The game had some really good ideas like the use of the light. It was actually pretty good, and some other things would be worth the mention just by their creativity like the story being focused on a writer, and so on, but as you head into the game I feel like the route they take just ruins the opportunities they had.
5/10 - Would have given 2 more points if Barry wasn't in the game or 1 if he died during it. (I would rate the story a 3/10 probably for how much they ruined it from the first quarter onwards(probably after Barry started appearing)).

Recommended
11.8 hrs on record
This game is a game I always wanted to play since I was a kid, but I didn't have enough money for everything. I remember reading up on this game and watching playthroughs and just being enamored by the story. The story to me was pretty fantastic and honestly to me it was still great (other than some confusing potential plot holes), characters are cool, the setting is great. I know that Remedy is setting up it's own universe with Control and is doing an Alan Wake 2 next I'm pretty sure so I'm excited for that. The biggest downside to me is the gameplay, but it's not awful it's playable it's just kinda ok. Like when I died I didn't have a sense of it was my fault I had a sense of "well that was dumb", and then I would do the same thing afterwards and I would eventually get through the level. Alan Wake runs like he has fu c k in asthma or something which is annoying as well because he's in better shape than I am. The driving was weird but Idk. No opinion on that I guess

Cons:
Combat was ok
Alan can't run for s h i t
What was the purpose of the DLC story?

I know I listed an equal amount of good and bad stuff but honestly? I can't hate this game, if you're not into the combat it might just be better to look up the plot yourself or watch someone play it. But it's a good romp and I enjoyed it.

jason13
View all guides
A guide that warns of points of no return?
I'm a completionist and I started playing this game a while back but then was really put off when I reached a point of no return without a clear indication of such, so I could not pick up the coffee collectible from the earlier part of the area. I'm not a fan of guides in general because I prefer to fully explore everything on my own, but it would help to have a guide that would tell me where not to go before collecting everything....
8

Rose
Sep 13 @ 9:30pm
General Discussions
Where is The Signal DLC?
I finished the game but the DLC episodes are not showing up under New Game. It does show the Nightmare difficulty however. Do I have to play the game on Nightmare to unlock the DLC?
6

Randomer
Sep 14 @ 6:57pm
General Discussions
Is Alan Wake connected to Control and Quantum Break?
sorry if this is a commonly asked question or im missing something but I played Quantum Break and currently playing Control. I enjoyed both games immensely because of there "superhuman aspect" and I was wondering about Alan Wake. I believe it has some of the same "superhuman aspects" about it and i was thinking about getting it. Should I get Alan Wake since i enjoyed Quantum Break and Control?...
5